In today’s episode of the Backpacking Light podcast, we’re going to talk about gear and skills for pitching ultralight shelters in inclement conditions – rain, snow, wind, and cold. 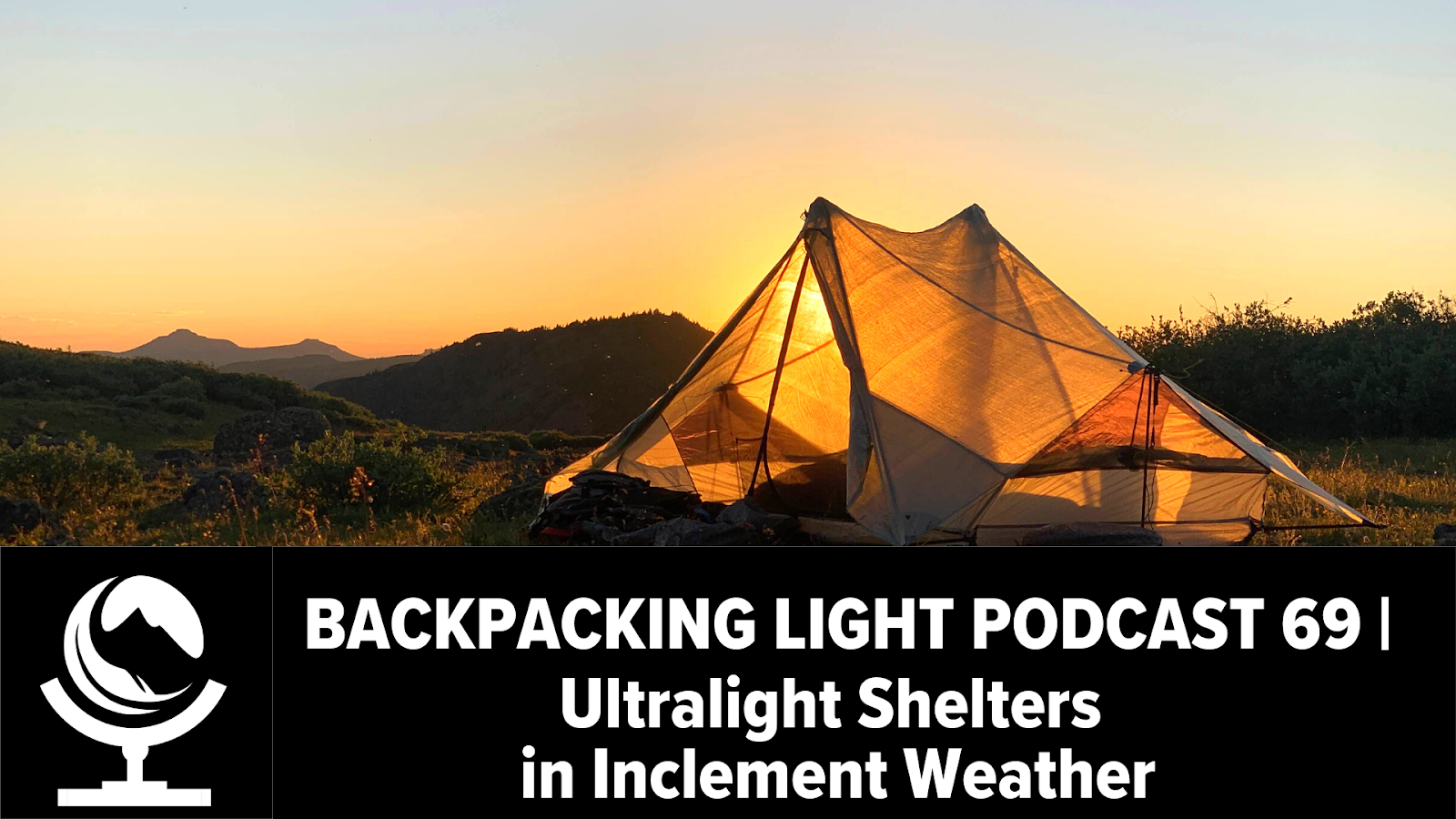