You are here: Home / Articles / It’s Time to Talk About Campfires

It’s Time to Talk About Campfires

Why do so many of us still feel compelled to have fires? 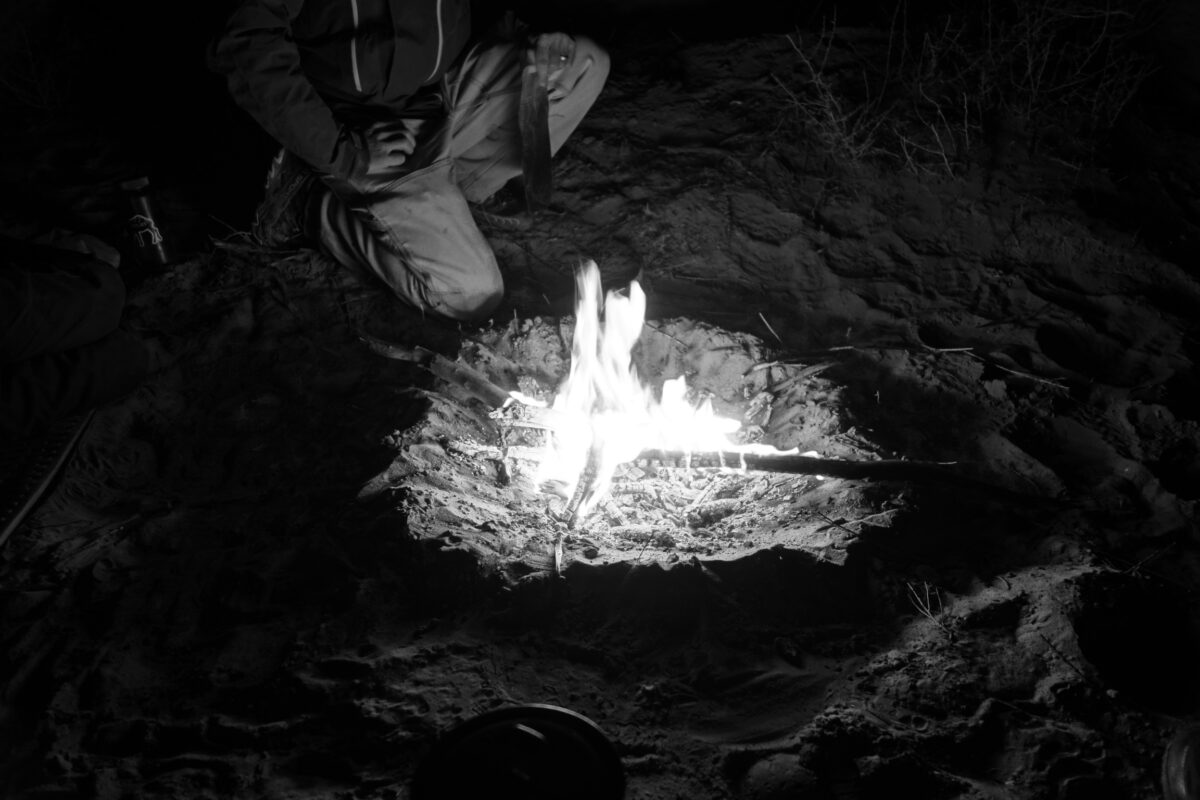 When I was a kid I loved playing with fire.

I enjoyed starting the fire when my family would go camping, and I was constantly tending it. I wanted to know what would burn, so I would experiment. Green spruce bows popped and spat but eventually burst into flames and then flamed out quickly. Pretty exciting. Pine and fir bows: same deal. Dry juniper bows spat and sparked loudly, flaming up and dying back just as quickly. Cowpie? Eventually burns, good to know. Because I was raised by parents who generally care about the world around us, I didn’t experiment much with tin foil, cans, Mountain House bags, or glass bottles when camping.

But at home – when my parents weren’t looking – I experimented. What happens when ants burn? What about a ripe apricot? These were questions I felt utterly compelled to find answers to. And so I did my best. Ants shrivel up and extinguish with a subtle pop which you can hear if you listen closely. Apricots require explosives.

The tension between experimentation for experimentation’s sake and an outright desire for destruction is difficult to untangle. And then why did this infatuation just evaporate at some point? But also why, when I do find myself staring into a fire as an adult, am I totally captivated, awed?

Professor of Anthropology Daniel Fessler has researched this topic and offers some clarity here. In his paper, A Burning Desire: Steps Toward an Evolutionary Psychology of Fire Learning, he says that just as humans and primates are born with an inherent fear of snakes, we are also born with an inherent fascination with fire. Kids in traditional cultures are expected to be interested in fire with their curiosity peaking around age six and a half. Fessler says that besides fire’s use for survival (warmth and light) it was also evolutionarily advantageous to have an interest in fire because it expanded our diet, what we were able to hunt.

Controlling fire also aided in developing tools, combating predators, and managing wild plant resources. And because humans inhabited all sorts of different environments, there was no universal mastery of fire. Fire making had to be learned in each new environment. Everywhere we went we had to find out what burns, what makes fire, and how to keep it going.

He goes on to say that children in traditional cultures don’t really play with fire, rather their interest is more practical, utilitarian. They bake pretend food, or even cook little bits of real food, for example. He thinks this is probably due to the mundanity of fire in these cultures. Fire in western cultures, on the other hand, is anything but mundane. We use it for celebrations. We set off fireworks on the Fourth of July, we burn giant effigies at gatherings like Burning Man, and we barbecue fancy meats to celebrate someone’s graduation or birthday.

And, of course, we light campfires when we go backpacking. Sometimes I wonder if this too is a ceremony of some sort, a celebration that we have escaped the office, that we have found the forest and the big sky full of stars. We did it!

It stands out to me that my interest in fire peaked not in middle childhood but in my early teenage years. Fessler says it is common in western societies today for interest in fire to peak around age 12. But then I’m left wondering if that’s really even true. I know plenty of adults who can’t go backpacking without having a fire each night. They poke at it incessantly, completely transfixed. I wonder if our interest in fire never goes away. I wonder if, when we don’t live in a traditional culture, fire experimentation becomes fire play and simply extends into adulthood, where we are still just trying to find out what burns, what doesn’t. I wonder if there is ultimately no purpose to this fire play and if we should have stopped when we were kids.

So I want to ask the backpacking community why many of us still feel compelled to have fires. Considering the severe drought conditions across much of the western United States and all the wildfires raging west of the hundredth meridian, maybe we should take a deeper look at this desire.

I know there are fire bans in many places now, but even before that, we should have known better. The Pack Creek Fire near Moab, Utah was started by an unattended campfire. Maybe if whoever left that fire burning had paid a little more attention when playing with fire as a teenager they’d know that the ground was dry, the crispy ponderosas just waiting for a spark. But maybe that’s wishful thinking on my part. Maybe our fireplay is now displaced. Instead of learning about the interactions between fire and the world around us, we have gotten sucked into the fire itself, what it consumes, how fun it can be. Maybe the ceremony of lighting it and the distraction of its mystery have superseded the practical implications of our mastery of the tool.

A group of friends and I recently walked the South and North Coast trails on the Olympic Peninsula and found ourselves camping in the rainforest on our last night. I looked up at the giant firs and cedars and listened to the eerie-sounding birdcalls echo through the forest. I examined sword ferns and felt occasionally the salty spray of the sea reach us where we stood amongst the trees. But when my friend started a campfire, all that faded away.

He piled so much driftwood on it that I had to back up. Then I somehow found myself with the job of spark stomper. Then when it got dark I got sucked in and just stared at it. The common phrase for this act – Cowboy TV – is telling, for what is TV but a distraction from the world around us? I thought about how addicted many of us are to our screens these days and pondered if Cowboy iPhone could be a more appropriate name for the distraction that fires provide. It’s striking that the act of fire staring is unique to western societies and that it is virtually nonexistent in traditional societies. 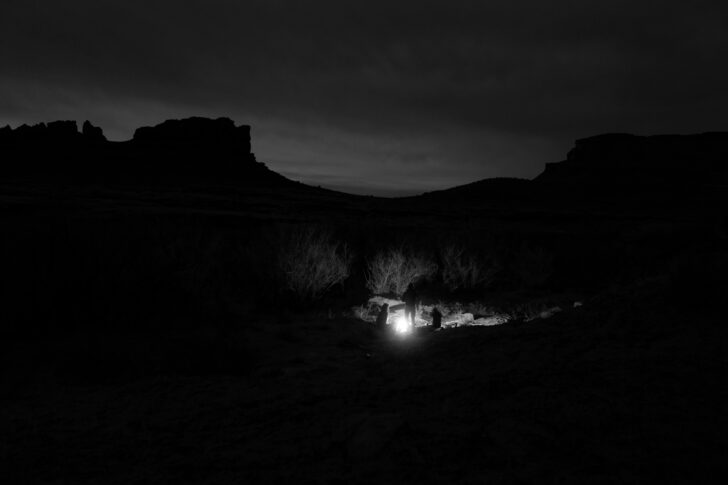 Of course, I will make a fire in winter if it is very cold and when nights are long. In other seasons I will start a fire if someone has fallen in a creek, or if everyone’s clothes are soaked from a storm and we need to try and reset things a bit. And I will stare at both fires and iPhones plenty more in my life, but when I do, I will try to think a little more deeply about what I’m doing. I will try to be thinking about how adult interest in fire might not be all that different from other evolutionary holdovers such as the fight or flight instinct transmuting into anxiety when we’re stuck in rush hour traffic. And if I feel a desire to start a fire and know it is not actually needed for survival, I should try and remember that I may actually be engaging in an adult form of fire play that should have faded away a long time ago.

And the arid land will probably thank me for my fireless camp.