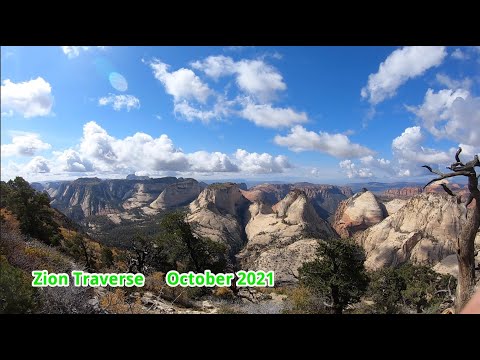 We traveled the “Zion Traverse” from LEE PASS, in the far Northwest corner of Zion National Park to the Grotto.

Solitude: 7 out of 10 It was actually quite remote and quiet

However: The last 2 miles passed Angels Landing and was a complete circus.

We hired Zion Adventures to Shuttle us to the trailhead.  We left our car in the Visitor center parking lot.  When you get the permit they give you a tag for your dashboard to park durring the allotted time.

We to the La Verkin Trail to campsite 11 near the Kolob arch. The views were breath taking. The trails were very easy to follow. At no point in this hike did we have to consult the GPS or map and compass. We saw almost no one as we progressed to the campsites. I would suggest campsites 11 or 12 as they are vey remote and private.

Day 2 Brought us thru The Hop valley trail to Wildcat Canyon. Before beginning hike we cached water at road crossing near Fire-pit Knoll. Again stunning views and a very nice hike. Lots of solitude.

Day 3 the rain gods showered us with water. Nothing like 12 miles in slippery mud slopes, torrential rain and cool days to motivate you to get the miles done. Camped at West Rim #6

Day 4 brought us across the West Rim. It was stunning. Some of the most beautiful canyon I have even seen.

Then the last 2 miles or so we got to Angels Landing. Hundred of people screaming, yelling playing their music. One woman had her “service dog” — a French bulldog. Everything you want to get away from. I guess this is the price we have to pay to keep the public tax dollars into the system. And I guess its good to keep them all bunched up a in a small section of the park.

Would I recommend this hike? Yes. Just be prepared to come out of backcountry solitude into a crowd resembling that coming out of a football game. 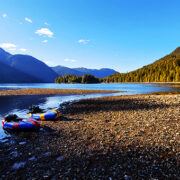 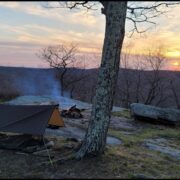 Camping with my tarp and bivy 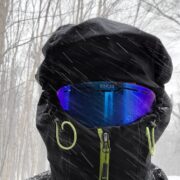 Camping in a Catskills Blizzard