You are here: Home / Science & Technology / Testing & Research / Lipstick on a Pig? Wind & Cold Temperature Testing of the Jetboil Stash (StoveBench)
Enjoy this free preview of Members-only content.
Login or Subscribe to see it all.

Product reviewers across the internet are singing high praise for the new Jetboil Stash. Jetboil sent loaner samples prior to its release to YouTubers, bloggers, and affiliate marketers. Some claims that have been written:

Another reviewer writes that it “performs on-par with similar canister stoves in wind” but acknowledges that "in anything more than a light breeze a windscreen is needed. However, a simple foil one weighs little, certainly far less than the big collar found on more wind resistant Jetboil stove systems."

This reviewer's comments suggest that a "simple foil windscreen" is all that's needed to address the deficiencies of "similar" canister stoves (which are no longer "par-stoves" when considering the performance of wind-resistant canister stoves from MSR and Soto (which have now been on the market for several years).

In addition, those of us that spend any amount of time camping in windy conditions know that a "simple foil windscreen" not only adds complexity to our cooking systems, but can't hold up to anything more than a 5 mph breeze unless they are made of metal that's several mils thick, and adds 2-3 oz (57-85 g) to our cooking system. And we've already shown that the big collar on other Jetboil stoves does little to improve the wind-resistance of their burners. Our members have been removing the plastic collars from Jetboil stoves (to remove weight) since they hit the market in the mid-2000s, with no loss of performance.

So I'm curious to see how the Stash actually performed in the field and when subjected to inclement weather. To do that, I had to resist the urge to accept the pre-release invite to test samples of the Jetboil Stash provided on loan for a very limited period. Instead, I bought my own and spent a little time getting to know her. Sort of a pre-engagement period, I suppose, before popping the question:

Dear Stash, would you like to become a part of my gear kit?

This isn't a product review - it's a test report. And I only test performance in terms of boil times and fuel economy. I'm not going to talk much about ergonomics, design, aesthetics, its cute nesting features, the included squirrel-branded repurposed mini-gas canister stash container, or brand marketing. 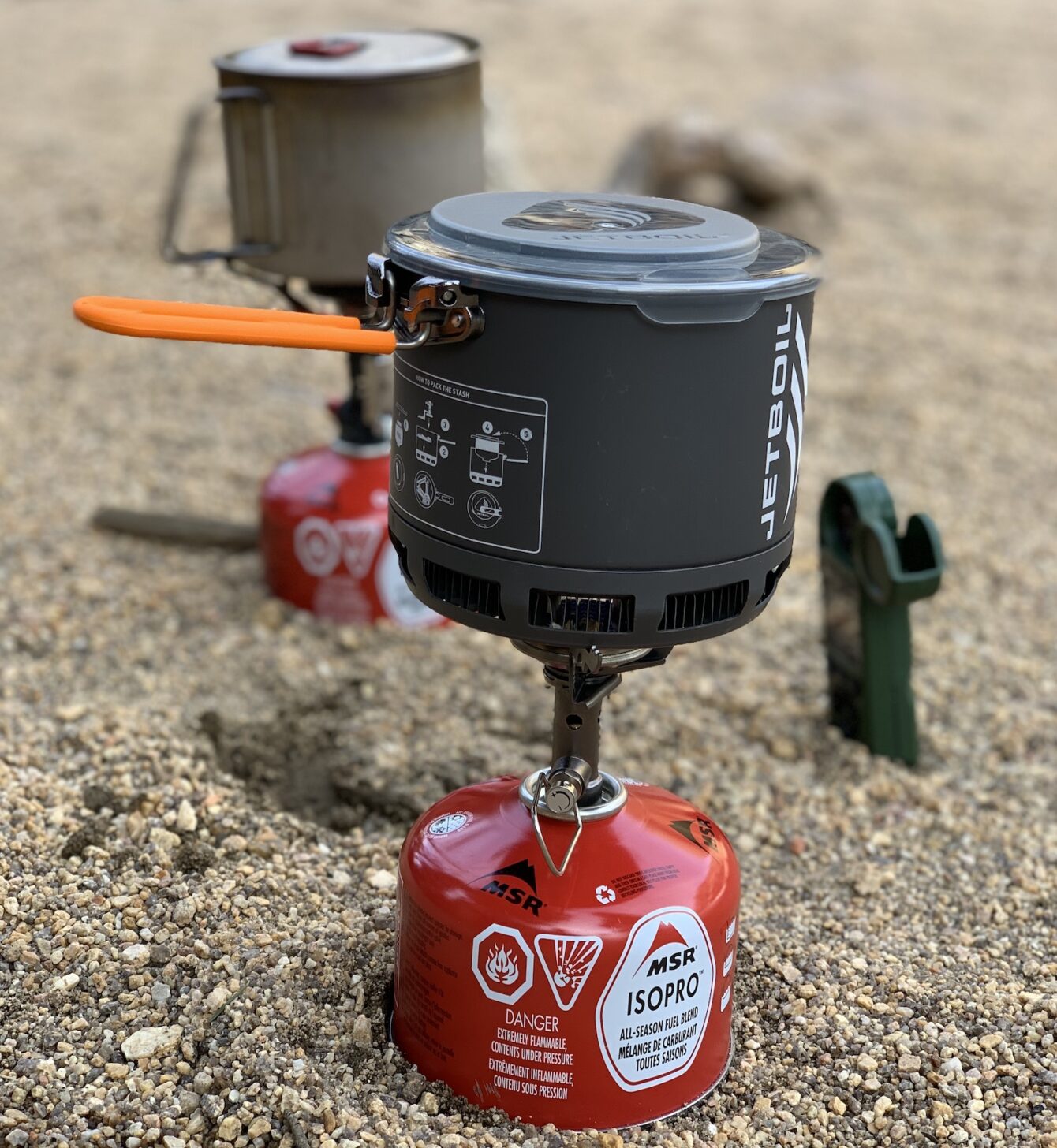 And to be fair, when I unboxed the stove kit, my immediate response to the ergonomics and aesthetics of the kit was "well done". 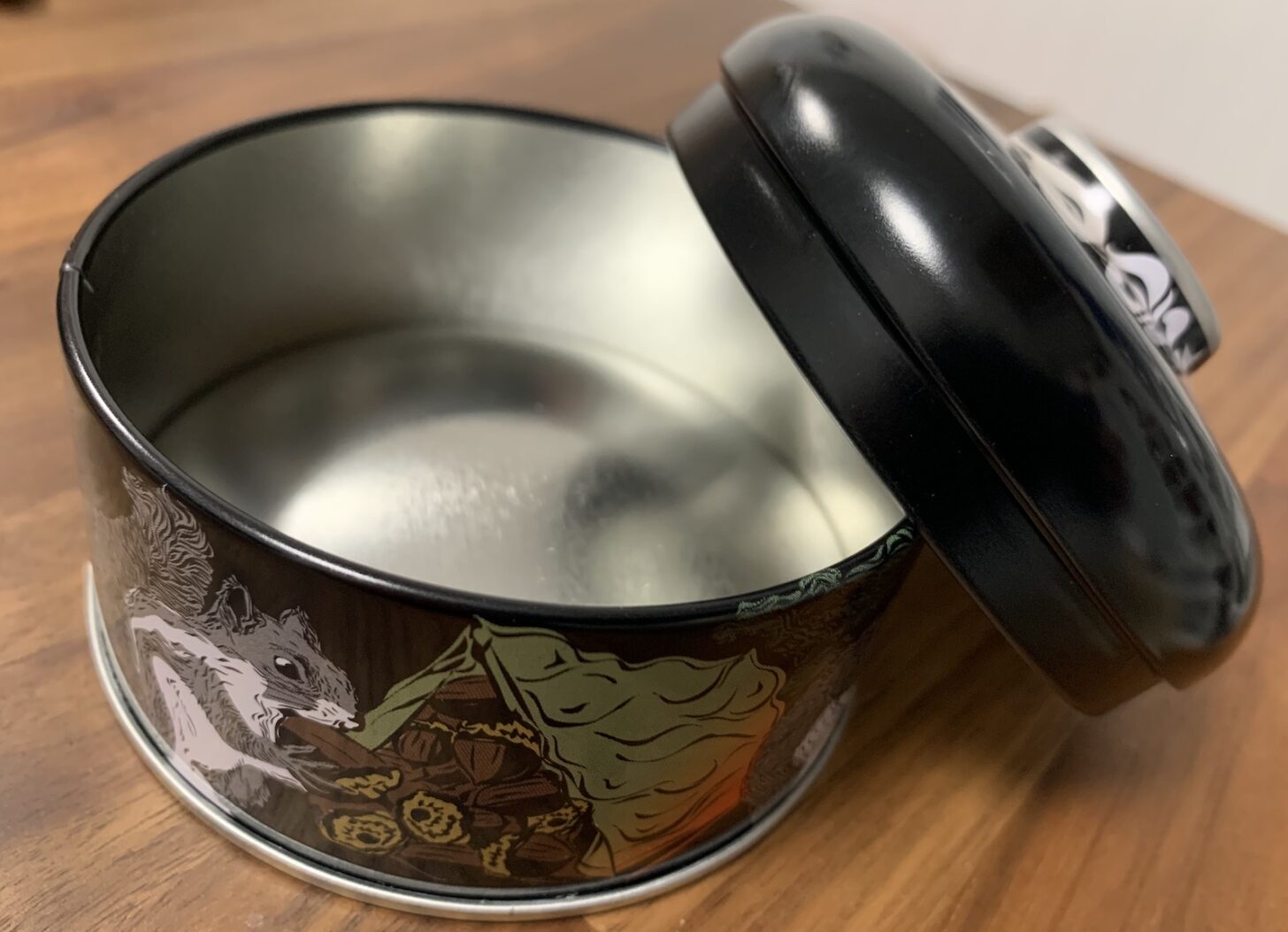 The Jetboil Stash Cooking System comes with a repurposed 110-g net weight fuel canister stash container. I purchased mine on the open market. The stash container that came with the kit was empty...

What makes me pause:

For all tests described in this report, the Jetboil Stash Cooking System was directly compared to the highest-performing upright canister stove we've tested, the MSR Pocket Rocket Deluxe (which was used with the 0.9L MSR Titan Kettle). In outdoor tests, both stoves were operated side-by-side so they were exposed to the same wind condition.

The StoveBench stove testing protocol was used for all tests. The following table summarizes the test parameters for each of the tests conducted:

Member's only version is 3,700 words and includes 18 photographs and/or illustrations.