This MSR WindBurner Review determines if this canister stove is a good choice for backpacking trips as well as if it is "windproof." 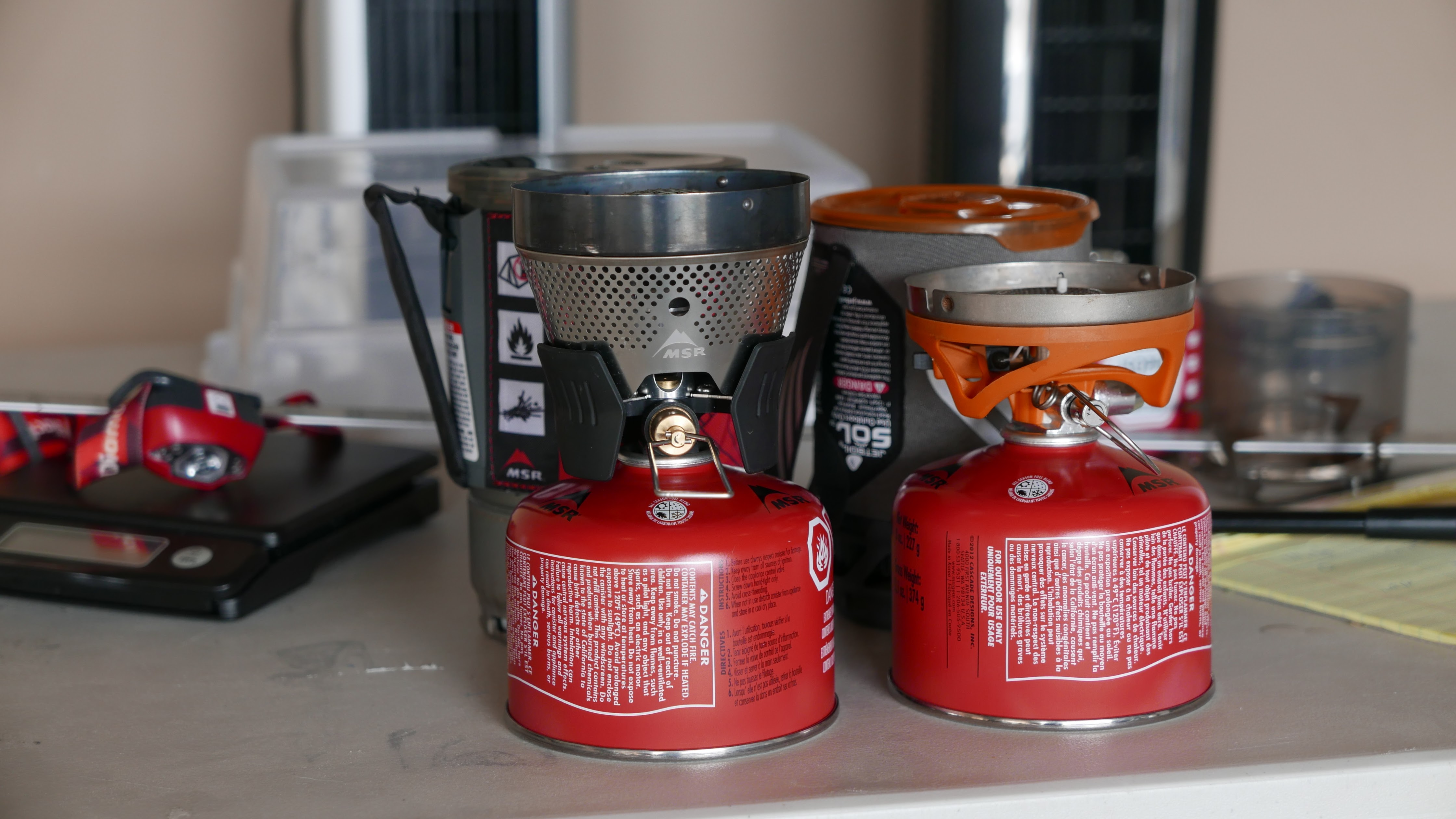 by Eric Vann and Ryan Jordan

The MSR WindBurner is a 1-liter (33.8 oz) capacity, radiant-burner, integrated canister stove system. MSR claims that the WindBurner’s “100% primary air combustion, enclosed design, and internal pressure regulator work together to make [the] stove virtually impervious to outside conditions” (which we presume means “stormy” i.e., windy). So is this true? This MSR WindBurner Review features testing to see how it performs head-to-head against the Jetboil Sol in response to artificially-generated wind.

Three of the most popular integrated canister stove systems with a volume of 1 L (33.8 oz) or less include the MSR WindBurner Stove, the Jetboil Flash Lite Stove, and the MSR Reactor Stove:


The MSR WindBurner and the MSR Reactor use radiant burner stove technologies and a highly wind-resistant (enclosed burner) design. The primary difference between the two is in their heat output and flame regulation: the MSR Reactor, at 9,000 BTU/hr, is primarily a snow-melting stove for the mountaineer. The MSR WindBurner burns at 7,000 BTU/hr and offers finer simmering control with a different pressure regulator valve than the Reactor. In addition, the WindBurner is more compact, and has an integrated pot cozy and handle. This makes it more similar in usability to the immensely popular Jetboil Flash Lite, the successor to the now-discontinued Jetboil Sol.