This will be a very short trip report but I wanted to share a bad experience I had due to poor planning.

Attempted Skurka’s wind river high route. A lot of people do it in under a week. We tried to do it in 9 days just in case we struggled with the miles, elevation, and off trail navigation. We both were in reasonably good shape.

We drove from sea level and stayed at a hotel (1,800 feet) on day one. We then drove to Dubois, WY (6,900 feet). On the first day, we hiked from trailhead (7,139 feet) to camp (10,800 feet). The next day, we hiked up to 13,000 feet and then back down to 10,000 feet. We were really dragging that day. Both of us didn’t feel that great. I completely lost my appetite (in retrospect a big red flag), and my hiking partner had a lot of abdominal discomfort. By the following day, she woke up in the middle of the night and immediately started vomiting. We bailed.

Once we returned to lower altitude, things got a lot better quickly. We spent some time backpacking in the Tetons and spotted some fairly rare bighorn sheep in the area (we saw 5 of the approximately 100 in the area!). We drove around Yellowstone to be regular tourists. The geology of that place is insane. Overall, the remainder was a pleasant trip.

We made a huge mistake with our ascent and went too high too fast. We took acetazolamide, but after further reading, 40% of people still get altitude sickness on the drug. No amount of training can prevent it. Hydration doesn’t work. Susceptibility is probably genetic. We had both been up to 14,000 feet with no problem prior, but that was years ago and we had quite a bit of time to acclimatize. Although I felt decently, she had developed altitude sickness several years ago due to a rapid ascent to 16,000 feet, so we knew it could happen. Being an ultralight, fit, experienced person simply won’t make up for your fundamental biologic limitations.

In retrospect, we would have probably added some super short days in which we ascended slowly. It takes around 3 days to acclimatize. It would add extra food and weight, but the days would be short and we’d eat the food down before we attempted the big climbs.

Also, that west gulley coming off Wind River Peak is the chossiest pieces of choss that I’ve ever chossed. We accidentally set off a major rock slide, and the gully is narrow enough that we likely would have seriously hurt or killed any party that was below us. Fortunately, there wasn’t anyone, but it would be hard to see from above. We repeatedly yelled, “Rock!” which seemed a bit futile. We also saw a refrigerator sized boulder spontaneously release off the side of the gully, fall 100 feet, and then smash into the glacier below. I think Skurka way undersells how dangerous that place is. Most climbers would wear a helmet in a place like that, descend side-by-side, and carefully coordinate with other parties to maximize safety. Most backpackers wouldn’t do any of that. It’s really not worth it to save a few miles. 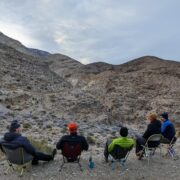 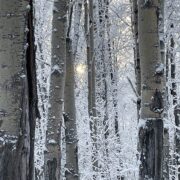 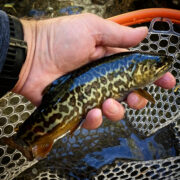 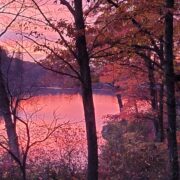