You are here: Home / New Features / What is ultralight backpacking? (how we talk about ultralight) 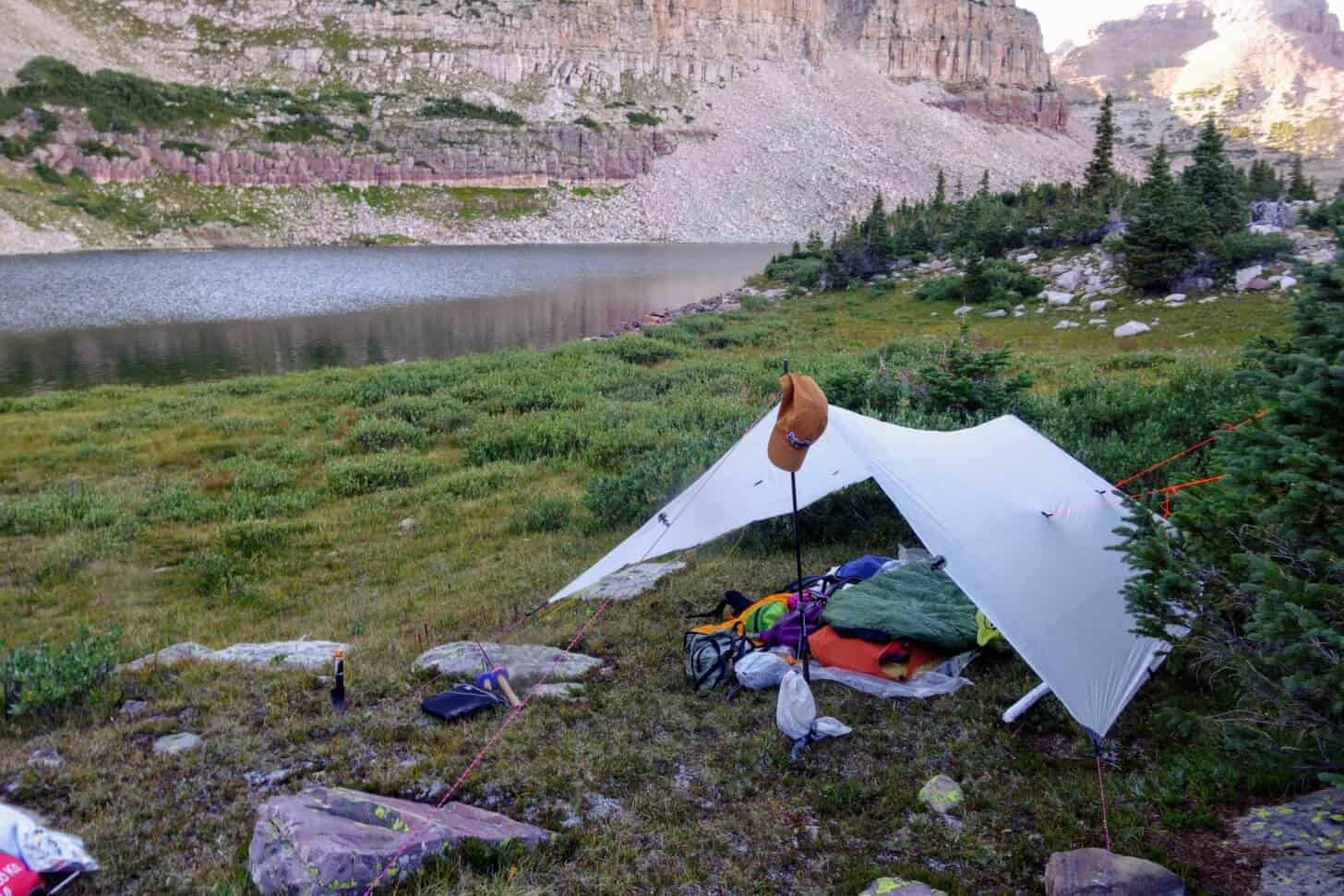 Iconic ultralight – my Cuben Fiber tarp, a 14-oz down quilt, trail running shoes for footwear, 20+ mile days, and a base pack weight of less than 10 pounds during a Uinta High Route traverse, Utah (2014).

What is ultralight backpacking?

If you pose this question to a community of “ultralight hikers” (sic), here are some of the answers you’ll get:

And on and on.

Ultralight backpacking (the topic in general, the ideological principles, and the community at large) has been maligned by critics in some form or another since the niche was popularized by this “label” back in the 1990s. The reason for the criticism may have more to do with people’s attraction to sound bites than it does with any substantive failings of the ultralight ethos to solve hikers’ problems. We (proponents) of ultralight backpacking must bear some of the blame, as a result of our own desires to compartmentalize what ultralight backpacking is (“…a base pack weight of less than __ pounds”) and is not (“…in ultralight backpacking, we don’t use camp shoes, camp chairs, or double-walled tents.”)

These definitions lack utility if you are actually a student and practitioner of the ideology. As you immerse yourself in an area of study, defining it becomes more nuanced and complex – and irrelevant. 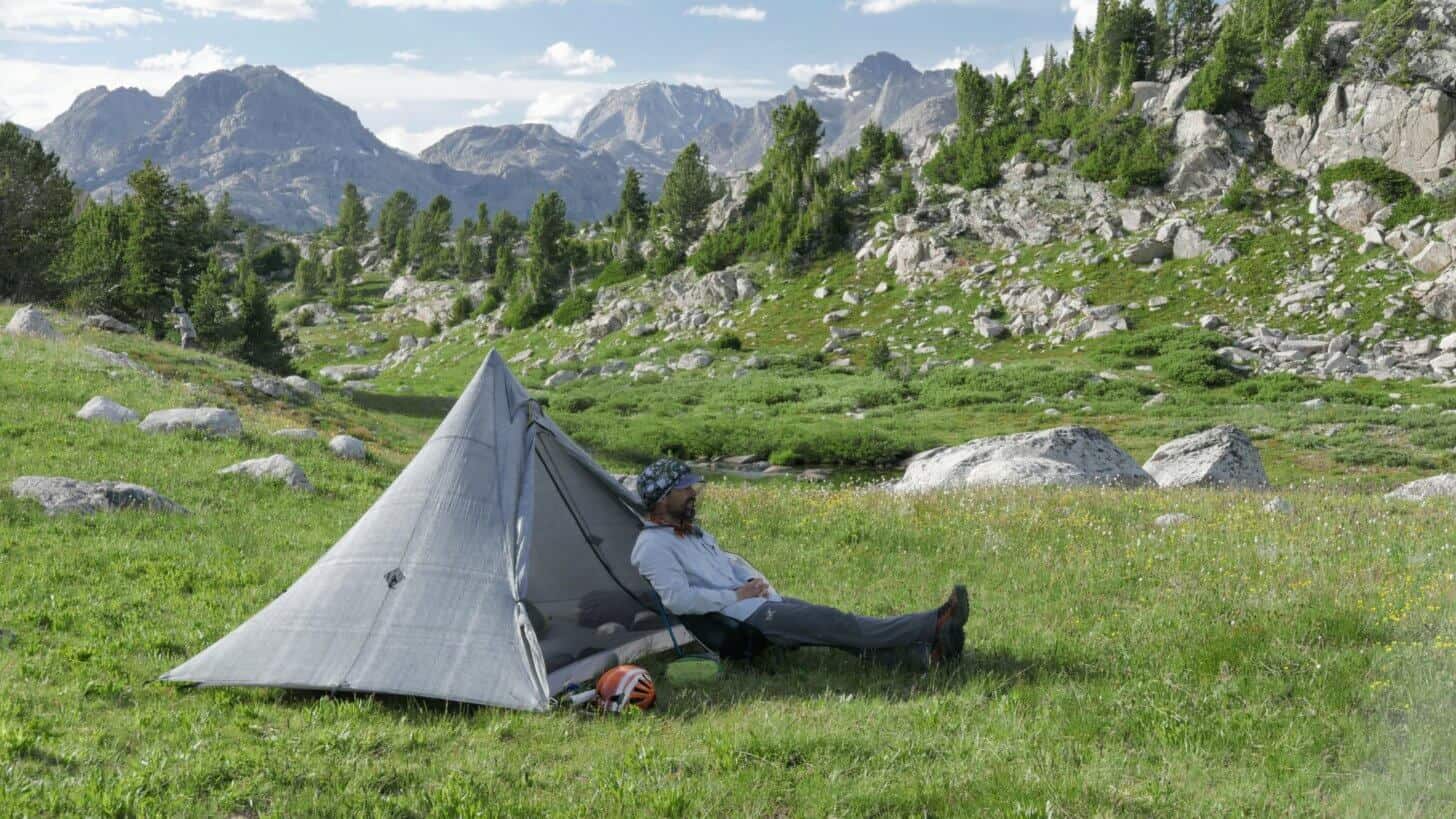 On this 12-day trek through Wyoming’s Wind River Range (2015), I wore mountain boots, slept in a double-walled tent, packed a camp chair, carried a rope, and my starting pack was about 50 pounds. In spite of the fact that I applied ultralight principles aggressively on this trek, this type of experience doesn’t fit neatly into the ultralight backpacking box defined by many hikers.

To me, ultralight backpacking is a practice centered around the idea that one should solve a problem using as little as possible, but that which is used to solve the problem should be as effective as possible. Defined as such, the actual weight of individual pieces of gear, or one’s pack weight, matters less and takes a back seat to the performance-to-weight ratio of your gear.

Ultralight backpacking is more about a decision-making framework (e.g., weight vs. cost/performance/safety/comfort), understanding how gear design influences performance, studying risk assessment, learning the skills that allow you to depend less on gear, and questioning the status quo (industry) recommendations for what is safe, comfortable, and required for backpacking.

Ultralight backpacking is about skills and intentionality in various contexts, not pack weight – and this is what characterizes it as a distinct practice within the overall backpacking community. 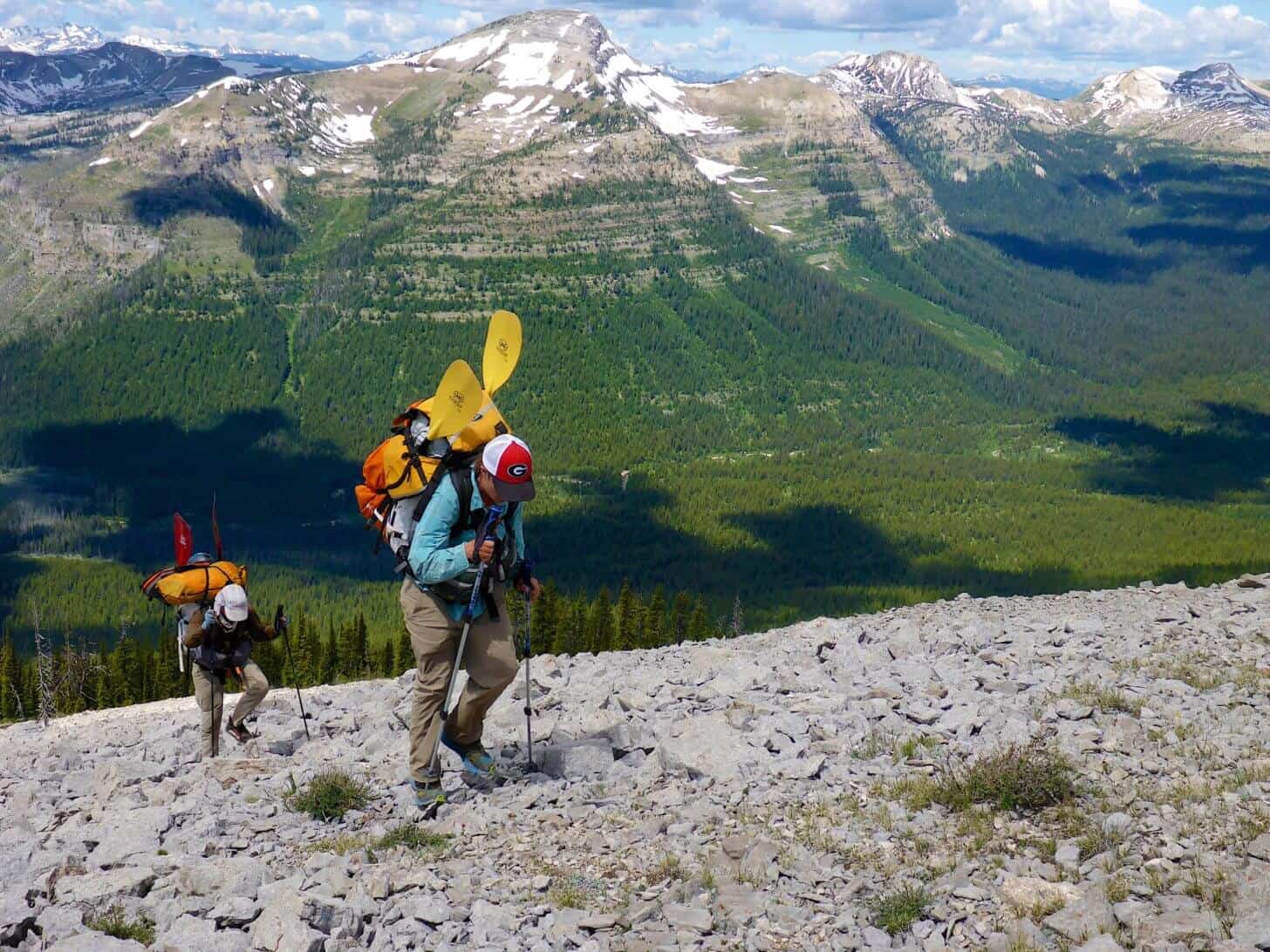 By pack and paddle: 13 days (no resupply), 105 miles – carrying 45-55 pound packs with packrafting gear to the crest of the Chinese Wall, Bob Marshall Wilderness, Montana (2014). This trip would have not been possible for these teenagers without applying an ultralight ethos.

During a consulting project for the Marine Expeditionary Rifle Squad (MERS) back in 2010, I was tasked with working with their equipment procurement and development divisions to reduce the weight of the individual camping equipment (ICE) carried by squad members in Afghanistan. Considering that they carried a pack with an average weight of 120 lb (ranging from 110 to 140 depending on their role in the 13-member squad) and that their ICE comprised more than 40 pounds of this equipment, I was pretty confident that I’d be helping them drop their pack weights significantly. Alas, while my team was able to reduce their ICE by more than 40 percent, it made zero difference in changing their average pack weight, which remained the same. Why? Because they were trained to carry 120 lb, and the reduction of ICE simply made room for more bullets (and other weaponry). So was this an application of ultralight backpacking? I’d argue “yes” – ultralight backpacking principles allowed them to become more effective, and more powerful, combat soldiers.

I posted an example of this on Twitter, which seeded some feisty discussion.

Great example of an author who has spent very little time connecting to, or understanding, the ultralight backpacking community, but still loves to write authoritatively about it: https://t.co/ySHgYcMPX1

Some of this dogma is based on the easily-communicable claims that:

Maybe we shouldn’t outsource our intellectual autonomy to ideological principles that often break down when they are actually applied in practice. Unfortunately, as our society increases its thirst for clickbait, we are tempted to formulate a simplified worldview from headlines and sound bites. 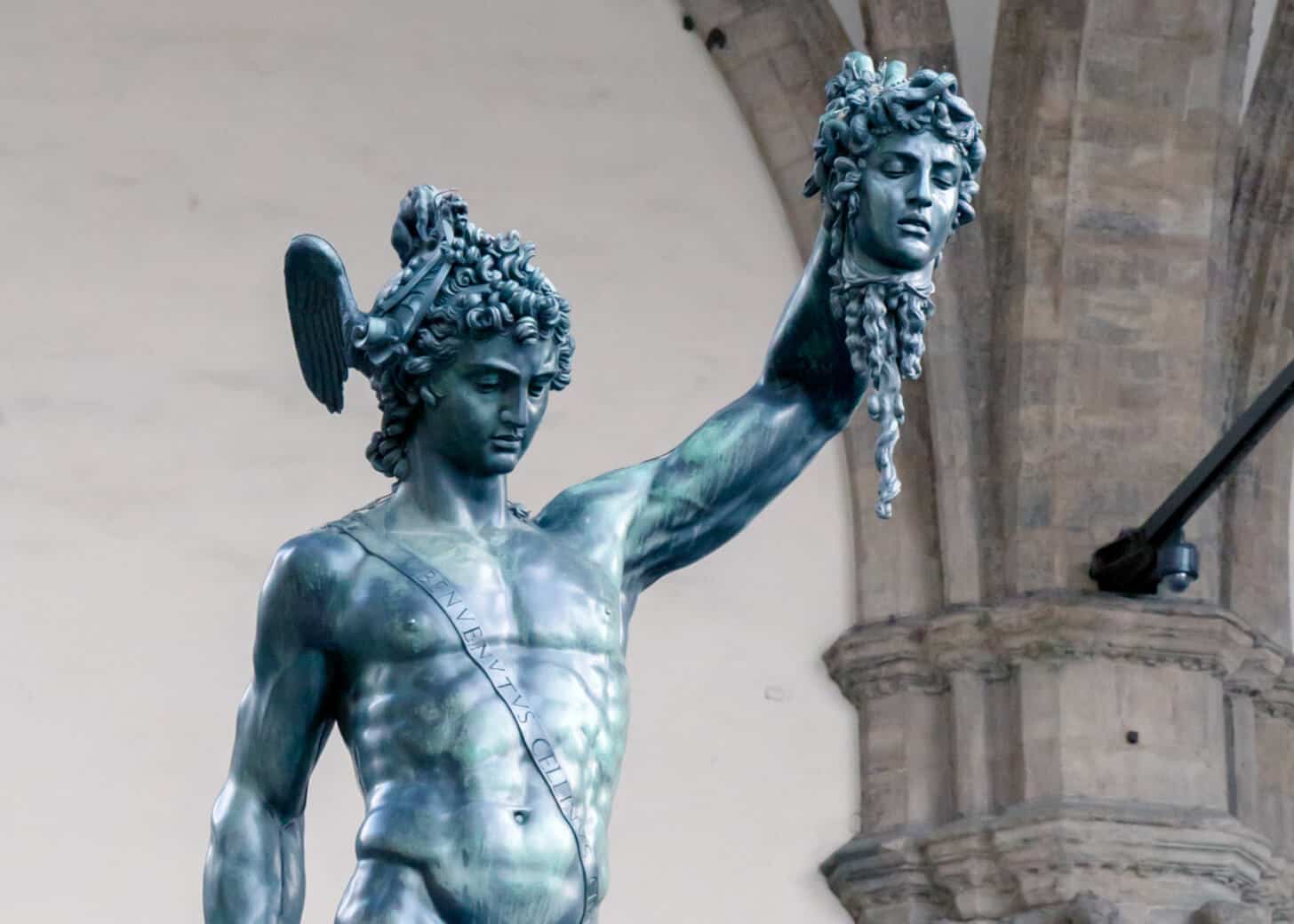 To advance our knowledge of ultralight backpacking in a meaningful way, publishing ideological sound bites seems irresponsible to me. However, in an internet age where success is equated to clicks, niche publishing communities depend more and more on financial models based on advertising and affiliate revenues. Maybe these financial models are the real culprits, and bloggers are simply adapting with strong financial motivations to bait readers.

While I am grateful for our own advertising and affiliate revenues, and their ability to help us stay in business for nearly 20 years, we are growing increasingly less dependent on them. Given our strong subscription base and continued membership growth, we don’t depend on clickbait or “Best Ultralight Gear of 2019” affiliate shills in order to pay our bills or our employees. My own passion is rooted in creating the content that advances the knowledge of those of you who want to experience meaningful growth in your quest to lighten your pack while pursuing your adventure goals. The desire to focus on high-quality information instead of maximum traffic was the driving motivation behind the recent launch of our podcast, the production of YouTube videos that focus on depth instead of view stats, and investment into comprehensive content such as the Canister Stove Gear Guide, StoveBench, or long-form story video content that immerses the viewer in an experience that requires some commitment on their part.

Whether developing personal skills, investigating the scientific basis of how things work, researching healthy living, or trying to sort out (accurately) how policies are created and executed by our government agencies, I’ve always placed a very high level of value on being careful, intentional, objective, and open to different perspectives. Many of our members and readers share these values, and this value framework has shaped Backpacking Light’s editorial direction over the years.

But we live in a new era where elitism (and the style of criticism that’s borne from elitism) seems to dominate public discourse about anything and everything. It’s worth exiting that unproductive social lane, not only for the sake of the health of our community but also so you can remain engaged in the study of ultralight backpacking in a thoughtful and meaningful way without getting distracted by clickbait content and demagogues that don’t actually contribute to the advancement of our outdoor knowledge and experiences.

The meaningful study of information, careful interchange of thoughtfully-crafted discourse, and the engagement of the brain for quiet thinking and problem-solving will always remain at the core of what I want to publish here at Backpacking Light. These values frame how I wish to facilitate the growth and development of the ultralight backpacking community, and will provide the basis for how we talk about ultralight backpacking here.

So if you’re looking for articles or videos about the “Best Ultralight Tents of 2019” or “Why Ultralight Backpacking Doesn’t Work” or “The 10 Biggest Mistakes Ultralight Backpackers Make” or “The 7 Things You Can Do Today To Drop Your Pack Weight to 10 Pounds or Less” – then you’ve probably come to the wrong place.

Those of us who are fortunate enough to call the first world home face a unique crisis of cultural identity when it comes to determining our status within our culture.

Gamification (including the exchange of badges and emoticon reactions) of social media and forums is a testament to people’s thirst to be recognized, and distinguished, within a community. More than one of us has desired, adopted, or been recognized as an “ultralight backpacker” or “SUL” etc., or at the very least, received compliments about our gear list spreadsheets or Lighterpack graphs.

On the surface, this sort of identity assignment allows communities to compartmentalize their members in an easily-understandable fashion (e.g., tarp campers, bushcrafters, thru-hikers, Dyneema addicts). It’s worth noting here that the assignment of these identities is sometimes overt (publicly bestowed upon the members by the community), but often simply self-assigned (whether publicly or privately) by the members themselves. The assignment of these identities spawns further compartmentalization (e.g., pack weight breakpoints that divide the extent to which you actually practice ultralight backpacking). Inevitably, what originally brought the community together results in fragmentation as a result of identity sub-cultures within the community. Of course, this isn’t unique to ultralight backpacking. It’s an inevitable equilibrium point in all communities – citizens, family members, PTA boards, scout troops, political parties, religious communities, etc.

Identity culture, compartmentalization, and simplification through definitions are not inherently bad things. However, acknowledging their presence and recognizing their limitations is necessary if we are to release our hold upon them, and advance our sport and our community culture. Setting aside identities and the criteria that define them will allow us to foster a community that is open to new members, new ideas, and new methods that we can add to our growing arsenal of chaotic and unordered tools that we affectionately know as ultralight backpacking. 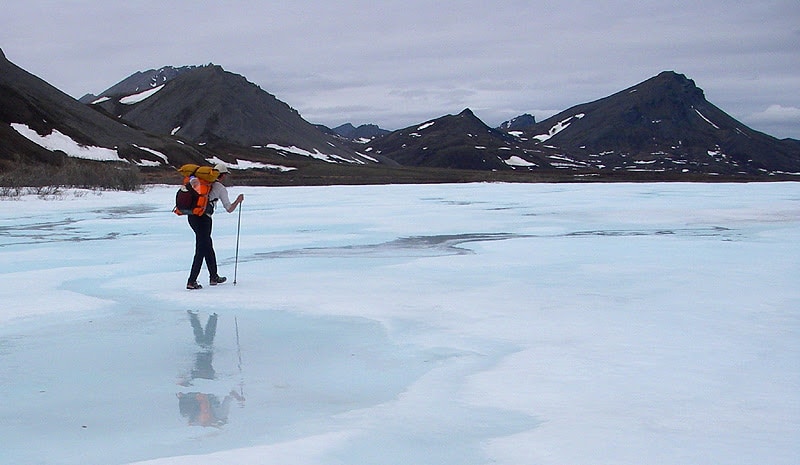 Home › Forums › What is ultralight backpacking? (how we talk about ultralight)