You are here: Home / Articles / Thru-Hiking the John Muir Trail in October 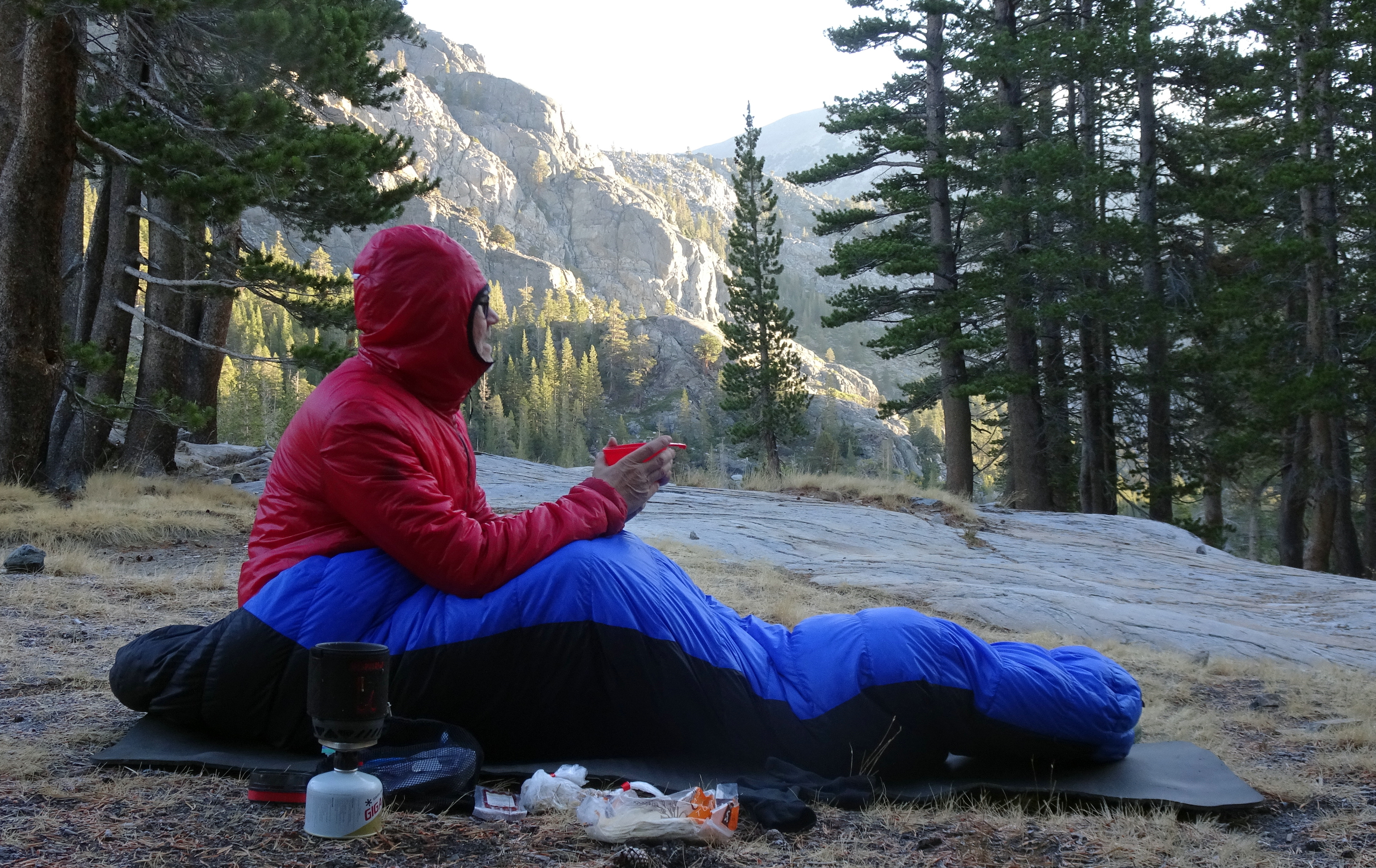 The high route through the Sierras, the John Muir Trail, is well traveled. Thru-hiking the John Muir Trail in October may not be the ideal experience for someone who likes to find his way through wild areas on his own, and thru-hiking the John Muir Trail in mid-summer may pose a challenge for the introvert! But if you hike off-season there might be solitude enough to digest the spectacular mountains. So Jorgen Johansson decided that October in the High Sierra might be a good idea. He also knew that he was flirting with winter. It all turned out to be the greatest mixture of beautiful landscape, sunny days and challenges that he has experienced as a backpacker.

I am halfway up a seemingly interminable rock wall. Sitting on my pack in the snow, I am looking between my feet at a giant cauldron beneath me, towards black lakes and a soaring gray wall, swirls of mist, and patches of snow that only enhance the forbidding bleakness. I am sipping on a cup of water and chewing on some chocolate and cashews. The wall I am on actually has a trail, something hard to believe when I watched it from below. In numerous serpentines, the John Muir Trail is taking me towards its highest pass, Trail Crest. It is October 19. Tomorrow I will have finished my hike.

Why hike the John Muir Trail, mostly called the JMT, in October? It has to do with two things, what the JMT is and what I am. When John Muir founded the Sierra Club in 1892, he probably did not realize that it would be the pattern for the grassroots environmental associations that exist in all democratic countries today. The Sierras of California were John Muir’s cathedral, and he wanted to preserve the most spectacular areas for future generations. Becoming an icon was probably not part of the plan, but when he died in 1914 the crest-parallel trail, conceived by Theodore Salomon, was named after him.

The trail had then been under construction for several decades and was not finished until the completions of the Golden Staircase towards Maher Pass in 1938. The JMT was meant to be a glorious trail through a glorious range of mountains, the Sierras, and it certainly is.

Today these 221 miles (356 kilometers) stretching from Yosemite National Park to Mount Whitney is one of the most spectacular trails in the USA and is hard to beat in any part of the world. It is also one of the most coveted trails and thus heavily regulated. To hike the JMT, you need a permit and during the peak hiking months of July and August, it is usually solidly booked way ahead, even if some permits are reserved for walk-ins.

For a guy like myself, who likes to travel solo across desolate country north of the Arctic Circle, the sound of 3500 hikers a year maximum limit for the JMT, crowded into a few months, is not a dream scenario. But I wanted to see the High Sierra and my experiences of hiking popular areas off-season are good. Hiking in late September and October would mean that permits would be no problem, and there would be few people on the trail. For work reasons, I could not make it before October. I knew this meant flirting with winter, but that is something I have done before and felt confident that at its worst it would likely mean nothing more serious than having a hard time. At its best it could be the hike of a lifetime.

Going north to south is the direction chosen by most JMT-ers, and it made sense to me as well. It means a slow build-up of expectations as the scenery is getting more and more spectacular as I went from low country to high. I would have the sun in my face and meeting fewer people would mean the trail would be “mine” to a larger extent.

I would be going from the moderate elevation of 4000 ft. (1200 m) above sea level at Yosemite, to passes near the end of the trip, like Forester Pass, with elevations above 13,000 ft. (4000 m). Starting low should help, because the biggest unknown about the hike was how my body would handle the high elevation.

Home › Forums › Thru-Hiking the John Muir Trail in the Fall