In this installment of Standards Watch, Rex Sanders tackles sleeping bag ratings: the standard, the pros, and the cons. 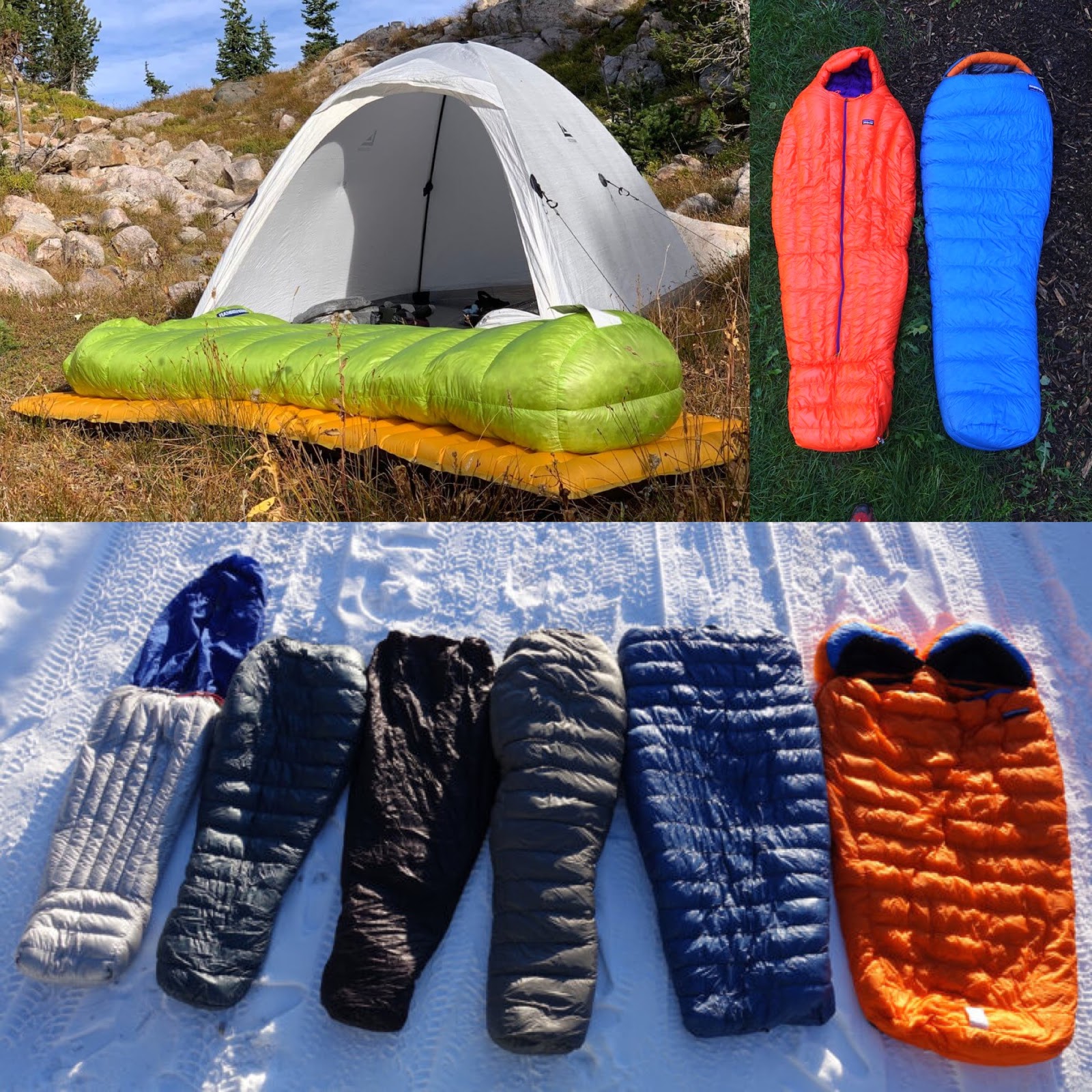 Standards Watch is a monthly column by Rex Sanders that examines important backpacking product standards, interviews key people, and describes how the industry uses, abuses, or ignores tests and standards. It also critiques existing standards and marketing, points out missing standards and tests, and proposes other ideas to improve life for backpacking consumers.

You’ve probably seen sleeping bags advertised as good to “32 degrees” (Fahrenheit) or “0 degrees” (Celsius) and wondered how they came up with that number. Thanks to measurements using the ISO 23537 standard, commonly known as the EN rating, we have a consistent but imperfect way to measure and report those values.

In this column, I’ll review the standard in detail and cover its pros and cons. In a future installment of Standards Watch, we’ll hear from some sleeping bag and quilt designers, and look at how companies use, abuse, or ignore standard temperature ratings.

You should keep in mind a few facts barely discussed in the standard. Sleeping bags or quilts are just one part of a system to keep you warm at night. Other gear includes a warm enough sleeping pad, sleeping clothes, and a shelter. Essential skills include going to bed warm, well-fed, and hydrated in a location protected from the wind. Your sleeping system doesn’t generate warmth – it just traps the heat your body gives off, like a thermos keeping coffee warm. And just because your younger, fitter, and trimmer hiking buddy slept warm in a particular sleeping bag doesn’t mean that you will too.

Overview of the Standard

You will see sleeping bag “EN” ratings or “EN 13537” ratings far more often than “ISO 23537” ratings. “European Norm” 13537 was the first widely used international standard for measuring sleeping bag temperature ratings. In 2016, the International Standards Organization published ISO 23537 to replace that standard and make it more consistent. For consumers, the difference between EN and ISO ratings isn’t relevant. Most backpackers and retailers still refer to the EN rating of a bag, whether it’s measured under ISO or EN.

ISO 23537 bases the Comfort rating on a “standard woman” who isn’t shivering “in a relaxed posture.” The lower Limit rating is based on a “standard man” who’s “curled up inside the sleeping bag” and not shivering. Regardless of your gender identity, I’ll go into more detail below, and in a later article, help you decide which rating might fit best.

There are a few other ways to measure insulation. R-values in U.S. traditional units come from construction, and are now widely used (for better or worse) to measure sleeping pad insulation. RSI or m2*K/w is the metric equivalent and used throughout ISO 23537. You can measure clothing insulation in international tog units or U.S. clo units, but sleeping bags rarely feature them. 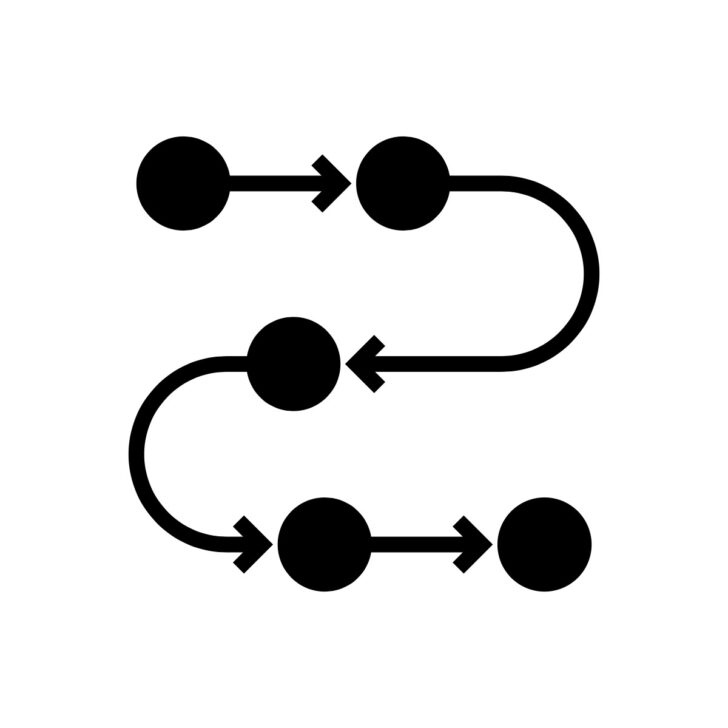 Before testing begins, a climate-controlled room is set up to meet the standard. The sleeping bag and manikin lie on an R 4.8 (RSI 0.85) pad, placed on a large-enough, about 3/4 inch (20 mm) thick wooden board. The whole apparatus is at least 3.9 inches (100 mm) above the floor, with air circulation underneath.

Sleeping bag preparations typically start the day before the test, with the bag tumbled for 15 minutes without heat in a large, laundromat-sized dryer. Then the bag goes into the climate-controlled room for at least 12 hours. Yes, even sleeping bags need to acclimate!

The real action starts on the day of the test. The tester lays the sleeping bag on top of the pad and board. If the bag’s hood closes small enough, a cold-weather mask goes onto the manikin’s face. Then the tester places the manikin inside the sleeping bag and completely closes the zippers and hood, if appropriate.

The manikin has both electric heaters and an array of thermometers connected to test equipment. While monitoring the temperatures, the tester slowly increases and measures the electric power heating the manikin. The rarely-seen Maximum temperature test uses a manikin with arms out, no face mask, a flat hood, and an open zipper.

ISO 23537 also requires specific consumer labeling on each sleeping bag, including a graphic based on the four calculated temperatures. Bag makers may be creative if they include all the required elements.

Testing most sleeping bags to the same standard makes for easier and more trustworthy consumer comparisons. Before standardized testing, you had to rely on the inconsistent temperature or “season” ratings of bag makers. Moreover, some manufacturers had a much better reputation than others.

Despite using a motionless manikin lying on its back, standard developers used extensive human research to calibrate their mathematical models. Also, the standard explicitly allows for testing of hoodless sleeping bags, and by extension, quilts. However, the manikin would lose a lot of heat through its uncovered head, resulting in a more flawed temperature rating. 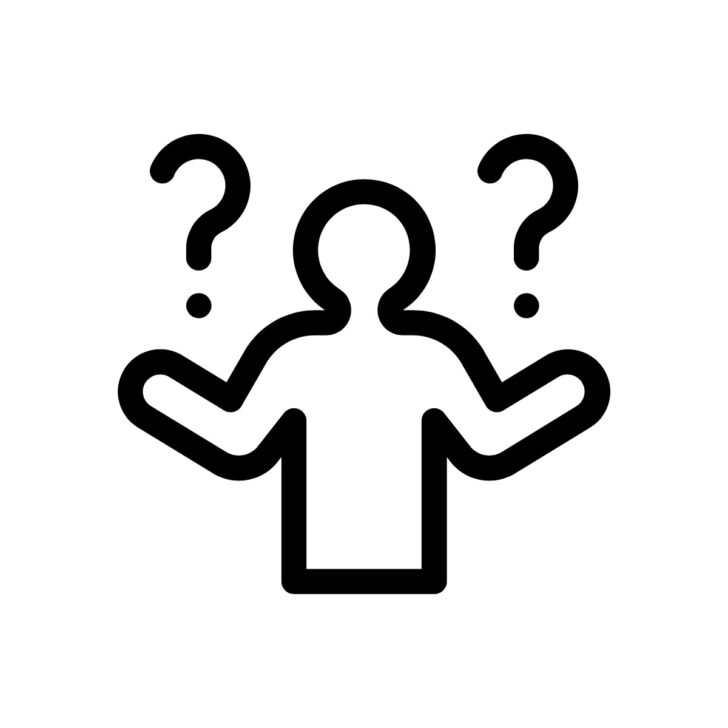 The standard has specific but confusing language describing when tests should include a military-grade extreme cold weather mask. In brief, the tester must put that mask on the manikin for sleeping bags with hoods that can close to less than 4.7 inches (120 mm) across the face. That would barely expose the eyes, nose, and lips. For sleeping bags with larger openings or no hoods, or for quilts, tests must not include a mask. That seems like the opposite of what most people would do.

The standard says it works like this: in cold air, most sleepers turn their face into the cinched-up hood of their sleeping bag. But the available instrumented manikin’s neck can’t rotate. So to simulate a turned head in a closed hood, the standard requires a mask but prohibits it when there’s no suitable head covering. 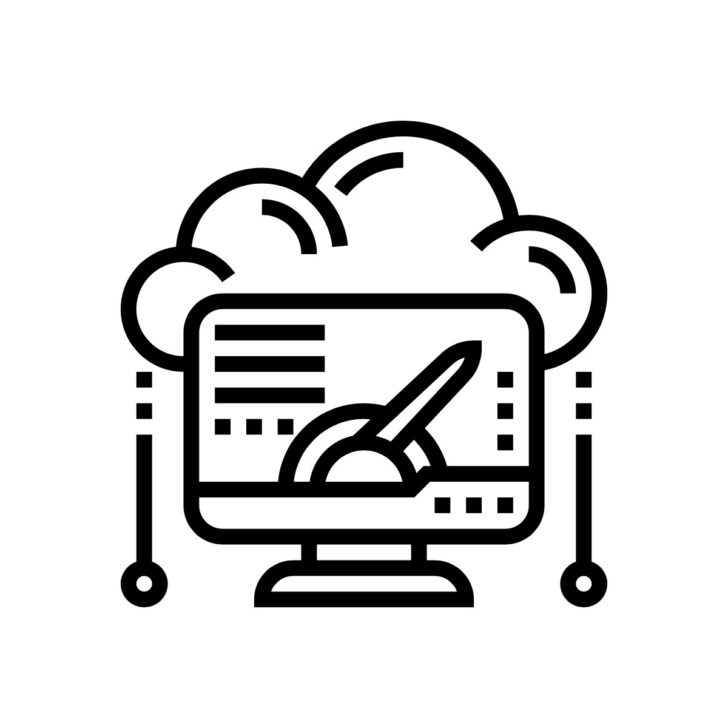 The standard has many limitations that can reduce its accuracy when compared to the real world. For example, all tests use just one manikin that must stand in for humans with a range of heights, widths, weights, and total heat production. This can be a real testing problem for bags much smaller or larger than the manikin. And during testing, the manikin wears a relatively warm long-sleeved top, long underwear, knee socks, and usually a cold weather mask.

Other design issues can make a sleeping bag feel warmer or colder, including: insulation movement and clumping, especially with down; overstuffing that doesn’t add significant insulation, but can stop shifting and delay decay; compressing insulation, especially down, as you move and extend feet, knees, hips, shoulders, and elbows; and balancing between enough room inside for comfort versus heating more air that escapes when you gyrate. Designs that create cold spots, particularly for hands and feet, can make an otherwise warm sleeping bag feel miserable. 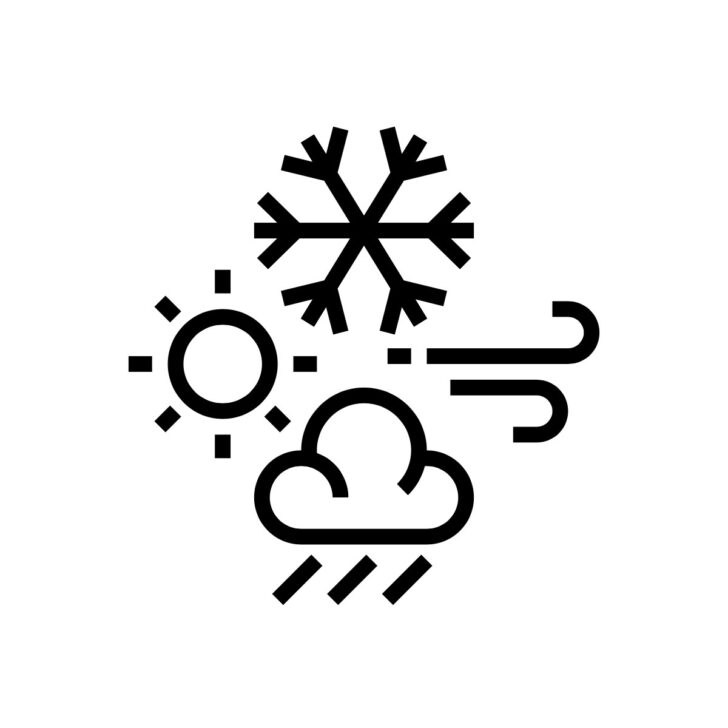 A variety of environmental issues can turn any sleeping bag colder or warmer than the controlled environment specified in ISO 23537. Wind through your shelter is very efficient at removing warmth. Low humidity can make a cold night feel colder through skin evaporation. Excess condensation can reduce the insulating power of down. You’re unlikely to stay warm if rain or snow falls on your unprotected sleeping bag. High altitude can lead to more heat loss. But clouds overhead act like another blanket, keeping you warmer.

Unexpected temperature drops through the night, like a cold front moving in or camping at the bottom of a drainage, can refrigerate you. A sloping campsite can make you slip out of your bag, or make you and the bag slide into damp shelter walls. And going to bed early on long winter nights allows more heat loss before the warming rays of dawn. 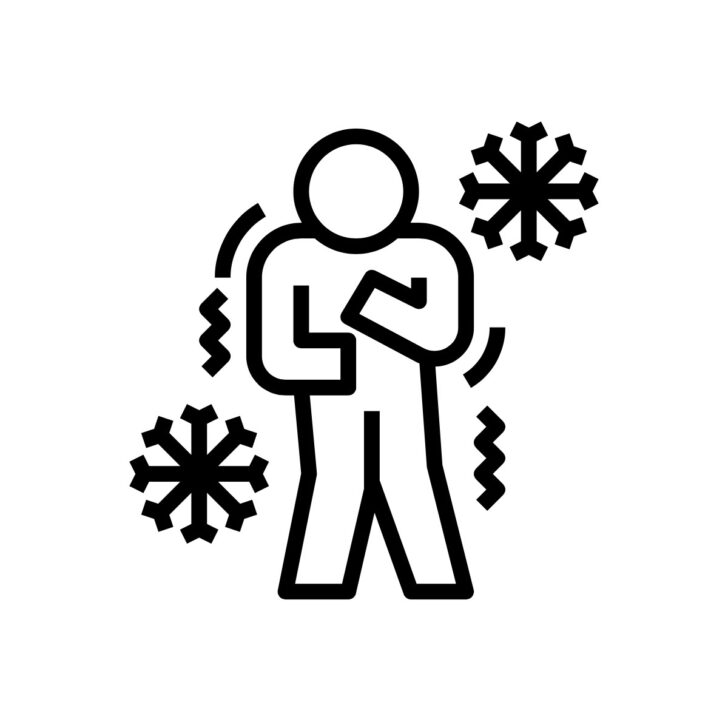 Everyone’s different, and everyone changes. Sleeping bag tests based on a theoretical average human can mismatch your camping experience in many ways; to hijack a common BPL acronym, YMWAV – Your Mileage Will Always Vary. Here are some examples.

If you are suffering from the usual suspects, don’t be surprised if you have trouble sleeping warm enough.

In general, women tend to sleep colder than men, often due to smaller bodies and different circulation patterns. And hormone changes can have a significant effect on perceived warmth. And if your gender identity is non-traditional, some of these factors might not apply.

Most people lose some heat-generating muscle mass as they age, so older people often sleep colder than younger people.

Some people have better circulation in their feet and hands than others. You won’t be happy if your feet are ice cold, but the rest of your body is warm.

When you fly from your home in coastal Hawaii straight to a winter trek in central Alaska – watch out!

If you are convinced that you’ll sleep cold, you will.

Some people rotate and rearrange their bodies throughout the night, pushing out a lot of warm air and pulling in too much cold air.

If you’re sick, or have chronic health issues, or take traditional or non-traditional medicines, your body can run much colder or warmer than usual.

Some people just run hotter or colder than others.

Your gear and its condition can assist or obstruct a comfortable night’s sleep. Some people cuddle with hot water bottles for added warmth. Others keep cold water bottles, electronics, gas canisters, and other stuff in their sleeping bag to prevent freezing. Those items are also heat sinks with only one source of warmth – you!

Your sleep system may have been a faithful companion on many adventures over the last 20 years. But now the insulation has broken down, the foam in your sleeping pad is noticeably thinner, and your long johns have holes with names. Or maybe you’ve borrowed a bag that’s too big or too small. Don’t be surprised if you wake up colder than expected.

Many sleeping bag makers assign the lower Limit temperature to “men’s” and “unisex” bags, and the higher Comfort temperature to “women’s” bags.” If you buy a bag based on the headline number, you could be in for an unpleasant surprise. 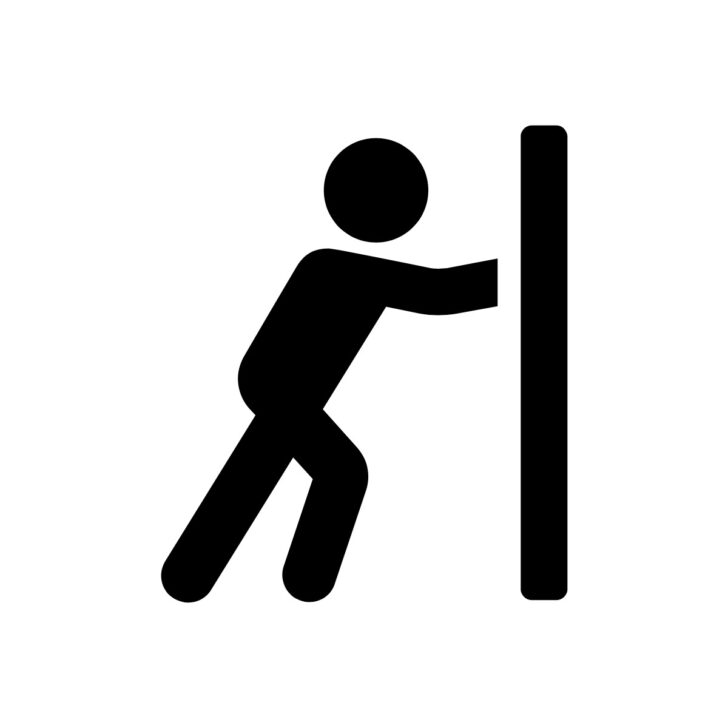 Sleeping bag testers could push certain parameters to the boundaries allowed in the standard to get better temperature ratings. I’ve seen no evidence that this is happening. Yet, pushing limits might be in the best short-term interest of well-funded sleeping bag and quilt makers with their own test equipment.

ISO 23537 calls for a small range of sleeping pad insulation values. The standard also allows for slight variations in the manikin’s clothing insulation, electric heating power measurement, wooden board thickness, air speed in the test room, and other parameters. Pushed in the right direction, small changes like these can add up to measurable differences in ratings – and price.

ISO 23537 isn’t perfect, but all similar standards are flawed, since they substitute laboratory measurements for individual real-world experience. Still, widespread use of the standard was a big leap forward for consumers. Now we can compare sleeping bags between most manufacturers more reliably.

However, we must keep in mind all the other variables that go into sleeping warm in the backcountry. And high-quality gear reviews will continue to play an important role in sleeping bag and quilt selection.

“A temperature rating is not a guarantee of warmth for any bag.”

A good overview of temperature ratings, with examples of some quirky uses and creative marketing.

“The Physics of Insulation in Sleeping Bags” Sea-to-Summit

An unbiased explanation of sleeping bag physics, including design issues not covered by the standard and rarely mentioned elsewhere.