SPOT Gen3 provides location-based messaging and emergency notification technology that allows you to communicate from remote locations around the globe. It offers custom tracking interval options, motion-activated tracking, long-life battery and more. Learn how one hiker used his SPOT Gen3 in a life-saving rescue involving another hiker with a heart condition. 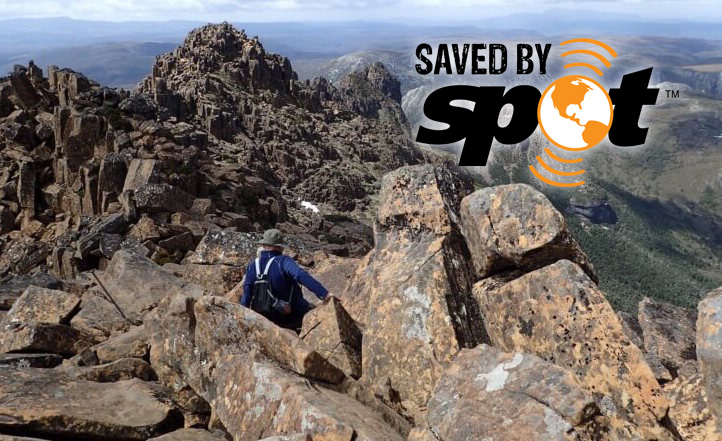 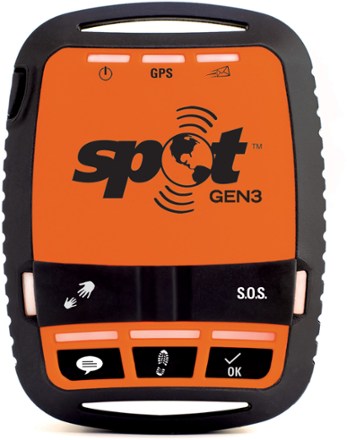 Backpacking Light staff editor Emylene VanderVelden just embarked today on a journey in the Mount Assiniboine area of the Canadian Rockies, and you can track her progress on a map here.

The SPOT is a popular device carried by solo and ultralight backpackers, and many of our readers believe it to be worth the weight (4 oz with batteries). Backpacking Light has reviewed the SPOT since it’s launch at an Outdoor Retailer Show more than a decade ago. Each generation improves and becomes more compact, more accurate, and more functional than the last.

For the purpose of this article, we are highlighting a backcountry rescue story that was initiated by a SPOT device.

An Interview with Han Strating

Can you give us a brief bio about yourself? Where is home?

I’m 37 years old and I live In Sydney, Australia. I enjoy outdoor activities including bushwalking, backpacking, bike packing and mountain bike endurance racing. I also enjoy traveling which works out quite well. 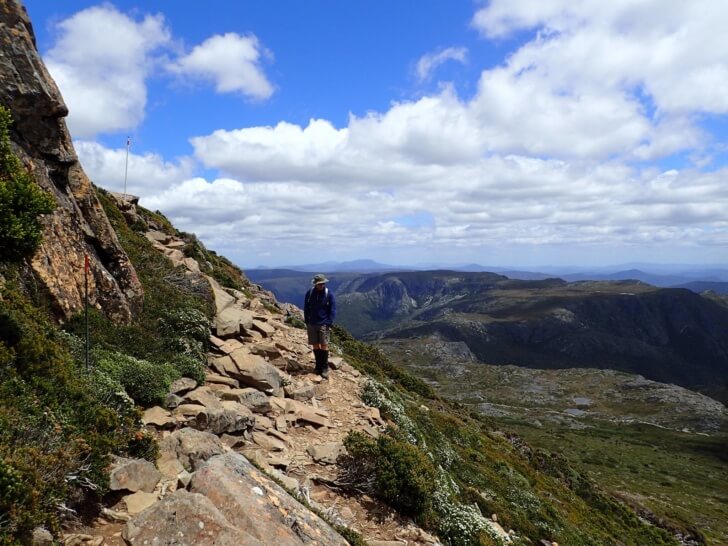 Can you tell us a little bit about your past experience in the outdoors (in general) and backpacking (specifically)?

I have been mountain biking for nearly 20 years and I’ve started bushwalking and backpacking when I moved to Sydney about 6 years ago. About 4 years ago, I also added bike packing to the list – I need more free time! In terms of backpacking I usually do 2-day trips during the weekend and I have done one longer trip in Tasmania; the Overland track.

Where are your favorite areas to go backpacking? What do you like about them the most?

In my free time you can usually find me in one of many National Parks near Sydney; the Blue Mountains, Royal National Park and Ku-ring-gai Chase National Park, etc. But my favorite so far is definitely the Overland track in Tasmania. Next trips on the to-do list are Laugavugar (Iceland August 2016) and a Manaslu trek (October 2017). 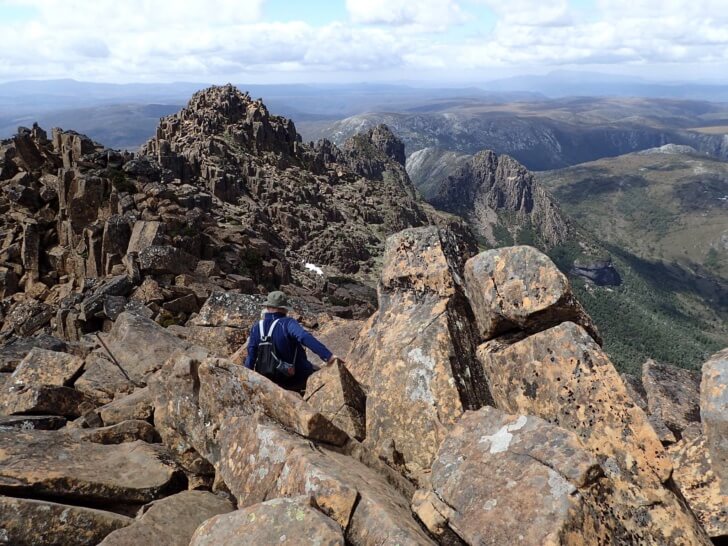 What are the main hazards and risks of backpacking in these areas?

To me the most important thing with backpacking is to make sure I don’t hurt myself. I have fairly weak ankles and knees which is always on my mind whatever trip I am on. I don’t care if you think I look stupid when I’m using trekking poles. In terms of local hazards, there are numerous venomous snakes and spiders in Australia but again with a bit of caution you’ll be just fine.

Tell us about the events leading up to the rescue incident and subsequent rescue?

I was walking the overland track in Tasmania, Australia with my girlfriend. This is advertised as a 6-day hike with a few potential side tours; we added an extra leg and ended up making it a 7-day trip covering over 90 kilometers. We were about halfway on the track, near the New Pelion hut, when the emergency unfolded.

The rescue actually involved somebody else. There was a 36-year-old man from Queensland who was experiencing heart problems near the New Pelion hut. Luckily there was a nurse in the hut who was also walking the track. The nurse took care of all the first aid; all I did was push the S.O.S. button as I was the only one with a SEND (Satellite Emergency Notification Device). The Westpac rescue helicopter had to fly the patient and his wife to Hobart (the capital of Tasmania) hospital. It took about 2.5 hours after the signal got through before the chopper arrived. It was close to midnight on Christmas Eve. The patient has been thoroughly tested since and it turned out that one of the valves in his heart was leaking a little bit. 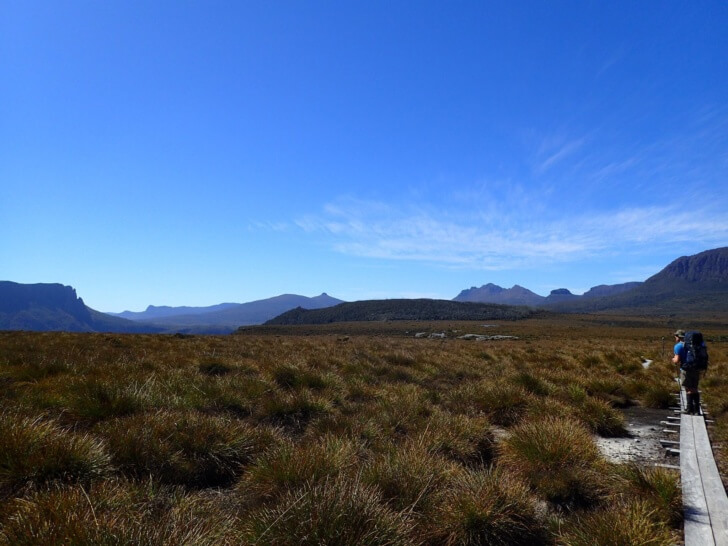 What went into the decision-making process that led to pressing the S.O.S. button on the SPOT device?

Again, I was quite lucky there was a nurse in the area and he was quite clear about this being an emergency. I fully trusted him in his professional judgment and went ahead and pressed the SOS button.

What were you feeling right before you made the final decision to press the S.O.S. button? Any despair, hopelessness, fear?

As previously mentioned, I fully trusted the nurse’s judgment. I didn’t really think too much about it before or after. 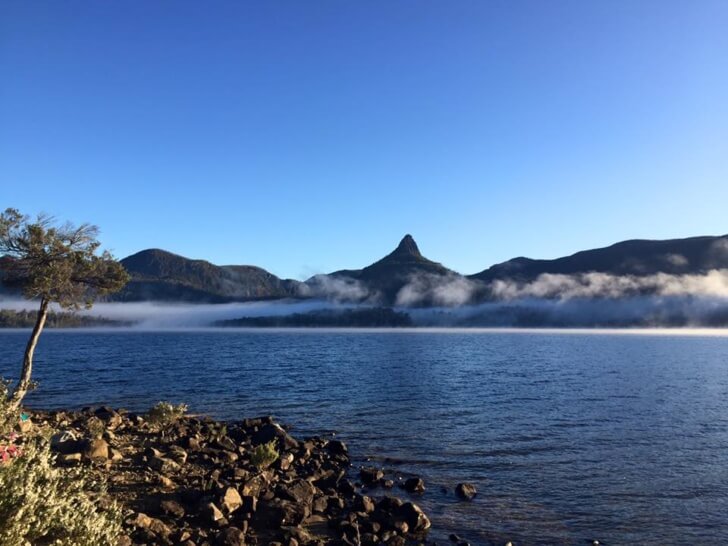 What were you feeling right after you pressed the button?

As I had never used the S.O.S. button before, I had no idea what to expect and how long it would take for anything to happen. One thing I do remember is that there was one genius who pitched his tent on the Heli platform. We told him to move his tent ASAP after I pressed the button.

What do you think you would you have done had you not been carrying a SPOT device?

Probably climb up Mount Ossa (highest mountain in Tasmania) and try and get some mobile phone reception. This would not have been fun as it was dark and it would have cost me at least 4 hours from where we were. Like I said without my SPOT, I don’t know if the man would have survived.

Disclaimer: This content is considered Sponsored Content and exists as a result of a paid placement or other type of exchange involving goods, services, or cash. As such, it has not been subject to the rigors of editorial review, and does not represent an endorsement of the advertised / sponsored product or service by Backpacking Light or its staff.