You are here: Home / Articles / Dealing with Mental Lows on Trail

Dealing with Mental Lows on Trail 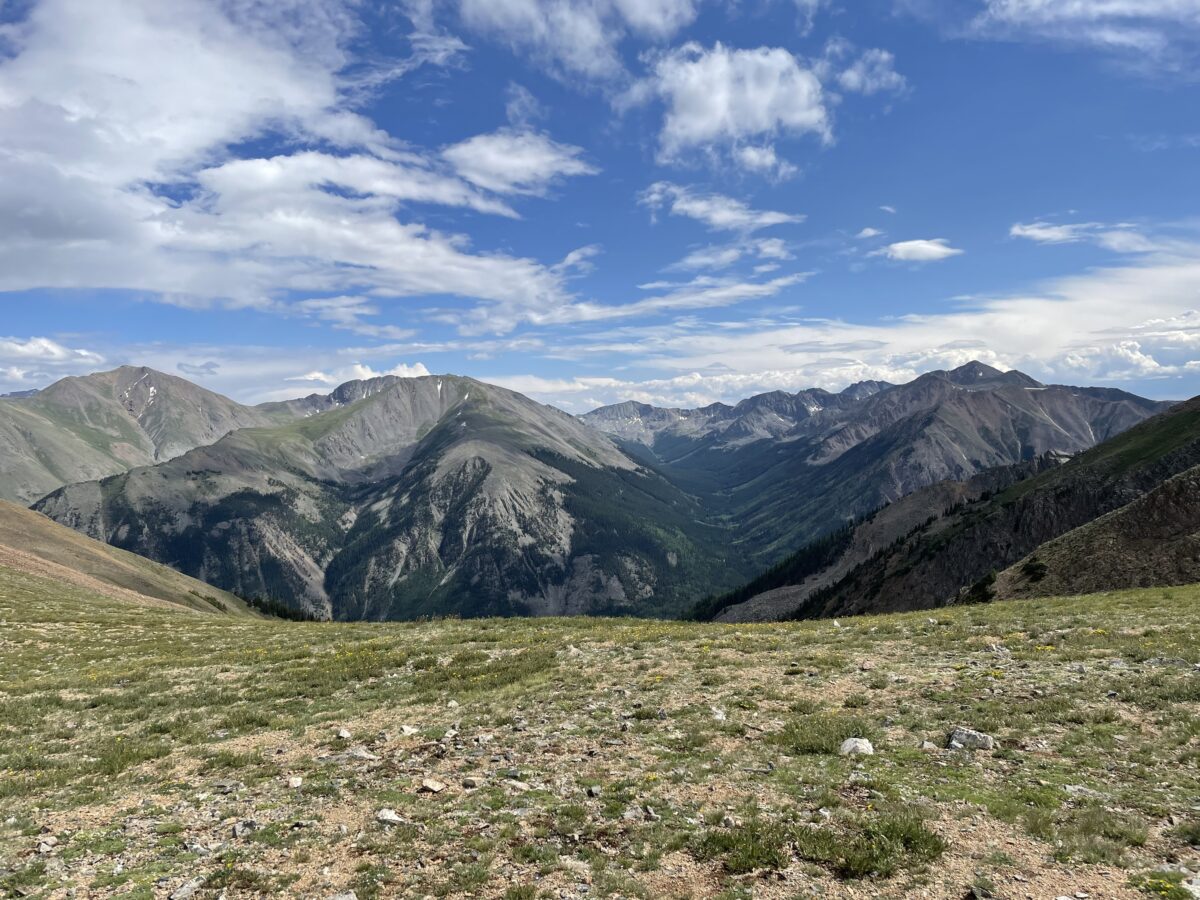 My dad has an old ultrarunning adage that he’d impart when I was having a tough time in school, social life, athletics, or some combination of general life: it doesn’t always keep getting worse. At first, this might seem like a downer statement – the word worse doesn’t exactly sing of empowerment – but to me, it’s the opposite. This is a statement I return to time and time again when things have been challenging. I can hope that at some point, circumstances will turn around and it gives me something to look forward to.

My dad would repeat this saying to himself around mile 60 of his 100-mile races when he was deep in the pain cave but still had well over a full marathon distance until the finish line.

I’ve returned to this sentiment over and over, and somewhere along the way, it became more than just words. It’s something I truly believe thanks to plenty of experiences coming out of low points.

I just returned from a 486-mile solo thru-hike of the Colorado Trail. While the trail was challenging, with manageable miles, the terrain was within my physical abilities.

Mentally? That was another story.

My mental lows on this trail were like nothing I’d ever experienced in the backcountry. I fought through waves of anxiety so bad I couldn’t eat, drink, or get a full breath of air. I would pack up my gear while crying in my tent and have to pause to cry multiple times during the day, doubled over on my trekking poles in the middle of the trail.

I felt helplessly trapped in my own head, and it impacted my physical strength as well. I wasn’t intimidated by the hike, I wasn’t afraid of being alone in the mountains, and I wasn’t overly tired. Day after day, I just couldn’t get a handle on my emotions. I felt like I was battling my brain while trying to cover more than 20 miles per day with thousands of feet of vertical gain.

I had been dealing with some very challenging personal issues, and nature had always been an escape. When the problems became too big for my normal dose of nature, I thought an epic thru-hike would provide healing and take my mind off of it. Believe me when I say I was stunned when that was not the case. Bouts of crying and inertia were for breaking down in your room at home, not in the middle of a 486-mile solo hike. Yet here I was, fighting through regrets and doubts and choices I had made in the middle of some of the most incredible terrain I’d ever hiked through.

The Collegiate West section was the worst. This alternate is 80 miles of rugged, remote trail, and is some of the most dramatic, astounding backpacking I’ve ever done. But as I reached this point, my anxiety spun out of control. My headspace was so bad I felt I was in the bottom of a well, staring up at a pinprick of light. It was all I could do to drag myself one step at a time up the trail, my mind a swirling vortex of worst-case scenarios, imagined pitfalls, and run-of-the-mill black holes.

But here’s the thing: I’d been there before. Maybe not quite as bad as those days in Collegiate West, but I’ve had my fair share of bad headspaces on the trail and in life.

Once you have enough experience – whether it’s miles on trail, years of living, or some combination of the two – you can dig into your history and recall challenging periods of time. Hard miles, bad weather, day after day of living in the suck. And you know what? It probably got better. At the very least, it didn’t keep getting worse. Every spiral has a bottom – sometimes it feels like rock bottom, sometimes it’s a bit more manageable. But the more times you experience lows, the more you can dip into the knowledge that you’ve had lows before and come out on the other side.

It was around 11 AM on one of these Bad Days. I was sitting on a log at the base of a 3,000-foot climb to the Continental Divide, and I was a wreck. Once I crossed the footbridge over a creek, I had five miles of steep ascent to 12,500 feet. By the time I’d reach treeline, the thunderstorms would likely be rolling in. I was exhausted, demoralized, and spiraling in anxiety.

I dropped my pack and cried on the log for as long as I wanted to. When I was ready, I started the climb. The beginning of the climb dragged, and then the middle flattened out. Then it climbed steeply, then more steeply. Then the trail circled a lake and dropped 200 feet of hard-earned elevation.

I gradually stopped obsessing over where I was in the ascent, my breathing regulated, and the top of the ridge eventually appeared. Before I knew it, I was on the final shale-covered switchbacks. Suddenly I was on top of the Divide before hiking a glorious section of ridge, seeing the Collegiates unspooling in front of me and behind. My meltdown at the base was miles behind me, and I had another small victory to add to my arsenal.

That climb to the Divide marked the conclusion (thank God) of four days of anxiety and mental lows. I still don’t know exactly where my mindset came from, but I do know that I got through it. It didn’t always keep getting worse. That climb ended, as they all do. Now I’m sitting on my couch writing about it, and the Colorado Trail is in my rearview mirror – the good days and the hard ones.

Gaining experience in the backcountry doesn’t just mean honing your technical skills or learning advanced techniques. Sometimes experience can mean gaining a deeper understanding of yourself through the miles, especially the ones that have challenged you to your core.

For me, that’s as good a reason as any to keep putting one foot in front of the other.

Editor’s Note: mental health is a complex and nuanced issue – and many people need more than leveraging past experiences to get through hard days. If you are struggling, call the National Suicide Prevention Lifeline, available 24 hours, at 800-273-8255.