I fell into a rut, like many of us when an activity is familiar and comfortable. It took connecting with a more experienced backpacker to show me I had the knowledge and skills to push myself into new territory. 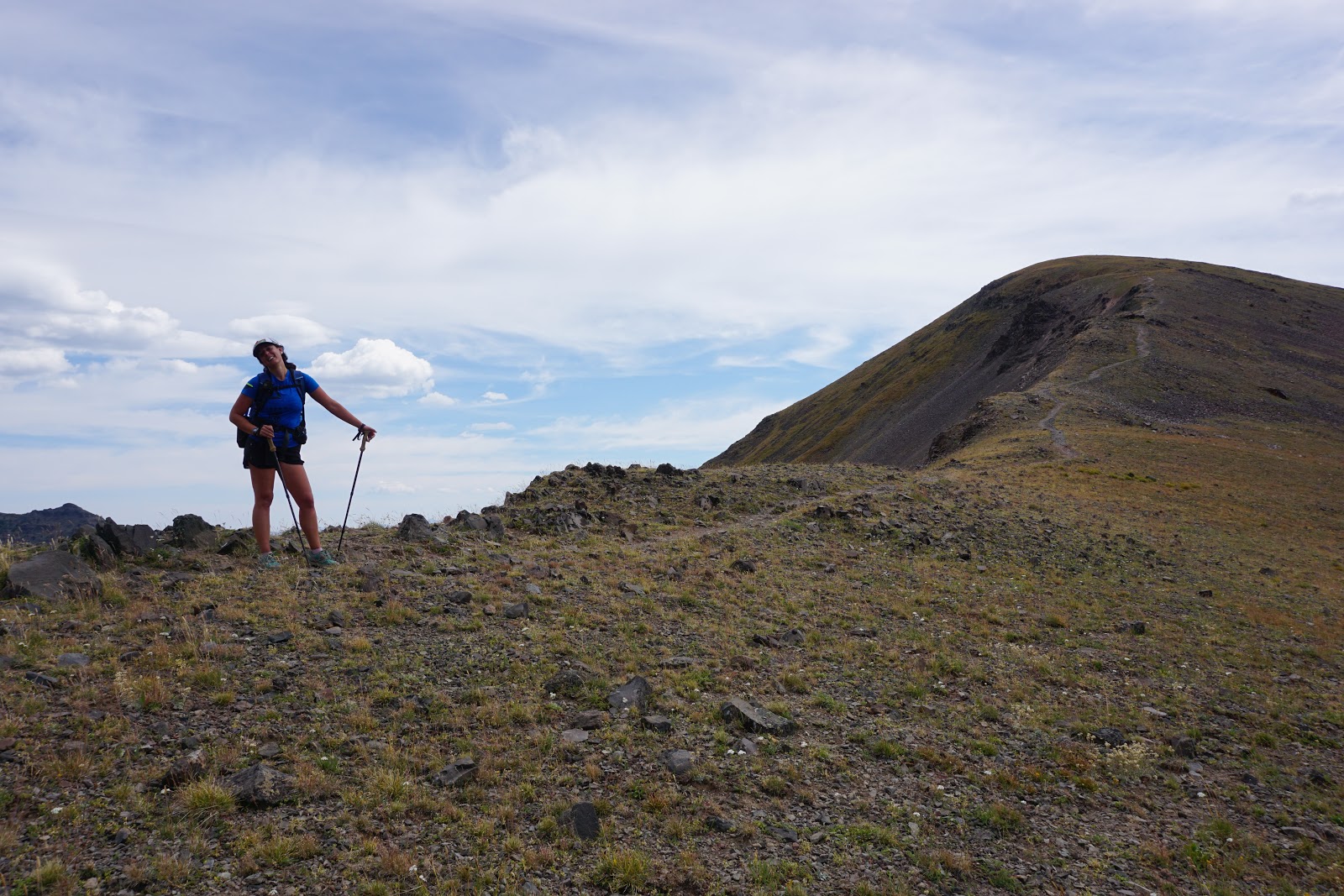 Learning Curve is a monthly column by outdoor journalist Maggie Slepian which will examine human-powered outdoor adventure through the lens of beginners. How do beginners learn our sports? What pitfalls do they face? How does mentality shift through time? And how should experts treat beginners? The Learning Curve will cover all this, and more. Got suggestions? Drop Maggie a line in the comments.

I’ve spent the past decade gaining backcountry skills, gear knowledge, and putting mileage on my trail runners. I have long been comfortable taking friends out for overnights, and confident within my own distinct parameters of backcountry exploration.

But I fell into a rut, like many of us when an activity is familiar and comfortable. After a while, it stopped occurring to me to step outside the bounds of what I’d already explored. I think this is common for a lot of people with a primary activity. For backpackers, it might be a different trail each week, but maybe that trail never exceeds a certain length or spending two nights outside instead of one feels like a big step.

Maybe it’s always an out-and-back, or the term “route-finding” in the trail description is intimidating enough that you click out of the trail page and find a familiar trail. It’s not anxiety, fear, or a deliberate dismissal of trying something new. It’s a comfortable pattern we can all fall into where good enough is the standard, and the unknown of anything beyond that standard somehow becomes an unbreachable wall.

Every summer, I hiked the same trails over and over. Day hikes became repetitive. I had a five-mile (5 km) hike, a five-mile hike with a lot of elevation gain, a trail I could run if I felt like it, and a ten-miler (16 km) that involved a peak and made me feel accomplished. My overnight trips were similar. I had my favorite alpine lakes and one particular overnight that involved climbing a pass and dropping into a picturesque lake that became my show-off trip to impress visitors.

But it was always the same rotation. I forgave myself for this so-called rut because at least I’m still getting out there, but there is a certain stasis and the lack of accomplishment that comes with making the same trips for literal years in a state with more wilderness, national forest, alpine lakes, and peaks that I could hope to explore in a lifetime.

When I met my boyfriend Jeff (known in the hiking community as “Legend”), he had almost ten times the trail mileage as myself, a dozen trail records under his belt, and was the second person to have ever hiked the 7,000-mile (11,265 km) Great Western Loop. He had hiked the Calendar Year Triple Crown, and thousands of miles of trail that saw little foot traffic and were more choose-your-own-adventure than established routes. Jeff had no self-imposed limits, no patterns he’d felt stuck in. With this as my in-person example, I started toeing the line of my preconceived boundaries.

The things that unnerved me—bears, route-finding, cowboy camping, losing the trail—were nonissues for Jeff. It didn’t occur to him to be worried if the trail vanished and turned into a navigational challenge. If we lost the trail under snow, he could gauge from the landscape where our route likely turned next. “It’s going to take the path of least resistance,” he told me, scanning the looming walls of a snow-covered pass on one early-season outing. He stepped behind me and let me take the lead. “Your turn to figure it out.”

If we lost the trail entirely, his instincts from 25,000 trail miles (40,200 km) were so finetuned that he could accurately guess what drainage we had to drop into, where the lower switchbacks would likely cross, and the best way we could reconnect.

On one trip, we linked together two popular trails that looked like they had some semblance of an established path between them. My map showed each trail being fairly straightforward, but the ten miles (16 km) of connector trails wound up being quite ambiguous. Heading up one steep climb, we mistakenly followed a game trail across to the wrong ridgeline. When I realized we were not on our planned route anymore, I felt my chest tighten and my anxiety spike. I tried to bring it up casually, that maybe we should climb back up to the top and figure out where we went wrong. He seemed unconcerned, scanning the forested hills and layered peaks of the Gallatin Range. He casually agreed that we were indeed wrong, but we definitely didn’t have to backtrack.

It’s not that I was being shrugged off, or my anxieties were ignored. He had simply lost the trail enough times and reconnected with it to confidently know how our trip would end up. Either we found the trail and finished our loop at the car, or we knew we were pointed in (mostly) the right direction, and we’d drop down to Highway 191 and orient ourselves from there. Both scenarios wound up with us back at the car, not lost for weeks in the woods or dismembered by a grizzly bear.

We studied the map together, and he pointed out what ridgeline we were supposed to be on, and to reconnect with the trail, we should have just turned south and started dropping in elevation. Once again, he put me in the front and told me to take my best guess.

“What if I’m wrong?” I asked, feeling at once helpless and like I was overreacting. He shrugged again. “Then we’ll figure it out later.” This wasn’t an act, either. Enough backcountry experience had proven to him which situations would resolve easily and which ones were a legitimate cause for concern, with the worst outcome being a road walk.

And we were wrong. The worst happened, and it was a one-mile (1.6 km) road walk. We dropped down one drainage from where we wanted to be, and had a scenic stroll along Highway 191 back to the trailhead. It was proof to me that it was possible to lose the trail enough that we wound up in the wrong drainage, and the world didn’t end. In this case, it was simple. We wanted to be lower down, so we dropped down. Obviously, the general idea is to stay on the trail, but if you don’t, that is okay too. This past season of backpacking has shown me that combining common sense and practicing stepping outside of boundaries go hand in hand, and there’s less to fear from the unknown than I thought.

With new experience and confidence, I’ve now begun to push my boundaries a little. I’ve lost the trail and either found it by pausing and using my brain, or continued on my path and reconnected with it based on the topography of the area.

I am not promoting going out and getting yourself lost in the woods. That’s a good recipe for the SOS button on your GPS unit and an overly involved backcountry rescue. Don’t be like that. Be smart and stay within your moderate limitations, but don’t let those perceived limitations govern everything you do. Try a new trail. Make a loop between two lakes instead of an out-and-back to that one you always hike to. Spend two nights in the woods instead of one. Set out prepared with a map, a trail description, and a navigational tool (that you know how to use), but it’s okay if you’ve never been in this mountain range or you explore the national forest from a different trailhead.

Once you have enough experience in your back pocket, or you’re lucky enough to have an experienced partner who wants to help impart upon you backcountry common sense, the world seems to open up in incredible ways.