You are here: Home / Articles / I’m Breaking Up with the West

I’m Breaking Up with the West

Andrew Marshall uses a trip around the Collegiate Peaks Loop in Colorado to ponder his future in the American West. 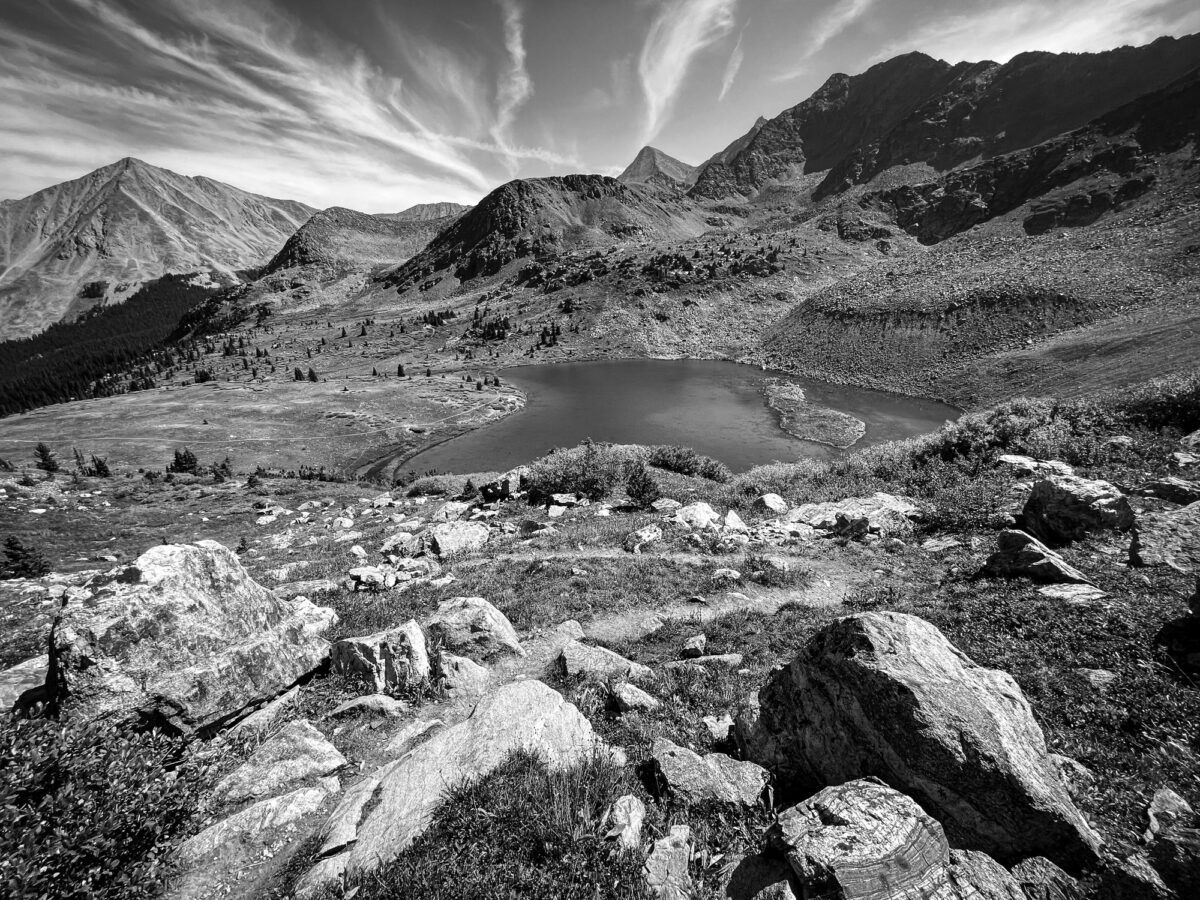 When I was a junior in college my then-girlfriend drove from Atlanta to Savannah to break up with me, and it ended up being one of the better weekends we’d had in a while.

We strolled under Savannah’s leafy live oaks, hung out on the beach, and enjoyed each other’s company in a way we hadn’t in a long while. The coming loss sweetened the time we had left, each moment replete with a sense of forlorn beauty – at least that’s the way I remember it now, with my twenties well in the rearview mirror and my forties coming up fast over the horizon. As anyone who was my friend during that moment will tell you, that’s not the way it really was.

Time and absence – the two most potent seasonings of human experience.

This year I flew to Colorado to break up with the west – or more specifically, the kind of western mountain town I currently call home.

My twelve-day journey along the Collegiate Peaks Loop in Colorado was the result of a confluence of all-too-common western circumstances – a failed bid for a bucket-list permit on a different trail and a set of raging fires and choking smoke in my home range of the Sierra Nevada.

My hiking partner Nick and I try to do a big trip every year. In 2020 we actually scored a Wonderland Trail permit but had to cancel due to air quality in Mount Rainier National Park, which was how we ended up on a seven-day loop in the Smokies at the last minute. This year we had a more finely-tuned backup plan. When we failed to win the Wonderland permit lottery, we set our sites on the Colorado Rockies and met in Denver in early September. We let Nick acclimate for a few days (I live at 6,500 feet but he lives at 971) and then hit the Old Dusty, heading south out of Twin Lakes. The route follows the Colorado Trail East spur, then turns north along the Continental Divide Trail / Colorado Trail West spur back to Twin Lakes. The loop is 160 miles of sub-alpine aspen forest, high passes, and tucked-away lakes.

It seemed like a fitting breakup hike. And so we took our time in the first few days – Nick to allow his stressed cardiovascular system to acclimate a little more and myself to savor the unique western backpacking experiences that – I think – I may soon be leaving behind.

As Nick and I mosey along through the just-beginning-to-turn aspens, taking our time in camp and enjoying mid-morning stops for coffee and leisurely lunches, it might be worth explaining why I’m thinking of breaking up with the west. Like all lovers at the tail end of a relationship, I have not only my reasons but my doubts – and a strong desire to communicate both to anyone willing to listen.

So thank you, dear reader, for meeting me for coffee in this expensive western mountain town coffee shop – metaphorically speaking, I guess.

I’m not a western native. That’s the first thing you should know and it may color which side you take in my breakup story (you don’t have to take sides, but this is a breakup, so you probably will). As I mention quite a lot in my writing, I’m from the more shady, misty mountains of the southeastern United States. When I first moved west I was shocked to discover that strangers don’t necessarily wave to each other on the street or from front porches as we do back in Appalachia, and after spending some time in a western climate I’m convinced this is because in the southeast people are only two seconds away from slapping each other in fits of humidity-related rage.

And so my theory is that a certain degree of surface-level politeness has evolved, culturally speaking, to prevent old church ladies from bludgeoning each other over potato salad recipe disputes because it’s 97 degrees and 100% humidity at the Fourth of July picnic.

In any case, when I first ventured west in 2015 to thru-hike the Colorado Trail, I was smitten, as most everybody is. For one thing, when it rains on you, it mostly only does so for a few hours, and when it stops you and your gear can dry out as opposed to just slowly being eaten by fungus. The classic Colorado Rocky Mountain weather patterns held true for Nick and me, and we relished the cooling rain at low elevations early in our hike, knowing that we’d be warm and dry minutes after the showers passed over.

But of course, there’s a flip side to every coin, and the new reality of the west is that when it isn’t raining or snowing it might be about to catch on fire.

The implications for backpackers are obvious and immediate – increasingly difficult logistics, canceled plans, and stressful, hazardous hiking conditions being the most obvious. In 2021 I pulled the plug on a long-planned-and-trained-for Sierra High Route trip because I couldn’t make the risk assessment work in my favor with the High Sierra laboring under drought conditions and extreme fire danger. Canceling hikes like that has professional as well as personal ramifications for me. But forget backpacking for a second – let’s talk about just living in a certain kind of western mountain town right now.

My wife and I currently call the Tahoe basin home. It’s an astonishingly beautiful place to live, and also an astonishingly difficult place to live if you don’t happen to be Mark Zuckerburg, a Silicon Valley remote worker, or a black bear. Our housing crisis has made national news – twice – in the last year, and our rent doubled in 2021. We stayed afloat, barely, and consider it worth the effort and extra side-gigs we both take on to make ends meet in order to live in a beach town in the mountains with unparalleled outdoor access. But the work of being a normal person and living in an expensive western mountain town – like Tahoe, or Jackson, or Bozeman, or Whitefish – is not worth it if you can’t enjoy said mountain town, which we couldn’t with Tahoe’s air quality the worst in the world for a large chunk of the summer due to the Caldor and Dixie fires.

I realize that may sound trite in light of the massive property damage and evacuations those fires caused. But when you are sitting in your rented living room, knowing you’ll never be able to afford to buy a house in your area, surrounded by bills you aren’t sure you can pay, and your pregnant wife is wearing an N95 mask indoors because the AQI outside is 800 and the ash is raining down out of a sickly orange sky at 1:00 PM and you haven’t been outdoors or seen a blue sky in two weeks, you start to question the nature of your relationship with western mountain towns. To summarize – I can maybe live with an increased cost of living in western mountain towns, or increased impacts from wildfires – but maybe not both.

Andrew Marshall is the former Managing Editor and Podcast Producer of Backpacking Light. Andrew is an essayist, poet, painter, and fine-art photographer, with work regularly appearing in prestigious but low-paying national publications. He unashamedly drinks instant coffee when in the backcountry. You can find him on Instagram, Twitter, and at his website. Warning: social media content is mostly cat-related.

Home › Forums › I’m Breaking Up with the West