When money and conservation collide. 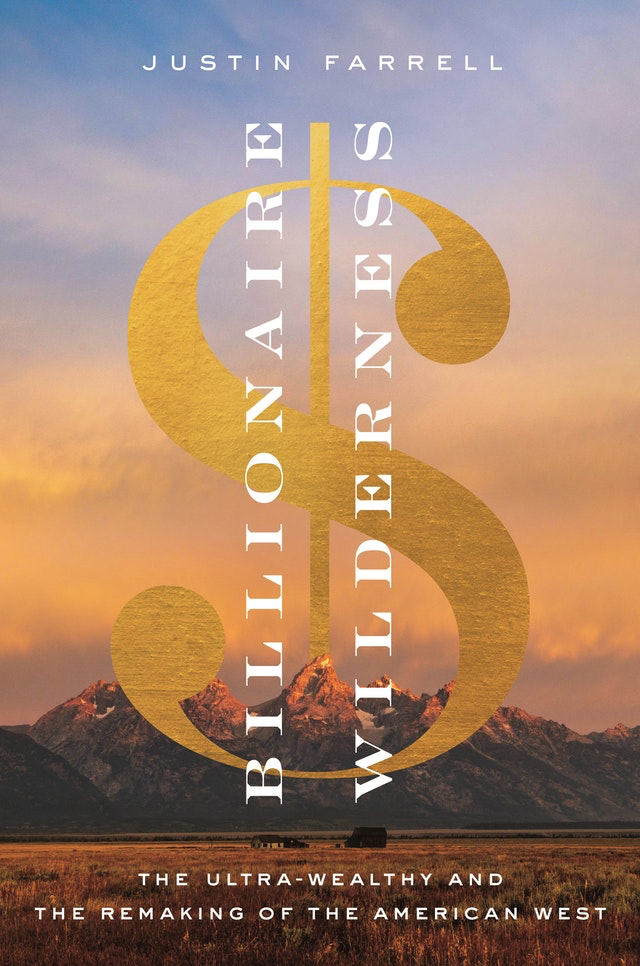 As far as mountain towns go, there is perhaps no more superlative example than Jackson, Wyoming. Its proximity to Yellowstone and Grand Teton National Parks sparks recognition and interest from persons with only the most casual interest in the outdoors. When you factor in the less-heralded destinations in the vicinity—hot springs, the Gros Ventre Wilderness, rivers for trout fishing and paddlesports—and the opportunities for world-class winter recreation, then it’s no surprise that Jackson is a magnet.

The town attracts those who want to live in an area that provides them with a shorter commute to high-quality outdoor recreation than most people have to their jobs. From twenty-something seasonal employees in the guide and service industries to retired multi-millionaires (or billionaires), the mythos and landscape around Jackson create a powerful draw.

Although I’ve yet to pass through Jackson, Wyoming or Teton County (but I have been to Jackson, Montana and its quaint hot springs lodge plenty of times), I was intrigued by the recent book Billionaire Wilderness: The Ultra-Wealthy and the Remaking of the American West by Justin Farrell. I’ve always been interested in the counties and towns that I pass through on my way to backpacking trips—from touristy spots like Gatlinburg, Tennessee and Sedona, Arizona to out-of-the-way places like Loomis, Washington, and Lemhi County, Idaho—so a book about one of the most well-known jumping-off points for outdoor recreation in the West caught my attention.

The book’s subtitle promised an analytical and thorough look at the demographics of Teton County, the impacts, influences, and opinions of its most wealthy citizens, and the role played by the natural landscape in the area’s culture.

“…a more virtuous and deserving version of themselves.”

The book more than delivered on these promises. Copious graphs, interview excerpts, and original research provided a depth that was illuminating and somewhat unexpected for a book intended for a general (i.e. non-academic) audience. The complex relationships between the wealthiest residents, the nonprofits they supported, the communities where they lived, and their outsized impact on day-to-day issues that affected the average resident (such as affordable housing) were all examined in detail.

Like most people who enjoy open spaces, I’ve generally thought of organizations focused on land preservation and limiting development to unquestionably be “the good guys.” This book made me realize that there is considerable nuance involved and often scant attention paid to the unintended consequences of such efforts—particularly that by locking up land in conservation easements in areas with limited options for building that available housing becomes much more expensive. This eventually prices out the people that live and work in the communities, which ultimately changes the character of a place.

The interviews with the ultra-wealthy of Jackson and Teton County, as well as the folks who worked for them, were fascinating and gave humanity to issues of inequality and privilege that are often rendered in the abstract. Along with the impeccable documentation of cost-of-living and availability of housing in the area and other changes over time, such interviews were one of the strongest areas of the book. Farrell’s portrayal of his subjects and their impacts on the area in which they reside is systematic and not overly sympathetic—which should be expected given that the author is a sociology professor at Yale. His thesis that “the affluent of Teton County are people burdened by stigmas, guilt, and status anxiety—and they appropriate nature and rural people to create more virtuous and deserving versions of themselves” is fully borne out by his book.

Reading this book caused me to look a bit more critically at my own community in western Montana and the similarities it has with a place like Jackson. While it is a much more affordable town and nowhere near the tourist destination that Jackson is, certain themes are now more apparent and the potential long-term impacts of changes in its demographics and industries became a bit more concerning. These issues aren’t unique to Jackson, of course, although they are certainly most apparent and pervasive there.

It will be interesting to see how the dynamics of other Western mountain towns change as their demographics began to follow a similar trend, especially given the “Zoom town” phenomenon—where persons who can work remotely are relocating from cities to mountain towns that are ostensibly more desirable places to live. A recent article in High Country News details how conflict can arise between the primary residents and the elites of a community and is filled with quotes and descriptions of challenges that are eerily familiar after having read “Billionaire Wilderness.”

While certainly not a book about backpacking, or even intended for persons interested in the outdoors, Farrell’s book will likely be of special interest to backpackers who live in—or those who are contemplating moving to—mountain towns in the west. It is also a worthwhile read for those who pass through these places and are curious about the demographics and social structures of the towns where they get gas, a last-minute fuel canister, a meal, or a hotel room on their way to and from national parks and wilderness areas in the west.

Who is this book for?

This book is intended for a general audience, at least according to the publisher, but with all the figures, graphs, and the often dry academic prose I found it to be written for the average reader in about the same way that a Z-packs Duplex shelter or a Hyperlite Mountain Gear pack is designed (and priced) for the average backpacker. The topic is fascinating and the research is impeccable, but a more informal format and conversational tone would have made this important topic more accessible to a wider audience.