You are here: Home / Articles / Why and How to Organize and Pack Backpacking Gear on the Trail and in Camp

Having an intentional, consistent, and efficient approach to packing your gear for a backpacking trip saves time and energy while hiking and in camp. 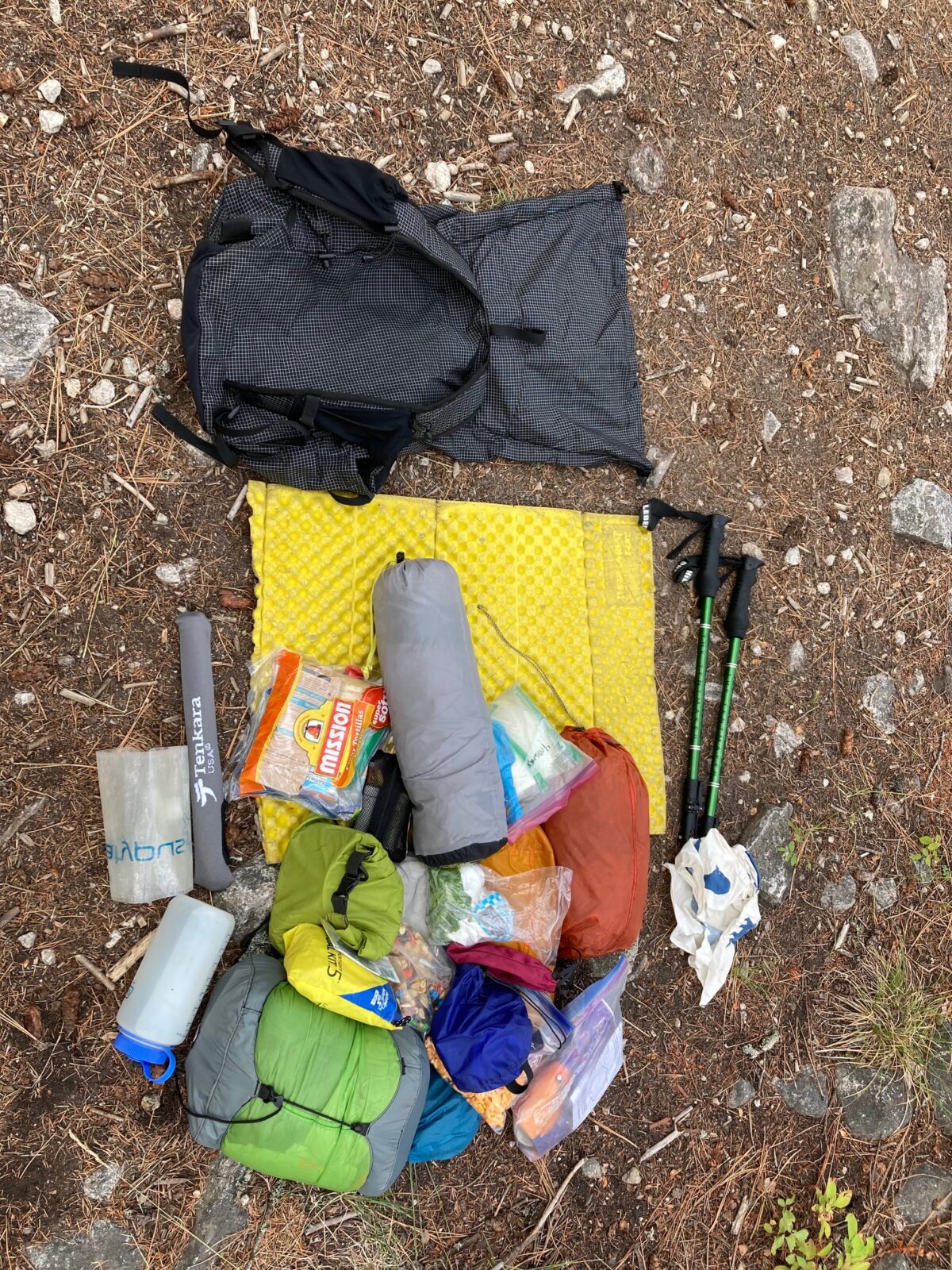 I am someone who primarily backpacks for the soul-stirring scenery. The moments of synchronicity, the thrill of reaching new places scouted out on a map for months before the trip, the numerous other intangible aspects and benefits of spending time outdoors.

So it pains me a bit to acknowledge that being successful at backpacking involves a significant degree of systems management. While that banal term seems more suited to boardrooms than the backcountry, it is one that backpackers ignore at their peril – or at least their repeated frustration.

Sleep systems, insulation systems, shelter systems, cook systems – backpackers rightfully pay close attention to these and there is abundant information about how to make them right. Pairing the right R-value sleeping pad with an appropriately rated sleeping bag, for example, or using a bivy sack and tarp combination as a shelter.

Before we dive into the philosophy and techniques of having a consistent and logical system for packing your gear, there’s an important and fairly obvious truism that is worth mentioning and which relates to the overall ethos of lightweight backpacking.

It’s this: the fewer things you bring, the easier it is to manage them.

But once you do narrow your kit down, packing it up with some intention and forethought can make your trips go smoother – and allow you to spend more time soaking up the landscape and less time looking for an errant lighter or headlamp.

While the topic of where to put items receives a fraction of the attention in discussions about backpacking as compared to what to buy, it is a skill set that is worth investing in. And it is a skill that Ryan Jordan, Backpacking Light publisher/founder – and backpacking guide – emphasizes in his courses. “When I train hikers…one of my favorite exercises is to have them pack their packs, then turn off the lights and have them find the item I ask for ASAP – without the assistance of a light,” notes Jordan. “After doing this with a few pieces of gear, I ask them to repack their packs, and then we go outside, in the dark, with no lights, and they have to set up their shelter and bed, make a meal, and then they get their headlight privileges back :)”

Having an effective system in place for storing items in your pack means you can more easily avoid playing the game of “Where’s my [headlamp, bandana, lighter, spork, Clif bar, etc.]?” that often plagues backpackers who have yet developed a good system or in a moment of haste forsook their tried and true system. Amusingly, literary heavyweight Jack London vividly but succinctly described an early version of this game in his short story “In a Far Country.” London described it thusly, “…a search to be made through the outfit for some suddenly indispensable article.”

That sounds about right to me!

So now let’s dig into what things to keep in mind when packing your backpack: