Rex Sanders talks to Mike Cecot-Scherer about his innovative trowel design and more. 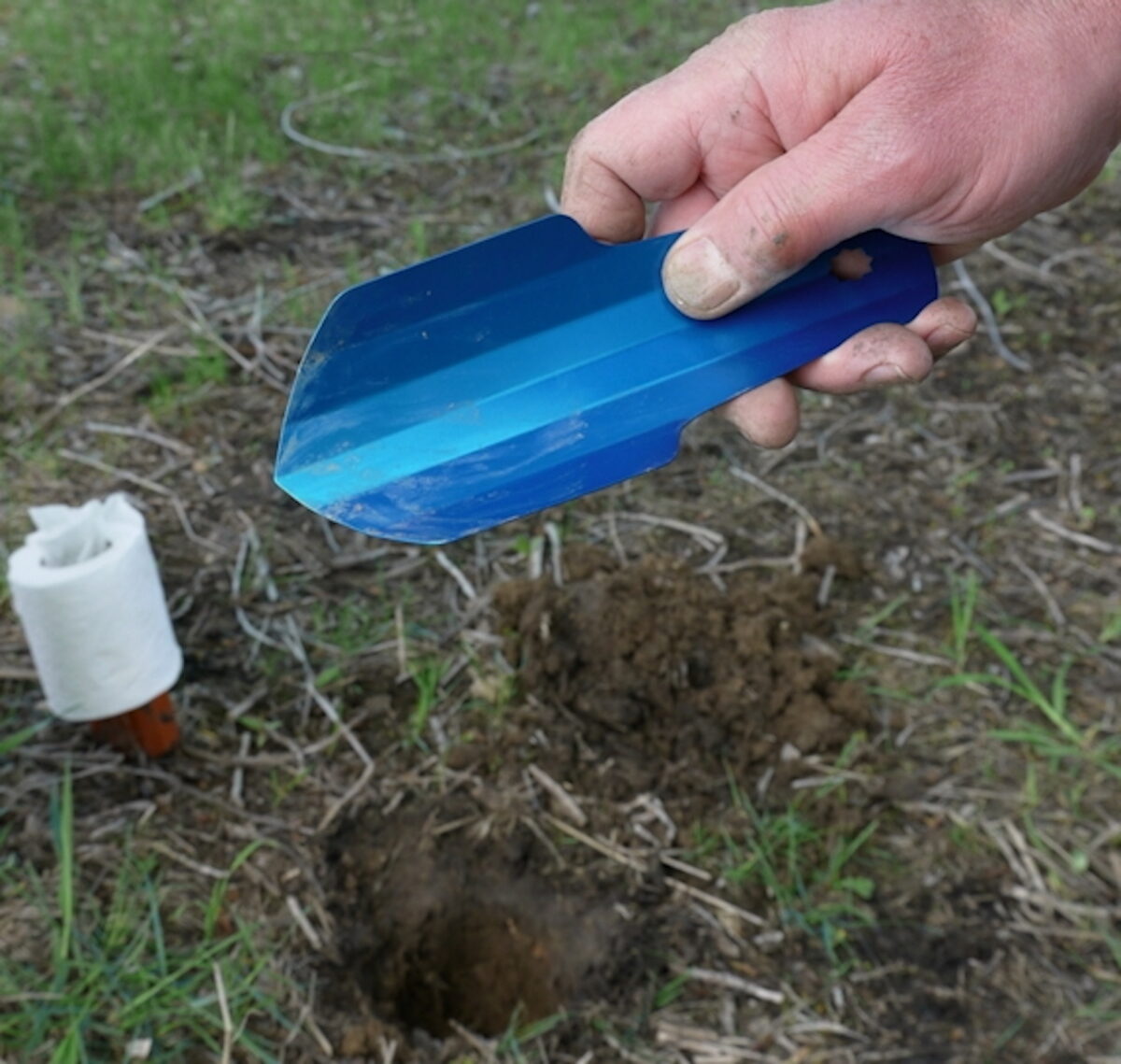 Mike Cecot-Scherer has enjoyed a long career designing camping and backpacking equipment, including hundreds of tents and several dozen backpacks. Along the way, he invented many features still found on sleeping bags, packs, and tents today, while earning over a dozen patents.

Mike continues consulting with well-known gear manufacturers. But several years ago, he started TheTentLab.com to sell products that no one else would make, including the Deuce ultralight potty trowel.

We spoke by telephone for nearly three hours in 2020. Two earlier articles covered standards and tent design. This story is on potty trowel designs and standards, an innovative backpack, how Mike started designing gear, and more. I edited our conversation for clarity and length.

Rex: How did you start designing and making your Deuce potty trowel?

Mike: I was working on a winter tent stake, which I still have not come out with. As I was playing with that, it looked more and more like a trowel. At one point I said, “Why don’t I just make a trowel?”

I hadn’t looked at any of the other trowels on the market at the time. [I] later found out that it could easily be described as derivative of things that other entrepreneurs have made. That happens a lot – people think of the same thing or similar things independently.

Since then, we have grown and evolved a bit, especially the directions. People are used to just pushing on a shovel with their feet. With a trowel, they get a big fat handle and they really push. You can’t do that with sheet metal or it is going to get uncomfortable darn quick.

It dawned on us that you should use it upside down a lot more, as a way to increase the amount of pressure on the edge. That’s really good for breaking stuff up. It also dawned on us that it is a really good way to probe the top three to four inches of the whole area so you don’t immediately run into rocks. That happens a lot.

Especially with kids, you dig a lot of poop holes. Sometimes I would literally be on my fourth hole before I find a place that would go deep enough. Using it upside down turned out to be a pretty good solution.

Rex: I have been a happy user of your trowel for a few years now. I took it out and started using it like a regular old trowel. But the videos you are producing have opened my eyes.

Mike: We are just beginning to reap the rewards of getting that message out. These videos are really starting to kick in and show people how to dig a deep enough hole, which I think is the root of a lot of our toilet paper problem.

Rex: I think it’s easy for people to say, “I hit some rocks three inches down. I guess that’s as far as I’m going.”

Mike: That was a major disappointment when I read about how turning over rocks [to bury or cover poop] really doesn’t do any good.