You are here: Home / Articles / Protecting Your Food From Bears (Members Q&A)

Learn how to store your food and protect it from bears in the backcountry - an overview of different methods and when to use them. 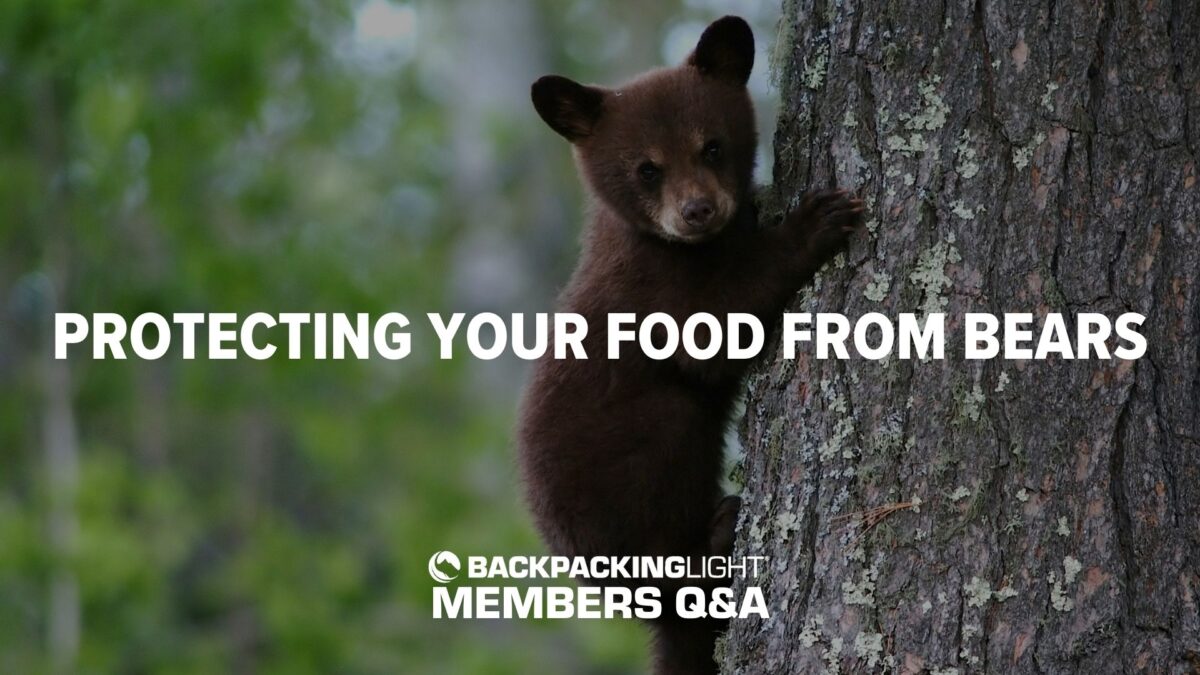 Figuring out how to protect your food from bears in the backcountry is a puzzle that has been debated by backpackers, food storage gear vendors, and agency land managers for decades.

Hanging a bear bag is time-consuming and prone to error, portable hard-sided bear canisters are heavy, soft bags made from bulletproof fabrics are controversial, and permanent food storage lockers are expensive. In this Member Q&A, we discuss the pros and cons of all methods of food storage in bear country, including one that’s practiced by more hikers than you may think: sleeping with your food. You’ll learn a solid base of skills in this webinar that will help you make a good decision about how to manage food storage while backpacking in bear country.

To access the live or recorded (video) version of this event, a printable slide deck for note-taking, and the related resources/downloads, you must be logged in with an active Basic, Premium or Unlimited Membership.

Backpacking Light Member Q&A Sessions are Hour-Long Members-Only Live Events – they are recorded, and the recorded session will be made available below after the live event has ended.