On the afternoon of November 20th, 2015, after 57 days on the “trail,” Rich Rudow and Chris Atwood floated just below the Pearce Ferry Rapid completing the 700-mile traverse below the Grand Canyon Rim. This is a difficult task. More people have climbed Mt. Everest and completed the Triple Crown (AT, PCT, & CDT) than have completed this route.

But, I wondered, “Could I do it?” Would my 50-year-old body hold up to the rigors of a thru hike on some of the most difficult terrain on the planet for 57 continuous days? – Rich Rudow

This route has been a lifelong goal for Rudow, who has been passionate about exploring and preserving the Grand Canyon’s allure for decades. When compared to other commonly accepted outdoor challenges, a traverse below the Grand Canyon Rim seems to trump them all including K2 (technically more difficult than Everest with worse weather) which has only 300+ successful climbs. Even the moon (which has been visited by 24 astronauts) can’t hold a candle (maybe a little hyperbole here) to the Grand Canyon Rim traverse which has only been completed by 12 people.

Why is the traverse of the Grand Canyon Rim so difficult?

So all this begs the question, why haven’t more people completed or even attempted this route? We talked to Rich on the phone a few weeks after his trip, and he emphasized that this traverse took one year of planning preceded by several years (maybe even decades) of preliminary planning, research, and exploration of the area. We mean it when we say that this route is no joke. 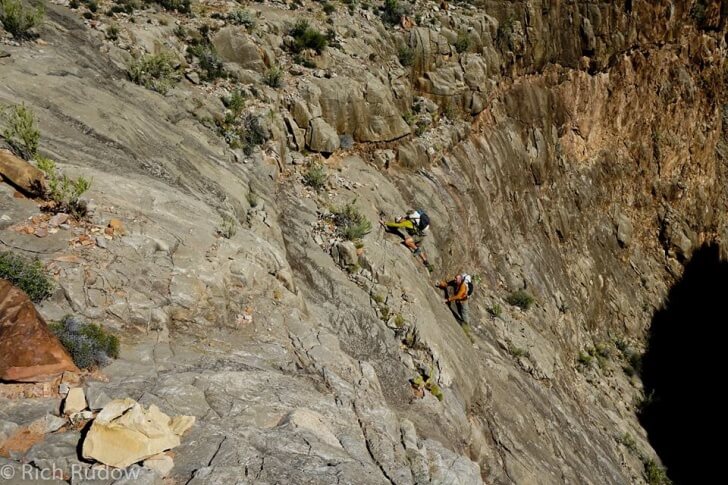 I did it—57 days and 20 pounds lighter. I thru hiked the Grandest cathedral on the planet. How? I wondered that myself. But, I’ve spent half my life preparing for this trip. – Rich Rudow 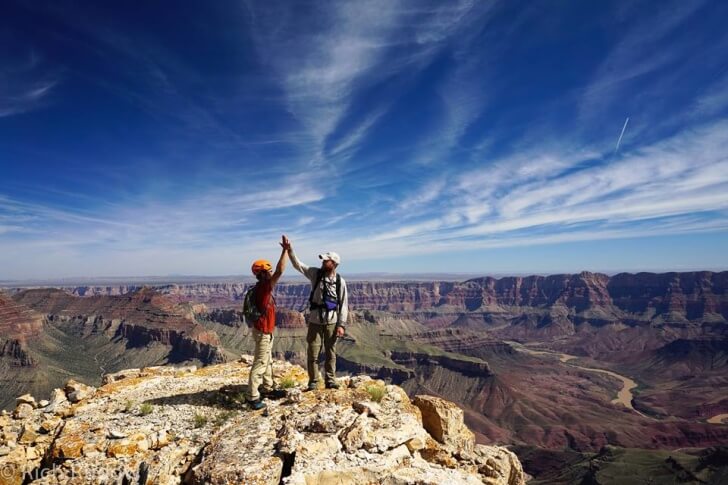 How did the trip go for the group?

After spending months crafting a day-by-day, detailed route, the crew started with six hikers at Lee’s Ferry. Only three were slated to finish the whole trip (Rudow, Atwood, and Dave Nally), but even some of those that were going part of the way found the heat too much to handle and left earlier than expected. Both Nally and Rudow suffered from Giardia during the trip, and Nally left on day 23 due to a respiratory illness.

In the end, Rudow and Atwood emerged victoriously, a lifelong obsession with this wild place momentary abated and a renewed sense of commitment to make sure this place lives on. 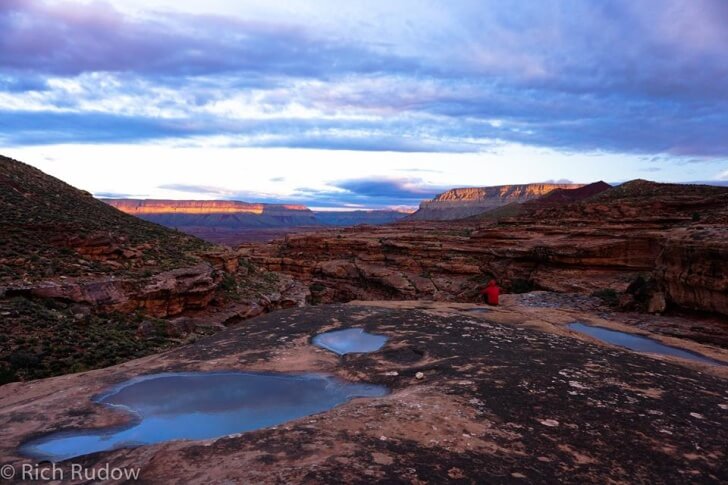 More on this adventure: