You are here: Home / Articles / Getting to know “Buck” Nelson: Modern Mountain Man

"Buck" Nelson might be the closest thing to a modern mountain man. Read Jorgen Johansson's interview with the man who loves the outdoors. 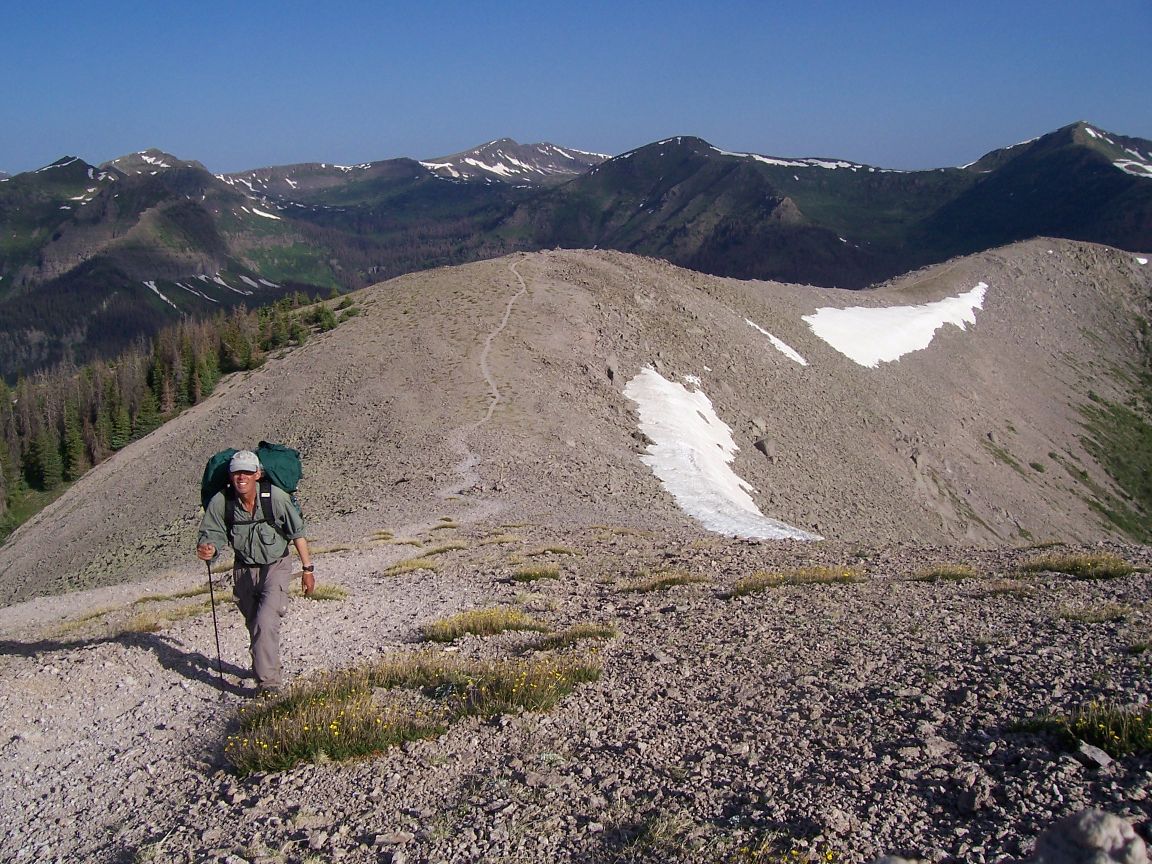 Fairbanks-based Bruce L. “Buck” Nelson has done most things imaginable in the wild and not so wild areas all over the US. This, modern mountain man has completed the Triple Crown, paddled the Mississippi by canoe, and he is the first person to thru-hike the Desert Trail. These treks are just the beginning of his adventures. The former Alaska smokejumper has not only traveled alone across Alaska but has also paddled and hunted the magnificent state extensively. A couple of summers ago he spent 70 days surviving on an island in the southern part of the 49th state starting out with no food whatsoever.

If you are into hiking and interesting personalities, Buck Nelson will be a person well worth knowing about. This is how I first got to know about him and subsequently met him over some hash browns and over easy eggs.

I was intently watching the TV screen when one of my teenage sons happened to pass by. He stopped and watched as a gray-bearded backpacker with glasses and a baseball cap trudged along a nameless valley in Alaska’s Brooks Range.

“He looks like you,” my son said disinterestedly and moved on towards the fridge.

The DVD I had been watching for the umpteenth time was Alone Across Alaska, Buck Nelson’s inspiring film about him hiking and paddling across the state, from the Canada border to the Bering Strait in 2006. I was at that time planning my own, more modest, backpacking trip across the Arctic National Wildlife Refuge. That would mean doing about half of Buck’s hike, from the border to the Haul Road, and I was studying how he, and Andrew Skurka a couple of years later, made their way through the eastern Brooks Range. Now, I knew that I did not look much like Andrew, but I had to agree with my son about Buck.

As part of my own planning, I emailed Buck and asked about some nuts and bolts regarding my trip and he promptly replied with some valuable advice. After those and ensuing contacts I thought it would be a good idea to have a beer with him, when passing through his hometown of Fairbanks, AK, on my way to the northern mountains in 2014. Maybe not surprisingly, he was busy elsewhere, living off the land for an entire 70-day summer on an island in southern Alaska, a survival feat described in his book Alone in the Fortress of the Bears.

This was the summer of 2014, but when I was back in Fairbanks for another ramble in the Brooks Range in 2015, Buck and I got together for breakfast at Sourdough Sam’s. We talked about many things, and I was beginning to get a more complete picture of who Bruce “Buck” Nelson is.

I asked Buck about some memorable outdoor moments from his life, and those who have seen his film Alone Across Alaska will easily recognize his adventures.  He states,

Paddling the Noatak River segment of my Alaska traverse, I noticed something black on the riverbank up ahead. When I got closer I saw it was a black wolf in pursuit of a caribou. The terrified caribou jumped into the river and swam just ahead of the bow of my inflatable canoe. As I drifted past, the jet-black wolf stood on the riverbank, his yellow gaze shifting back and forth between my eyes and his departing meal.

Buck grew up on a dairy farm in Minnesota. As his name Nelson suggests, the family hails from my own Sweden. This makes me think we might have one or two genes more in common than people who do not sport gray beards, glasses and baseball caps.

The fact that Buck often mentions his background on the farm might indicate that it was a pretty good place to grow up. In his book, Alone in the Fortress of the Bears, he describes how he and his younger brother, beginning when they were nine and five years old, used to “live off the land.” They would go out for two-three days with tent and sleeping bags, but bringing no food, only their .22 rifles. With such a background it is not surprising that this young man decided to go west and grow up with the country.  He tells us,

I was flying over the remote wilderness of western Alaska on a smokejumper plane. It was midnight, and I was kneeling in the open door of the plane, parachute on, just in case, watching the endless mountains and rivers roll past, a thousand meters beneath me. The tundra was golden in the low light. The midnight sun glinted off countless unnamed lakes and meandering, spruce-lined streams. Moose fed here and there in rippled ponds. It was achingly beautiful.

In my conversation with him, he elaborated.

The Inteview with Buck

The following season I was offered a job on a helitack crew, in Tok, Alaska. Then I got an opportunity to train as an Alaska smokejumper. Once I made it through training, I knew that smokejumping was the job for me.