You are here: Home / Articles / Cutting it Short in the Lost River Range

Cutting it Short in the Lost River Range

Mark Wetherington confronts the novelty of bailing on a trip after things don't go as planned in Idaho's Lost River Range. 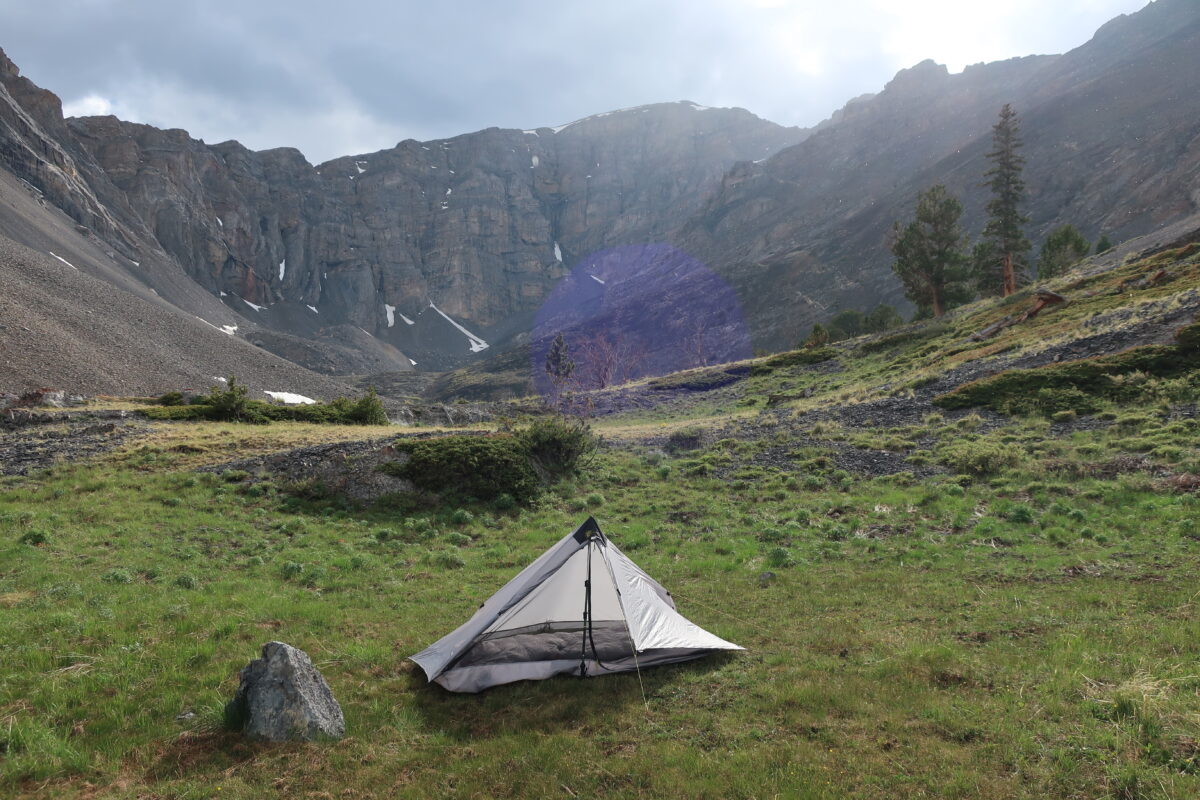 With 1.3 million acres of wilderness conveniently located a few miles from my house, I don’t have to look far when I want to hike to subalpine lakes, meadows, peaks, or amble beside a mountain stream through coniferous forest.

I’m able to plan many trips on short notice since there’s a bare minimum of logistics involved, and as someone who is not averse to visiting the same places, I never feel like I’ve seen all there is to see in my local mountain range.

But during the shoulder-season months when backpacking in much of the Northern Rockies tends to be an exercise in frustration, I often travel a bit further afield to reach more accommodating environments for multi-night trips. And sometimes, like almost all backpackers, I want to experience hiking through a landscape with different geology, flora, and fauna than I’m accustomed to.

The Lost River Range in Idaho had piqued my interest over the years. It wasn’t until this past summer that I was able to carve out the time to drive 200-plus miles south for a backpacking trip there. I’d read, and re-read, a compelling description of a 40-mile traverse of the range in Backpacking Idaho by Doug Lorain and had done some day hiking and rock climbing in the area the previous September. A trip to Craters of the Moon National Monument in April took me directly past the Lost River Range. Its snow-covered peaks stretched skyward past 12,000 feet and a coniferous forest striped the middle elevations before fading into the high desert of the valley floor. After seeing the Lost Rivers then, I became determined to do a proper backpacking trip there over the summer.

Since the most practical way of doing the trip would involve a shuttle, I got in touch with my friend Jim, who’d previously expressed interest in exploring the area. We’d done several trips together, from long day hikes to a four-day trip along the Selway River, and fortunately, our schedules aligned and we were able to tentatively commit to a week in late June for this trip. I can imagine some incredulity that we would set aside an entire week for a mere 40-mile trip, a distance which many lightweight backpackers would easily tackle in a weekend, so I’d like to take this opportunity to provide some clarification before I get too deep into this narrative.

A full day would be consumed just by driving down and setting up the shuttle, with distance and the range’s notoriously bad roads working against us, and we would camp at the trailhead the night before our trip. We also wanted to give ourselves plenty of time for side trips and to enjoy our time in such an impressive landscape. And, perhaps most importantly, we didn’t want to overestimate the progress we would make as there were significant portions of our route which lacked any trail whatsoever, and other sections where the trails we would be hiking on were unmaintained. After my firsthand experience with the trip, I can wholeheartedly attest that this paragraph from the trip description in Backpacking Idaho was not an exaggeration; if anything it was a slight understatement:

Though gloriously scenic, significant parts of this trail are so sketchy that much of the walking is effectively cross-country. In addition, junctions are almost never signed and many trails shown on the U.S. Forest Service maps either do not exist or are literally miles from where they are indicated . . . this trip is recommended only for experienced hikers who don’t mind doing some bushwhacking to follow a poorly signed and rarely traveled route.

Rather than finding that a discouraging caveat, both myself and Jim thought it seemed like the perfect trip to kick off the summer backpacking season. And having done several backpacking trips with Doug, the author of the guidebook, and working with him as a co-author on a guidebook for backpacking in Washington, I felt confident that our metrics for difficulty were similarly calibrated.

Home › Forums › Cutting it Short in the Lost River Range