A detailed review of the Therm-a-Rest Vesper 20F Sleeping bag over 3 seasons of use including detail commentary. 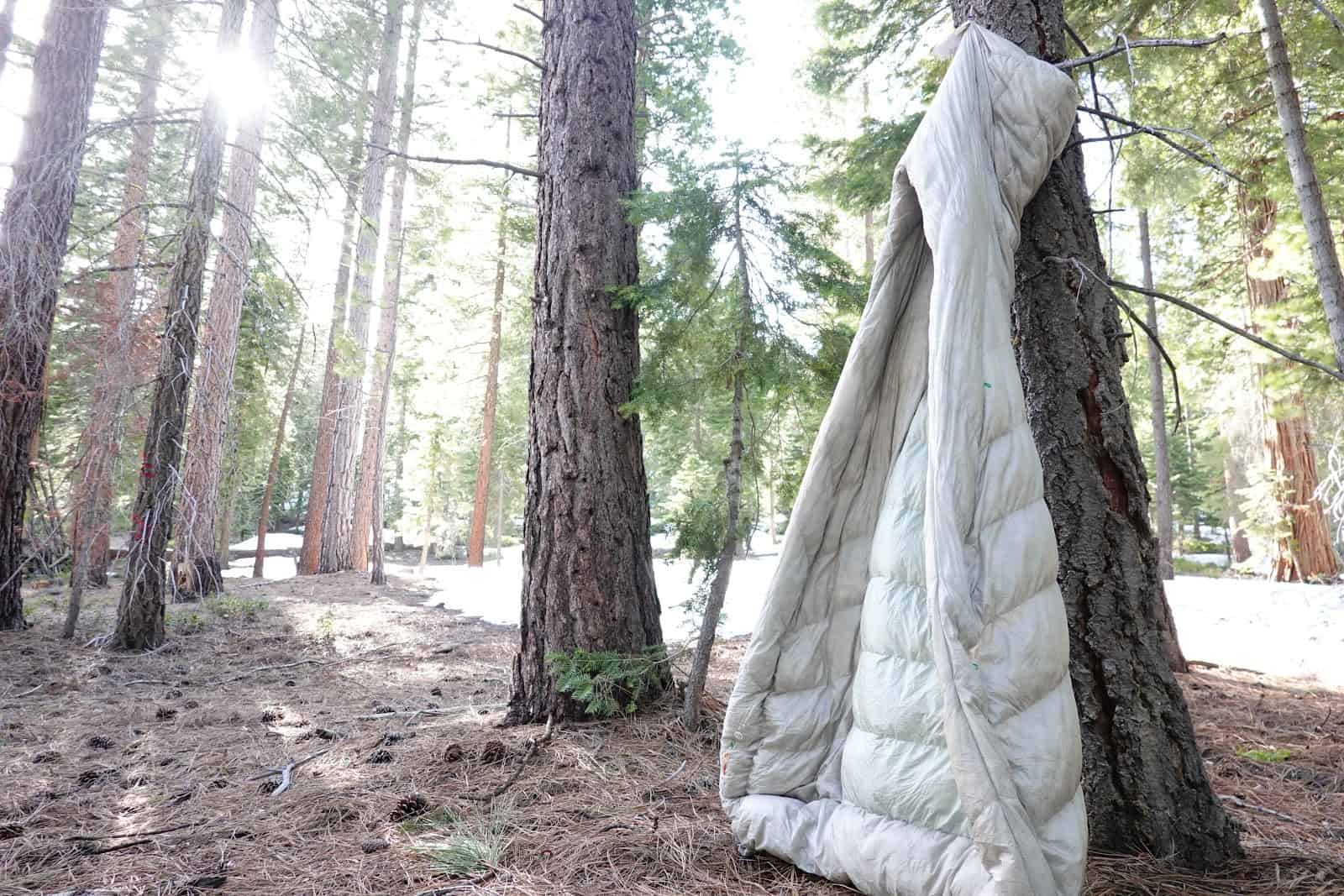 The Therm-A-Rest Vesper 20F represents another step in a growing trend: mainstream gear companies increasingly catering to the ultra-light crowd (the REI Magma Trail Quilt 30, which we’ll compare to the Vesper to later in this article, is another example of this phenomenon). The Vesper is EN/ISO safety rated for a range around 20 F (-6.7 C) with a comfort rating of 32 F (0 C). Premium materials and a no-frills but elegant design combine to form a 19 oz (539 g) down quilt that packs down small, making the Vesper a powerful tool in an ultralight sleep system.

*More on this in the Temperature Rating and Warmth section

Login as a Premium or Unlimited Member to read the comprehensive Performance Assessment and Author Commentary sections of this review:

Member's only version is 4,400 words and includes 13 photographs.

The Vesper 20F is a superior product: it excels in field performance, design, and material choice. Its warmth-to-weight and warmth-to-size ratio are top of class, and it handles inclement weather as well if not better than any other down quilt or bag I’ve come across. The design is precise and the manufacturing quality is as high as you would expect from Cascade Designs (which is to say, extremely high). The loose threads on my sample Vesper are not likely to be found on the consumer runs of the product. My minor gripes like fabric color, stuff sack type, and an easily losable pad connector pale in comparison to the Vesper’s main strengths: just how warm of a quilt Therm-A-Rest manages to squeeze into such a small and light package. I consider the Vesper to be one of the top three quilts available at the moment, and as such I believe it deserves a Highly Recommended rating.

Andrew Marshall is the Managing Editor and Podcast Producer of Backpacking Light and the co-founder of  Backpacking Routes. Andrew is an essayist, poet, painter, and fine-art photographer, with work regularly appearing in prestigious but low-paying national publications. He unashamedly drinks instant coffee when in the backcountry. You can find him on Instagram, Twitter, and at his website. Warning: social media content is mostly cat-related.