Dan Durston is a gear designer, wilderness guide, and biologist. In this interview with Rex Sanders, he talks about the process and philosophy of shelter design. 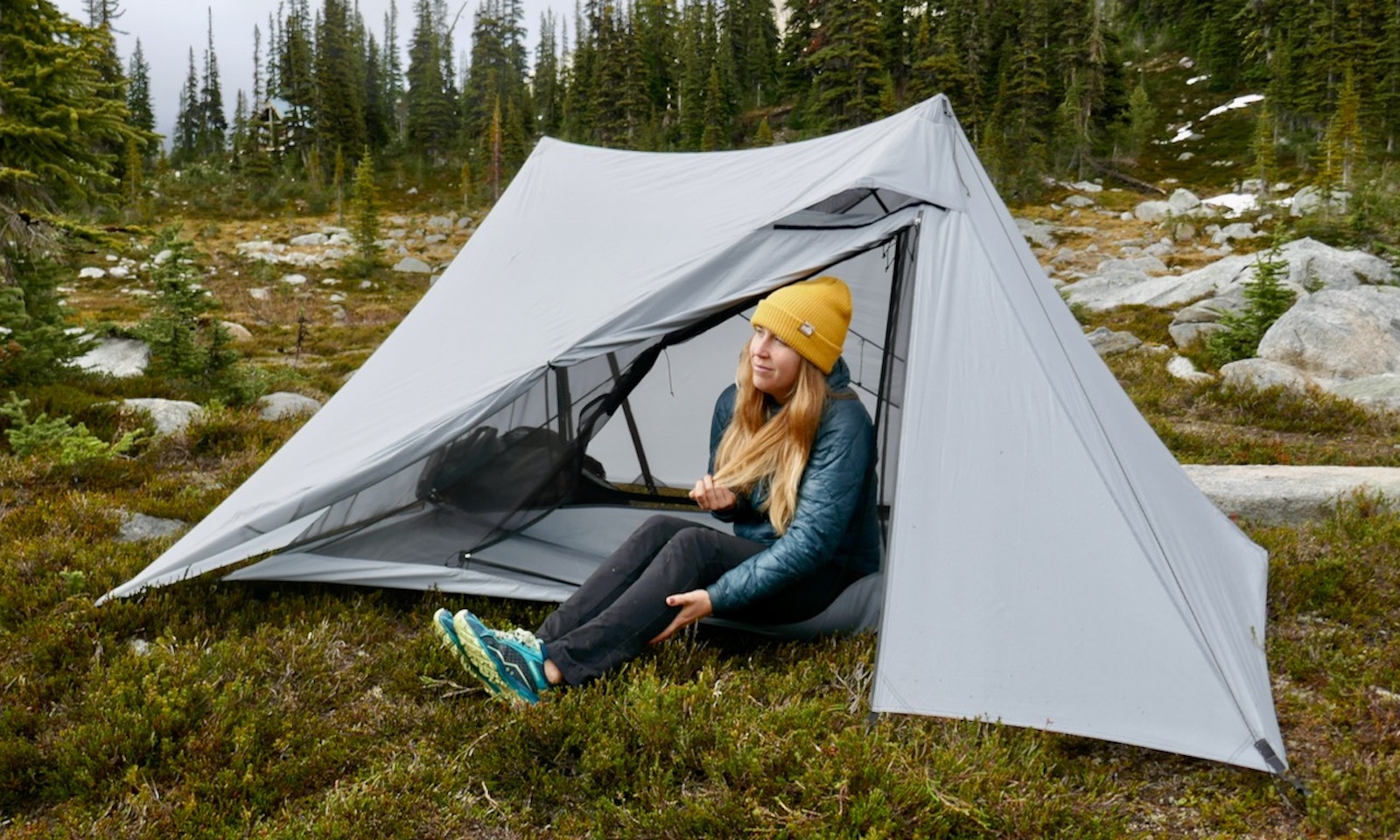 In January 2021, we spoke for nearly two hours over Zoom. An earlier article focused on standards and testing. This article covers tent design, the business of making tents, customer support, backpack design, and future plans. I edited the interview for length and clarity.

Imagining Better Tents as You Hike

Rex: How did you decide to start designing tents?

Dan: I’m picky and want things how I want things. Back in 2009, I bought an REI Co-op tent and re-built it out of DCF (Dyneema Composite Fabric) because I wanted it to be lighter. I got the fly from 18 ounces (510 g) down to 8 ounces (227 g). I [also] replaced the poles with carbon ones. Then I did a bunch of tarps, and I built a few other items over the years – rain gear, backpacks.

I was using single-pole pyramids, and I liked that they are so simple, four stakes, put the pole in, done. But I didn’t like how there was not that much headroom. I have two trekking poles; I’ve got to be able to put the second one in there.

I thought about that a lot on the PCT in 2014, but every solution was more complicated and it wasn’t clearly better.

It’s got to be two poles and they have got to be back from the edge, because if the poles are near the edge you need a guyline. How do you do that in a rectangle? The only way to do that is to put [one rectangle] on an angle and steepen the other. I sewed one with no intention of getting into design. I had all those thoughts, and they went on the back burner until 2017.

Drop said “Sure,” and a New Tent Was Born

Dan: I got a free pair of hiking poles for a hike, and I had to write a review for MassDrop. They were looking for more projects at the time, and I said I have an idea for a tent.

They said, “Sure.” And I thought well, if we could professionally do this, and I get one, that can’t even be that much more work. I’m so slow in sewing.

It started with the vision of what I wanted, the geometry, and then a lot of the actual designing stuff had to come later. Just a big huge crash course. Since then, I’ve learned so much in the last couple of years. I always thought it was going to be one little fun production run.

Then we did the two-person tent, and I’m working on a bunch of new stuff now. Still learning a lot.

Taking out the complexity