2018 Packraft Reviews and State of the Market Report providing a comprehensive overview of solo river packrafts. 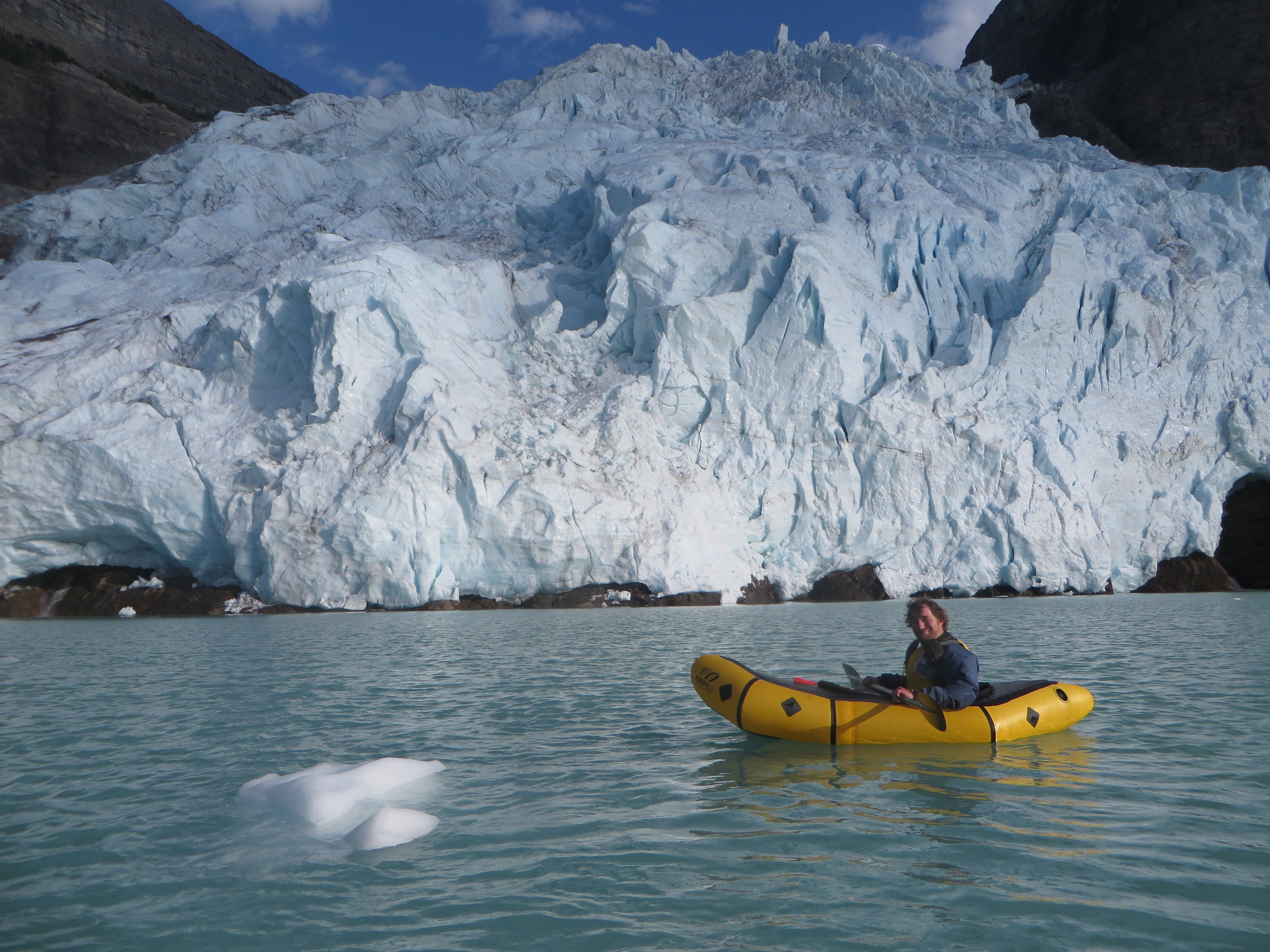 Packrafting, the practice of backpacking with a lightweight inflatable raft, has been going on since the 1980s. Participation in packrafting grew after Alpacka began making rafts in the early 2000s.

Since then, Alpacka and other companies have created increasingly sophisticated rafts with more and more features, mostly to increase whitewater performance. This makes choosing a packraft a bit more complicated than it was just a few years ago.

This whitewater packraft review will help you understand some of the complexity in the river packraft market, and to help guide you in selecting a packraft that is appropriate for your own needs.

This review focuses on one-person packrafts suitable for river paddling in wilderness areas.

If you plan to go packrafting in a big wilderness area in the Northern Rockies, Canada, or Alaska, you will want a raft that is big enough to carry you and your gear through mid-sized rapids.

The first packrafts were quite like a rubber pool toy, just tougher. Since then manufacturers have modified the shapes of their rafts and added more features. The upgrades can add cost and weight but they also improve performance in many ways, so they are worth considering.

After seats, spray decks were one of the first features added to packrafts. The primary purpose of a deck is to keep waves from splashing into your boat and filling it with water. Rafts that fill up with water are not just uncomfortable, they are sluggish and difficult to maneuver. Another benefit of decks, even on gentle water, is that they keep the rain off and hold warm air in.

There are two basic designs for spray decks. First, is a deck that has Velcro on the edge. You sit in the boat, flip the deck down and you’re ready to go. The main deck of this type is the Alpacka “Cruiser Deck.” Feathercraft offered a similar deck on it is Baylee and Bolder rafts, except it had shoulder straps to prevent water from pooling.

Velcro type decks are simpler, slightly cheaper and lighter and quick to get in and out of. The disadvantage is that the Velcro over time loses its adhesion and potentially becomes loose in whitewater. Also, with Alpacka’s cruiser deck, water tends to make its way in at the paddler’s back. Cruiser decks seem most-used by casual packrafters and those who value light weight and simplicity over whitewater performance.

The other design for spray decks is what Alpacka calls the “Whitewater” deck. A similar deck available on Kokopelli rafts. The whitewater deck attaches permanently to the raft with an opening or cockpit to sit in. Around the opening or cockpit you run a plastic pipe (Kokopelli) or several pieces of aluminum tube (Alpacka). The tubing creates a combing for the spray skirt to attach to, similar to a whitewater kayak.

A whitewater deck is heavier than a velcro design and takes a bit longer to get set up, but it does a much better job of keeping water out. If you are going to be paddling in continuous whitewater, a whitewater spray deck means a much drier raft, and less time spent stopping to emptying your boat.

Self-bailing packrafts are a recent trend that seems to be catching on quickly. Feathercraft and Aire were already making self-bailers, but in 2016 Kokopelli and Alpacka both introduced self-bailing models of their existing packrafts.

Self-bailers have an inflatable floor with drain holes around the edge, so the paddler is (mostly) out of the water. This adds bulk, but since self-bailers have no deck, the weight is similar. Alpacka claims the self-bailer option adds 6-8 oz (170.1-226.8 g) (not including the thigh straps and backband). Kokopelli’s 2016 self-bailer is a few ounces heavier than the decked Alpacka, but Ben Brochu put them on his scale and found the self-bailer was an ounce or two lighter.

There are a couple of advantages to a self-bailing raft. If you capsize, it is quicker to self-rescue and start paddling again without having to bother to put on a spray skirt. Ben Brochu’s experience on the Wood River illustrates this advantage. His raft flipped and he quickly got back in. With no time to fix his spray deck, he ended up swimming again. Also on technical rivers with lots of wood or sudden drops, having the option to jump out of your raft quickly proves helpful.

Another advantage of a self-bailer is the inflatable floor. First, there is an additional cushion between your body and the floor of the raft. This lessens the risk of floor punctures when striking rocks while packrafting.  Also, the inflatable floor makes the raft frame stiffer and keeps your rear end from sinking down below the boat which causes additional drag. This is especially evident when you look at a decked vs. self-bailing boat underwater. Finally, the thicker floor and increased rigidity of a self-bailer results in a higher seating position, which increases visibility and edging ability.

There are a couple of downsides to self-bailers. They are colder because your legs get splashed a lot more and no deck exists to minimize evaporative cooling from your lower body. The raised seating position has its advantages, but lowers stability (by raising your center of gravity), so that takes some getting used to and requires some compensation and more balance control.

It remains unlikely that self-bailers will replace decked rafts but many experienced packrafters seem to think the advantages outweigh the disadvantages in many situations, and they appear to be catching on quickly.

Thigh straps are straps running along the inside tubes of a raft that you slip your knees under. This allows you to move the boat around by twisting your lower body. It is possible to roll a packraft like a kayak using thigh straps, but the primary function is to increase the paddler’s connection with the boat for better maneuverability.

Everyone I know who has tried thigh straps agrees that they are a huge improvement, almost mandatory for class III+ whitewater. Many times, the current pulls my boat over. To set things right, I use a brace and a hip twist. I wear thigh straps even in very mild water just because I love the feeling of having total control of where my packraft goes.

The positioning of thigh straps is important because getting it wrong causes problems. Ideally, the thigh straps attach along a straight section of the raft tubes. When not in use the straps rest tightly against the tubes. This does two things. First, the risk of leg entrapment is minimized when thigh straps are tight against the raft tube. Second, tight thigh straps more efficiently transfer your hip movement to the raft. Some rafters have enjoyed success with adding a mid-point thigh strap attachment to achieve the same end.

Kokopelli and Alpacka both offer cargo zippers as on option. These airtight zippers allow you to store your gear inside the raft’s tubes rather than strapped to the end of the raft. 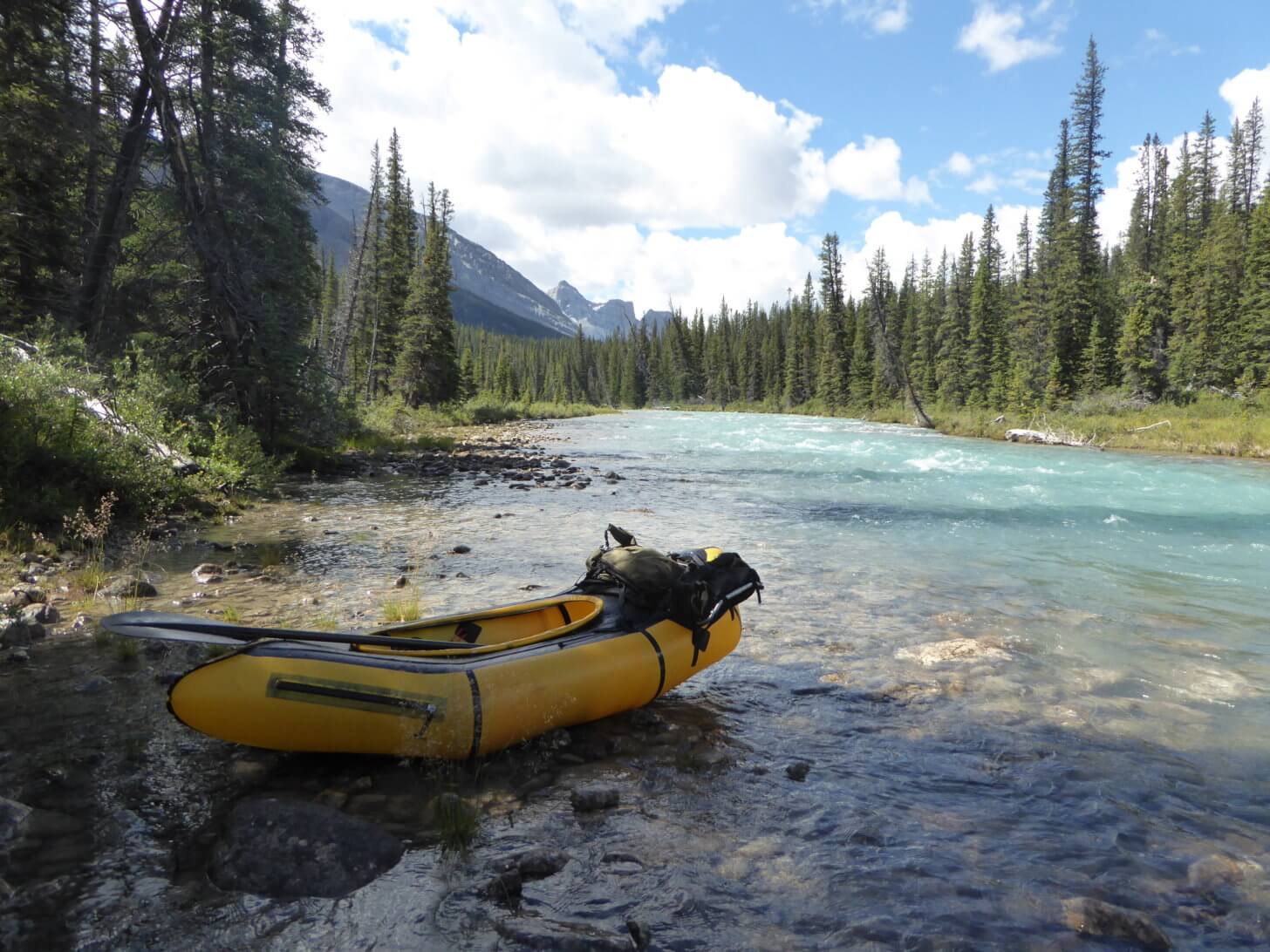 Without a pack strapped to the bow, packrafts handle whitewater much, much better. By lowering the center of gravity, stability increases.  Also, the awkward weight on the end disappears. It is also easier to see obstacles without a pack in the way.

The primary concerns with zippers are durability and longevity. Zippers can leak if they get dirty. Proactively cleaning a zipper and keeping it lubricated prevents most problems. It is unclear how zippers will hold up in the long term because they are relatively new. A prototype packraft from 2000 is still going strong so a raft should last at least 10-20 years. It is possible zippers might wear out before that but Ben and I think that is a risk worth taking considering the benefit.

Below is a comparison of the features offered on different packrafts. Scroll right to see the entire table.