Loncke claims that his trek was the first successful expedition of its kind, but expeditions like this are hard to verify. Loncke did not have a car to shuttle his gear or supplies nor did he utilize any caches – he carried all of his gear, food, and water – close to 95 lbs in all to start – on his back.

Watch this video and get a feel for what this expedition was like.

I love to prepare for such challenges, the pain in the knees, feet, lack of food and water is compensated by this immersive experience with the desert and having the privilege to witness all its beauty – Louis-Philippe Loncke

Loncke’s past experience prepared him for Death Valley

Loncke is no stranger to the hardship that is required to complete a trek like this.

In 2007 Loncke completed one of the most remarkable treks in recorded history: a trek across the entire Tasmanian Wilderness – 310 miles and 49 days. The end became a battle for survival, as he ran out of food, had a dead GPS, and no communication with the outside world.Here are some of Loncke’s other expeditions that led him to the Death Valley traverse:

Here are some of Loncke’s other expeditions that led him to the Death Valley traverse:

Has the Death Valley route been done in an unsupported, cache-free style before?

A complete traverse of Death Valley has been completed a number of times – with resupply and water caching.

According to Loncke’s research an unsupported traverse has been attempted twice by the same American who employed a desert cart to transport his gear. The American failed both times (on one trip, his cart would break down and he had to spend too much time repairing it; on another, he lost too much time ferrying gear across difficult terrain so he could drag his cart across it).Loncke believed he could do it with nothing more than strong legs, determination, and a backpack. 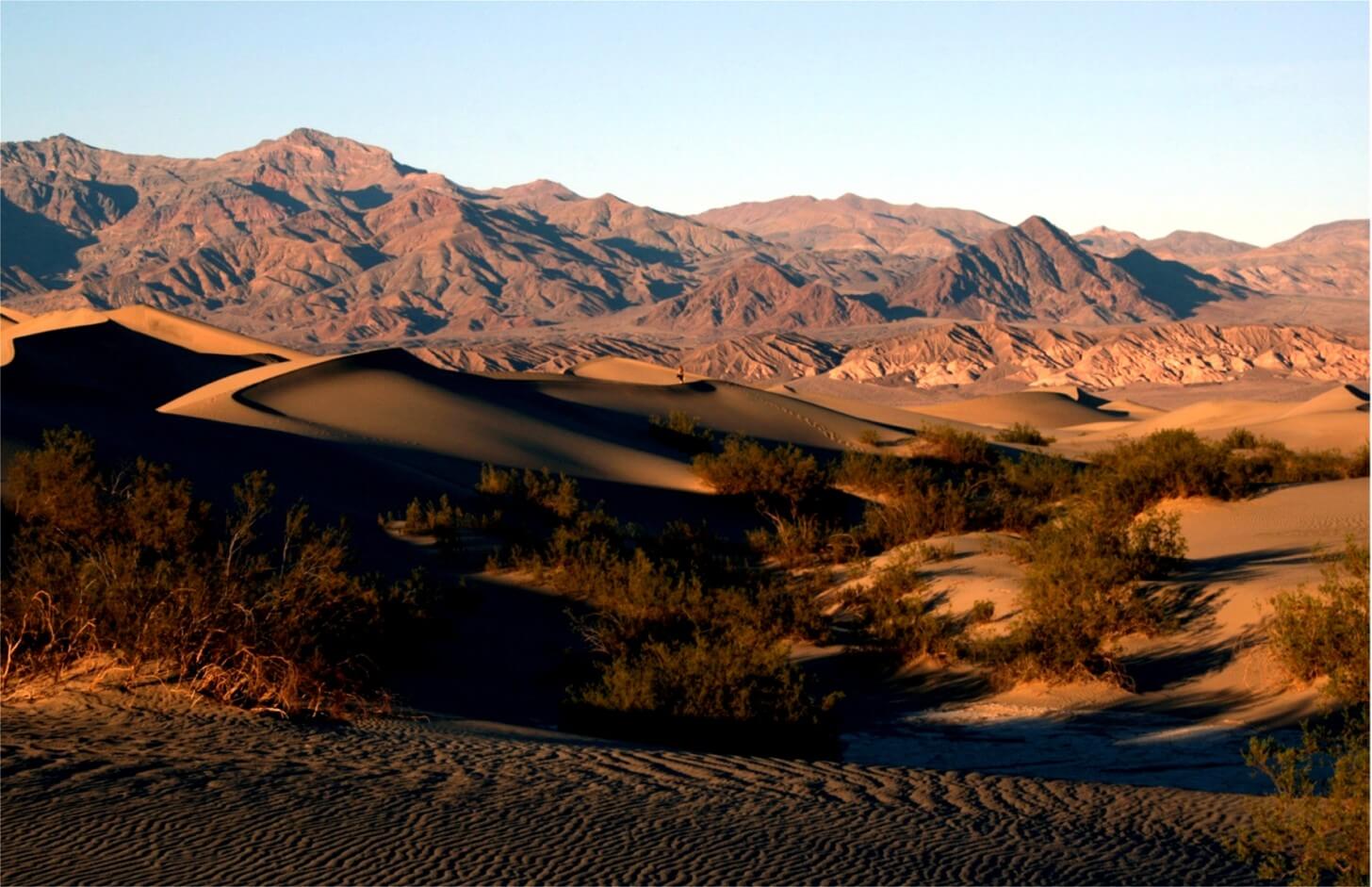 After some adventurous hitchhiking from Las Vegas, Loncke began his trek in the afternoon sun. He opted to do some of his hiking at night when it was cooler, aided by the light of a full moon. Other than being forced to rest in the middle of the day due to extreme heat and leaky water bottles, the first two days passed without major incidents.

On the third day, Loncke stopped sweating, couldn’t keep his heart rate down, and began to overheat. He reasoned that this state was due to an improper salt mix in his water which caused the salinity of his blood to be to high. As a result, he stopped sweating which is very dangerous especially so in a desert environment. His state continued to decline into day four when he decided to abandon his trip.

And then – as he was preparing to exit, he came across some pools of water where he was able to ditch some of his salty water supply and replace it with fresh water. He decided to continue and complete his trek.

I woke up at 1 am and started walking with the moonlight at 2 am until 7pm the same day. The first four days I stopped during the heat of the day for several hours due to my overheating but the last days I could continue walking even during the heat. – Louois-Philippe Loncke

With each successive day, Loncke’s pack weight decreased and his speed increased. On the final night, he took a risky shortcut through some hills that saved 4 to 5 miles. The next day he completed his trek.

Is it possible to do this expedition in 6 days?

Loncke insists that an “athlete” who prepares well and takes the right gear would be able to do this trip in 6 days. He has the following suggestions for anyone willing to try:

How tough was this expedition?

Loncke was on the move for 16 hours a day (averaging almost 19 miles per day) through some of the harshest terrain on the planet. Death Valley has more than 20 different classifications of terrain, limited access to water, and the conditions are hot and dry. The physical and psychological toll, especially on a solo trek, can be excruciating.