Learning Curve: Learning to Turn Around

For some people, turning back is the hardest skill to learn. 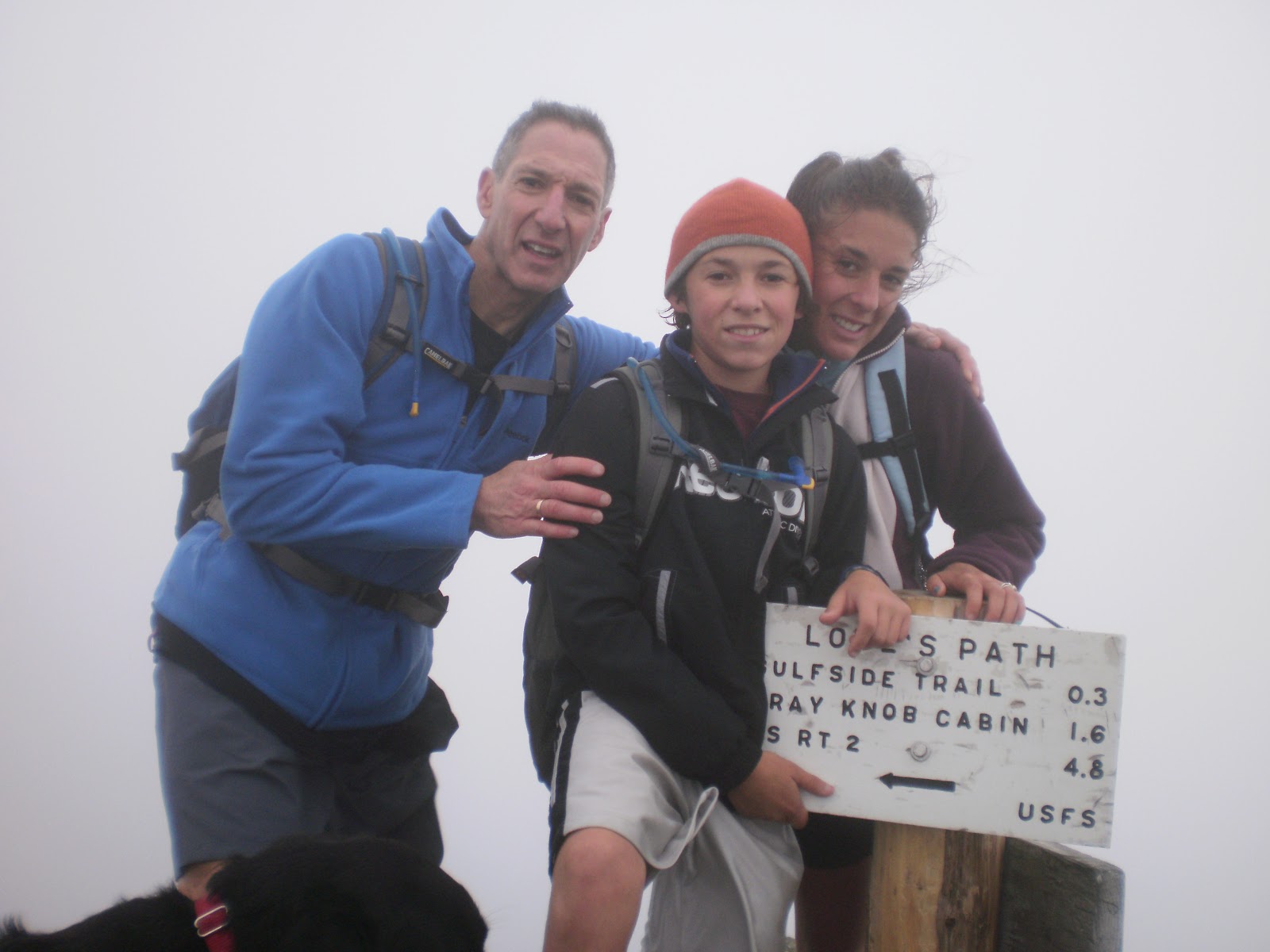 A few months back, I wrote about learning to suffer. I spoke from experience, discussing how people who finish the hardest backcountry trips have learned to gut it out. They don’t quit—they push through the worst conditions, worn-down bodies, and debilitating mental fatigue.

There’s a point though, where that mentality becomes not just unreasonable, but unsafe as well. For certain people (hello, me), knowing when to turn around can be harder than just suffering.

My desire to finish what I start is a combination of fierce pride mixed with an overblown “I can handle it” mentality. It’s sent me racing a high tide across an inlet as the water is rising and my companions are yelling at me to turn around. It’s sent me continuing up prominent peaks as lightning forks overhead, and it’s prevented me from speaking up when I know I’m not fit to be in a certain situation.

This mentality landed me, a bare beginner skier, in the advanced skier group during a backcountry avalanche safety course last year. I’d been skinning once in my life and was barely coordinated enough to wobble down groomed blue runs at our local resort. But thanks to the sleek ski setup I’d received as a perk of working in the outdoor industry, plus athletic friends who actually knew how to ski, I’d been lumped in with the group skinning to the highest meadow for field practice.

I watched the beginner groups with rental skis strapped to their backpacks boot-packing to the lower areas. I wanted to speak up and see if I could switch groups, but I stayed quiet. My friends helped me set my bindings to walk mode, and I fell in line with the dozen or so participants who absolutely, definitely knew how to ski.

Our two instructors led us higher and higher. They scanned the meadows, looking for a good place for our group to set up. Each time they stopped (and then invariably kept going), I’d hunch over my poles, wheezing from exertion. The climb was steep and narrow, and I didn’t know how to do skin turns. My friend stuck close behind me, offering tips. Step on the skis? Something about 90-degree turns? Making them cross in the back? I don’t remember, because this was the last time I skinned, and I’ve mostly blocked this day from my memory.

By the time we arrived at our meadow to dig pits, measure slope aspect, and practice beacon locating, I was paying zero attention. My entire thought process was consumed with staring down in horror at what looked like an impossibly steep mountainside of deep powder disguising unpredictable terrain.

I grabbed one of my friends.

She was usually encouraging about my skiing progress, but now she scanned the slope from her waist-deep position in the pit we’d just finished.

“Um yeah, yikes,” she said. “Why didn’t you say anything when they put you in this group, or ask to turn around?”

I shrugged helplessly. Was it pride? Had I just blindly accepted the instructor’s false assessment of my skills based on my fit companions and really nice ski setup? Whichever it was, we’d been up on the mountain for hours by this point, and it was time to rip the skins and head down.

My fears were correct! It was really bad!

Falling Down the Mountain

I was the last to go, peering down at the tiny dots of the other group members waiting at treeline. I went into a frantic, splayed pizza stance, skidded a few feet down, then fell over. I pushed myself up, vision spotting from stress, then tumbled sideways into the snow, my skis over my head. An instructor had waited behind me and was trying to give verbal assistance. I pushed myself up again, made it through one turn, then tumbled into the snow again, ejecting from one of my skis.

The slope seemed to grow longer and longer. It took me so long to get down the first section that the group was visibly freezing as they waited for me to finish tumbling down the hill. Murmurs of encouragement greeted me, but I stared at my cursed skis and waved the group on.

The next section through the trees was the same. I hit a tree, fell off the trail, lost a pole. I skidded sideways down through bumpy, deep snow on the final run, avoiding eye contact when I reached the base. I just wanted to be back in my truck.

Obviously, the best thing would have been to step to the side when I realized we were climbing too high for my abilities, and tell an instructor I was switching to a beginner group. But I had forced myself to stay put and gut it out.

The situation wasn’t overly dangerous, but this mentality, despite my proclaimed affinity for suffering, can be detrimental in other situations. If I was in over my head on a backcountry ski tour and something bad happened, would I have the skills to get down? To rescue my companions? The answer is a resounding no, and it’s something I have to accept to ensure I stay within my limits, even if it means turning back or declining an invitation.

I Come by it Honestly

Understanding my own limits has always been harder for me to accept than just gritting my teeth and getting through it.

I have a hunch that this is at least partly genetic. One of my most formative memories of hiking in New Hampshire’s White Mountains was a multi-peak traverse with my dad. I was in late high school, and my dad was in pursuit of his first completion of New Hampshire’s 48 4,000-footers.

Whatever this third peak on the traverse was, he needed it for his list. In classic New Hampshire fashion, our bluebird day at the trailhead had taken a miserable turn. We were above treeline, and frigid wind howled around the open peak. Visibility had disintegrated to almost nothing.

My breathing was shallow and panicky, and the clouds were so dense that I felt entirely alone, despite hiking with my dad and brother. My only reference point was my dad calling for myself and Aaron to follow his voice over the boulders as we climbed higher into the gale. As we passed the bad weather route that would have taken us around the summit cone, I begged my dad to turn around. But he wanted this peak, and we were within a half-mile (800 m) from the top. I didn’t feel confident splitting up, so I kept climbing.

My dad’s face is saying “Maybe I shouldn’t have taken them up here.”

Neither of us has changed much since then. I recently asked my dad about one of his winter peak-bagging hikes, and he reluctantly told me he’d wound up with frostbite from the nasty conditions.

“Why didn’t you turn around?” I asked, knowing full well I probably wouldn’t have either. He had been with another companion who needed those peaks for a tick list (sound familiar?) and didn’t want to leave his partner alone.

That same day, another New Hampshire hiking friend told me there had been a rescue on Franconia Ridge—conditions were ghastly above treeline and no one should have been out there. She also discussed at length the desire to continue hiking beyond her capabilities and comfort. Is it just me, or is this mindset not terribly uncommon?

Sometimes the hardest thing to do is turn around.

I have friends with extensive backcountry experience who are never too proud to say they’re uncomfortable with the conditions. They are able to separate their capabilities from the conditions without worrying whether or not this reflects poorly upon them. They are thinking safely and critically, not concerned they’ll seem “weak.”

Do I respect them less for calling it? Never. They’re my most trusted companions, and when I can’t make a decision about bailing, I turn to them. Even though I recognize the value of knowing when to bail when something doesn’t feel right, it’s something I am continually working on.

But hey! When it comes to skiing, I’m definitely not too proud to stay low. In that particular instance, I’d say I finally learned something.