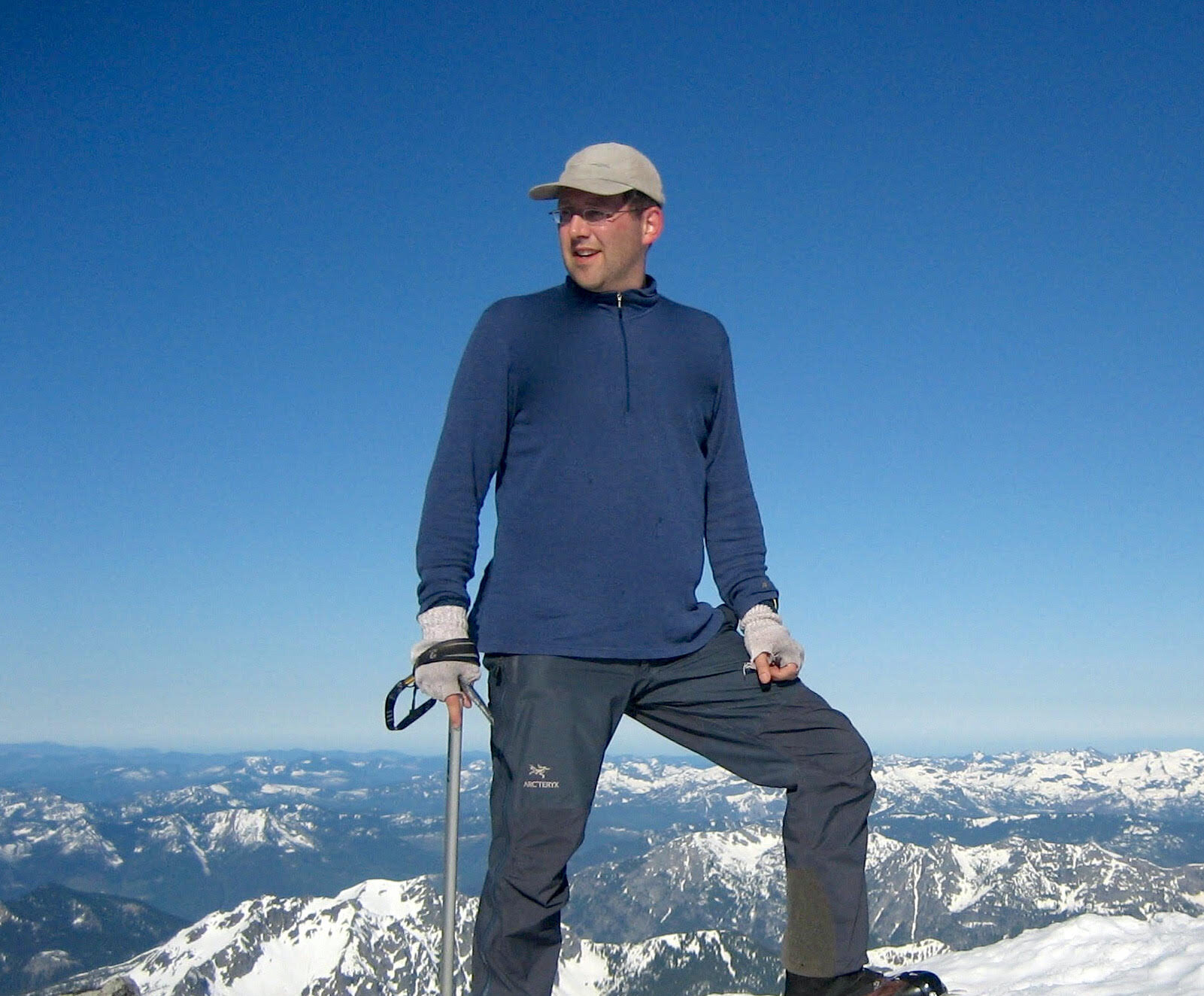 For more than 20 years, Michael Glavin has created and sold outdoor gear while working for many companies you’ve heard of, including MSR, Cascade Designs, and Sierra Designs. Now he’s the founder and general manager of Zenbivy, making innovative backpacking beds and related products.

We covered many topics during a long interview, including:

I’ve edited this interview for length and clarity.

From TV Journalist to Van Life and Beyond

Rex: How did you decide to start designing backpacking and camping gear?

Mike: I was a television journalist and had a career. I used to work at CNN in Atlanta, where I met my wife. Then we quit our jobs and moved into a van. I was a backcountry guy and wanted to go out west where the big good stuff is. And I was always enamored with MSR.

I started at MSR in customer service making $6 an hour. I was working on stoves, then I worked in product management. That turned into concepting, and design evolved over the years.

In the manufacturing world, there are [lengthy] tooling and lead times. I dealt with this at MSR. They plan to run those stoves for long periods of time to justify the tooling. I find things that are sewn more fun.

Mike: Basically, I started MSR tents. They were Walrus and Moss at the time, and another brand called Armadillo.

We started winning awards at MSR with some of the concepts I did. The Hubba Hubba was a tent I did with Jim Giblin. We did the Missing Link, the first tarp tent shelter. And then a bunch of stuff through Cascade Designs.

I ended up getting a job at GSI Outdoors, which is what brought me to Spokane. I did all their nesting cook sets. People thought I was crazy. But that whole Russian doll idea of storage was a concept I drove there with a designer. I’ve been an ideator (one who holds or generates an idea, or synthesizes a concept), and generally partnered with a designer.

Origins of the Zenbivy Bed

Mike: Cascade Designs had famously failed in their sleeping bag launch in the 1980s. Cascade bought MSR, I became their director of marketing, and they didn’t want to do sleeping bags.

A lot of my ideas come from looking at different product categories and seeing what people buy. Talking to people who say, “I would never go backpacking and sleep in one of those terrible sleeping bags.” I get inspired about redefining categories.

Mike: I didn’t realize the full deficiencies of [the EN sleeping bag temperature rating standard] until I tried to use it for development and testing.

The big issue is that the test method is just measuring clo. You measure with little sensors in different places in the mannequin. If you leave air gaps around the mannequin, it’ll be less efficient. But when [the testers] dress a mummy bag, they fill the air gaps. So size doesn’t really matter.

We were trying to do the Zenbivy Light Bed, [based on the Zenbivy Bed], going from 700 to 800 [fill power down]. We were going to remove a percentage of the [down] weight evenly distributed among the chambers, and assume we get a similar result.

Why am I spending $600 on this test? If [the mannequin doesn’t] move, it is not a very good indicator of the temperature that people are going to be able to sleep at. You can’t compare one result to the other, which is what the consumer is trying to do.

Rex: That seems to be one of the biggest deficiencies of the standard.

Mike: And we never produced our Zenbivy Light Bed EN test, because [the pieces] are sold separately. We can’t EN rate them because you have to buy them together to get the rating. But we needed some way to do it. We started with marking their intended temperature.