DIY Ultralight Backpack: My Search for a Perfect Pack

After trying several commercial backpacks, I made my own DIY ultralight backpack so I could have the features I like. 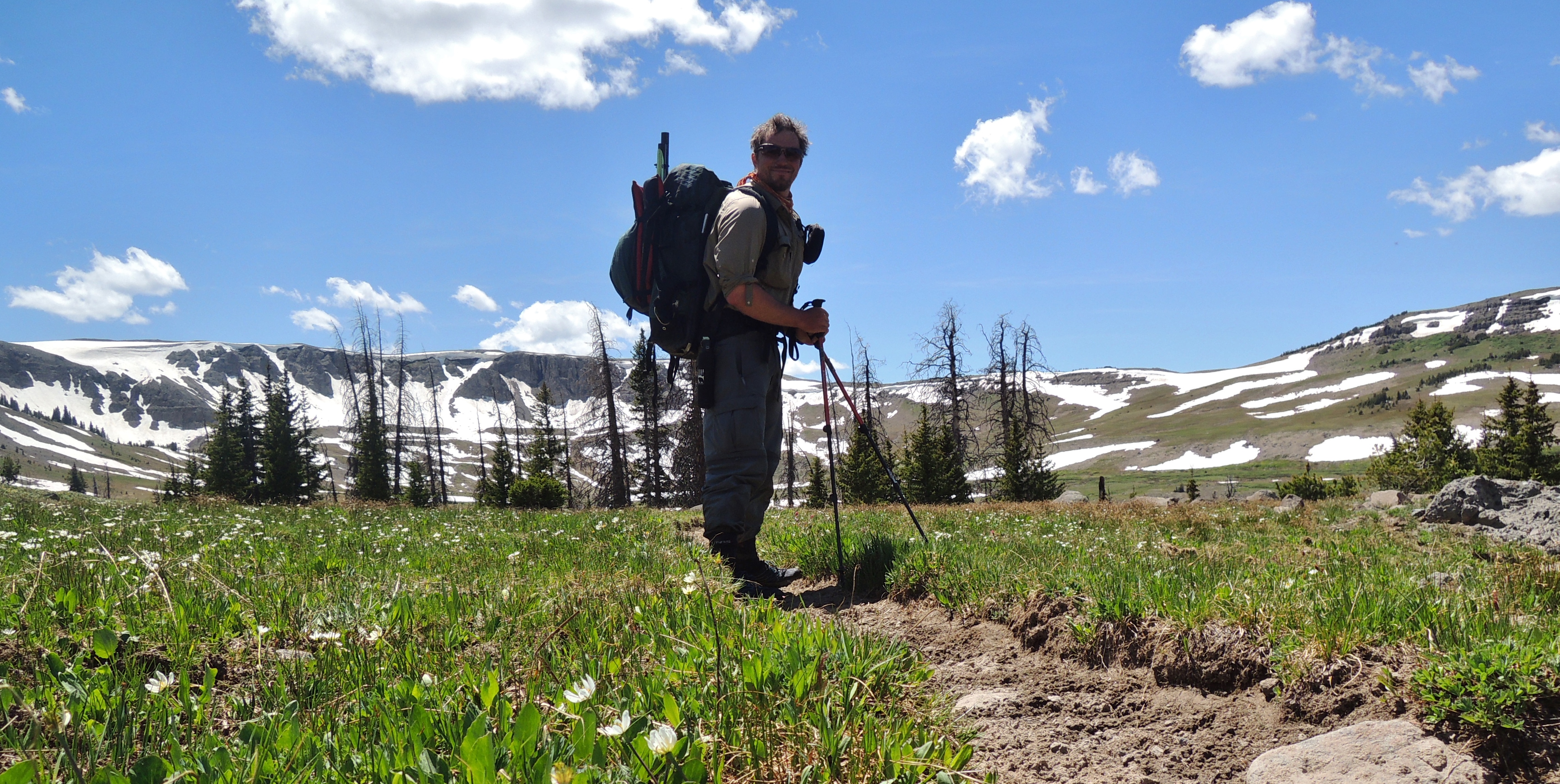 Over the years, I have experimented with many different styles of packs from frameless rucksacks to expensive custom-built packs. I have finally arrived at what I think is the ideal all around pack design – my DIY ultralight backpack. It weighs just over 2 pounds (.91 kg) and can carry 50 pounds (22.68 kg) if I need it to. And it’s so comfortable I don’t mind carrying it for ultralight weekend loads. Even better the design is modular so that I can switch between a small light pack for weekends and a bigger pack for long expeditions.

A Search for the Perfect Pack

From 2008 to 2011 most of my backpacking trips were short and light. During this time, I happily used some Golite and MYOG frameless packs.

Then in 2011, I began to gear up for the Colorado Trail. Suddenly I was considering carry a rather heavy load of food and water. I could have barely made a frameless pack work, but there was another factor. For years, I stiffened my frameless packs with a foam pad and slept on that same pad. Then I realized how comfortable an 11 oz. (311.85 g) Prolite Thermarest was. The inflatable pad was super comfortable to sleep on, but it did not stiffen up my pack like the foam.

I decided to take the Absaroka pack, and it worked great. I experimented with frameless packs a bit after that trip, but I kept coming back to the same conclusion. A 2 pound (.91 kg) internal frame pack was more comfortable with loads over about 15 pounds (6.80 kg) than any frameless pack I tried.

With the BPL pack wearing out I had Chris Zimmer make me a simple pack with a hoop style frame. I think it was 33 oz. (935.53 g).  Chris did a fine job on the pack, but I made a few mistakes designing the hipbelt. The pack should have been good to 40 pounds (18.14 kg) but with the poorly fitting hipbelt, it was limited to lighter loads. Please note this was a custom pack made to my specifications; I’m not blaming Chris. It was my bad idea not his.

In 2013, I got an Exped Lightning 60 for a BPL review. I used it in Wyoming then moved to West Texas where it was great for heavy water loads. It was slightly heavier than the Zimmer pack, but the hipbelt fit my body much better.  So I sold the old pack.

I probably would have stuck with the Exped Lightning or an MYGO version of it if I had not gotten into packrafting. It was quickly clear that my Exped was too small to carry my rafting kit. So I bought an HMG Porter 44000 and used it for the summer of 2014.

Ryan Jordan reviewed the Porter and liked it. My experience was that it was okay, but I had a few gripes. First, it just didn’t fit me as well as other packs. Second, I didn’t like the fact that it was so tall. I wanted more of the weight and bulk carried a bit lower for bushwacking. I considered a Seek Outside pack, but it was heavier and had a tall frame. It would have been great for packrafting, but I would have wanted something else for shorter trips.

My thinking changed when Dave Chenault began to blog about his modifications to the Unaweep pack. By streamlining the design, he created a lighter and smaller pack than the commercial Unaweep.

I immediately saw the benefits because his design would allow me to create a relatively light pack that could carry plenty of weight, and compress down small if needed for shorter trips. I could also make a smaller and lighter version for non-packrafting trips.

I ended up making multiple pack bags for different applications all using the same frame and hipbelt system. So with full credit to Dave for inspiring the idea, here are the basics for the pack design.