You are here: Home / News / Essays and Commentary / Getting Lost in an Urban Wilderness

Time to Get Lost.

When we venture into the wilderness, it’s never our goal to get lost. As soon as we step into our self-appointed naturescape, be it rugged mountains or vast deserts, the goal becomes finding our way out. But that doesn’t stop us from telling ourselves otherwise.

“Work will be a distant memory once we get lost out here.”

We lace up our hiking shoes and begin (almost subconsciously) to change our mindsets. We move from being goal-motivated to exploration-motivated. What’s next on our list ceases to matter. The possibility of getting lost in the wild, away from society and cell reception, helps our minds reach that point.

We don’t think of cities in the same terms. We vacation in urban centers to stimulate, not detox. You can get lost in a city, but odds are your accommodation is an Uber ride away. There are so many things to do in a city that it becomes hard to choose. So we’ve created an array of apps to help us save time.

What do we lose by scrolling Google for the best pan-Latin dive with a killer happy hour and outdoor seating? My challenge to you (and to myself) is to think of your next city adventure the same way you would a trip into the backcountry. Don’t worry about crossing goals off lists. Lace up your Converse and choose an exploration mindset. One that flows from cool looking bird to gnarled tree, or rather, from stretching mural to an eccentric street vendor.

Two friends and I put this into practice on a recent week-long trip to Mexico City. 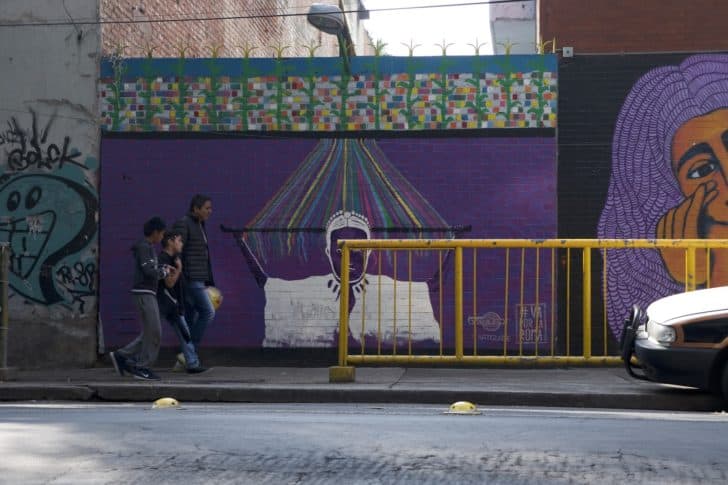 One of countless CDMX street murals.

A Moment of Hesitation

We were headed to Mexico’s capital to visit Ryo, our Japanese friend whom we hadn’t seen since freshman year of college, eight years ago. As usual with this group, we didn’t plan a thing. Before arriving in CDMX though, there were two things we needed to figure out. Both things will sound familiar to outdoor adventurers.

To fit a week of urban adventuring gear into a bag that’s supposed to slide under an airplane seat, you’ve gotta give up some luxury and implement the same ultralight backpacking skills you’d use in the woods. You also need a versatile bag.

Our ideal pack would be as follows:

This one was easy. The guys at Six Moon Designs thought they had a pack that would do the trick: the newly released Daybreaker. This pack killed it. You’ll see photos of it throughout the read. 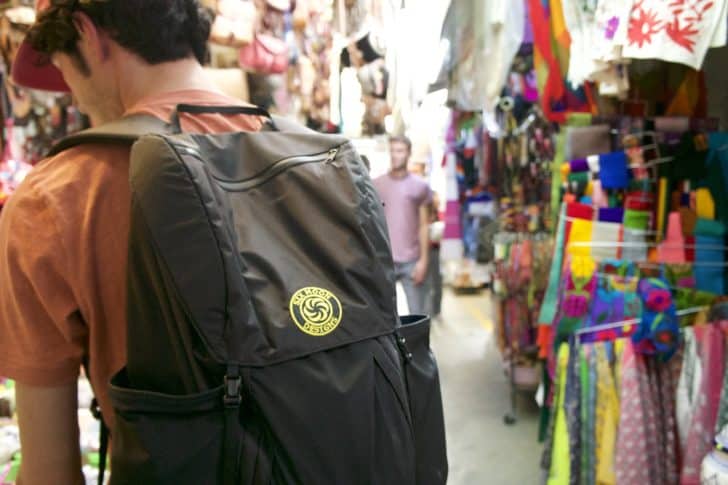 We would have tacos and tequila, but without any sort of itinerary.  None of us had been to Mexico City before. We didn’t want to get trapped relying on Google, or worse, arguing in our three-bed hostel room. We only had six days. We didn’t know how to do it, but we vowed not to get bogged down, crossing things off a Tripadvisor-inspired bucket list. We vowed to get lost in the city, just as we would get lost in the effortless joy of an itinerary-free backpacking trip.

Here’s how we did it.

Ditch Google for a Guide

It was Nathan who set us up for success. Unlike Rob and I, Nate actually did a small amount of reading prior to arrival and scheduled us a free walking tour for our first full day in Ciudad de Mexico. Belen, our guide with Mexico Walking Tour, and Oskar, our guide two days later with Mexico City Greeters, helped jumpstart our exploration. Most importantly, they provided local context with which to understand and appreciate the city. 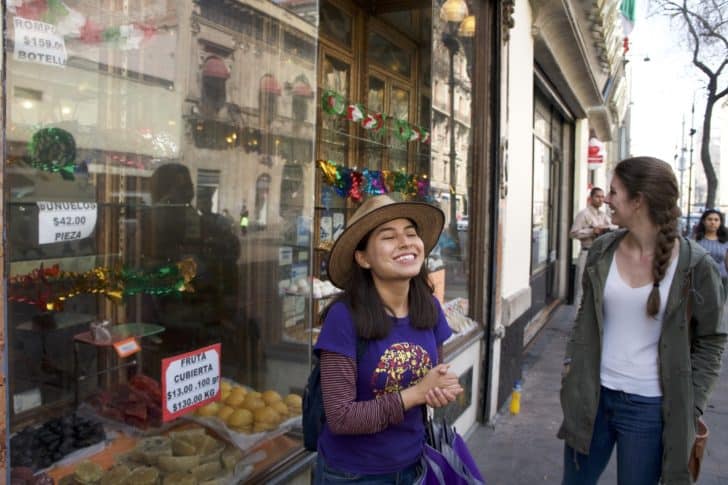 Like knowing your basic wildflowers, learning the history of the streets we walked enriched our wanderings and inspired more questions. The internet’s list of top ten al pastor taco joints could wait.

We Walked Our Legs Off

I can’t recommend walking highly enough. Or let’s call it hiking – urban hiking. That sounds better. It is a sublime way to explore a city. It’s slow, but so is hiking in the wild. That’s sort of the point. Hiking around a city helps encourage an exploration-mindset. Cities can be hectic. The sheer number of people getting stuff done, running to catch subways, honking, speeding, and yelling makes us feel like we need to do the same. Walk around a city with no goal other than vague destinations, and you start to get lost – that same state of mind we strive for on a backcountry trek. 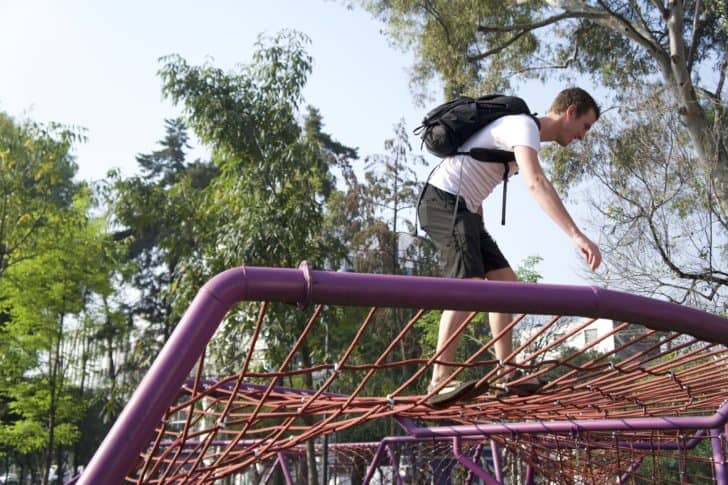 We happened upon more than one climbing opportunity.

I had blisters on day three. And of course, I hadn’t thought to bring blister-care – this wasn’t one of my guided backcountry trips. Walking brought Rob, Nate, and I to places that were not on any list. It’s how Rob and I ended up as the two goofy gringos in a street performer’s crowded comedy routine at Bosque de Chapultepec. We played the roles well. It’s also how Nathan and I happened upon a massive outdoor music festival promoting “Amor Sin Violencia” in Zócalo, Latin America’s largest square, and returned late to our hostel soaked by a sudden and incessant deluge. It’s how the three of us, on our last night, found ourselves in a speak-easy style nightclub with a heck of a view. 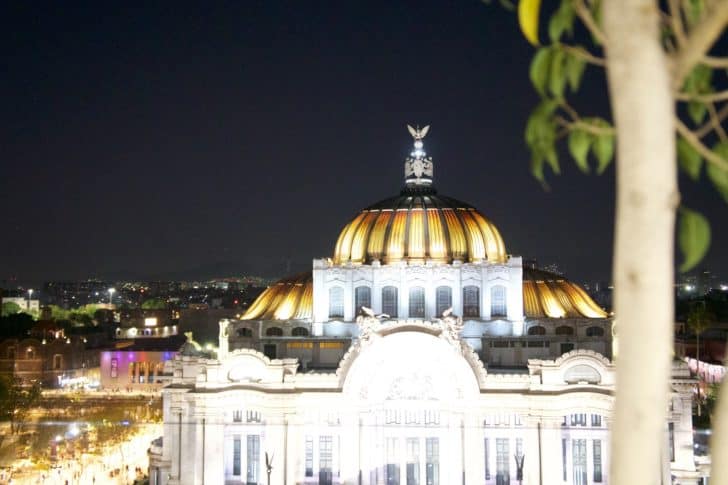 The Ciudad at night.

This one proved harder for Nathan and I, given our sorely lacking Spanish, but from day one, we sought answers from people, not phones. It reminded us of the time-honored trail tradition – two hikers traveling in opposite directions stopping to swap important (and sometimes dubious) trail info.

Our Uber driver from the airport, with help from his tipsy English-speaking brother, recommended a taco place that would become our go-to dig. That first night, the waiters giggled at the quantity of tacos we ordered and laughed harder when we tried to order water but ended up with horchata. We smiled, flushed red, and stuck to Modelo after that. 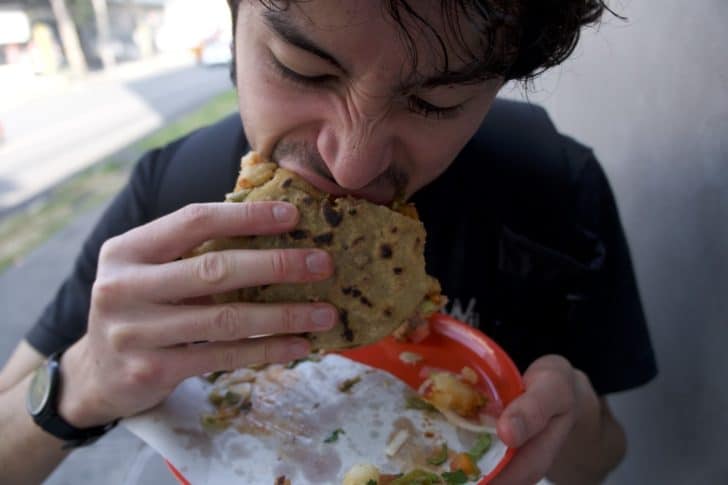 Leave no food cart behind.

Talking to locals introduced us to Mexico’s most traditional alcohol: pulque. For me, especially, pulque gave purpose to wherever we found ourselves in the city. I dragged the others along to off-the-beaten-path watering holes where ancient men filled our plastic mugs with the translucent liquid. When we met back up with our guides-turned-friends Belen and Oskar before returning to Oregon, it was pulque that closed the night. 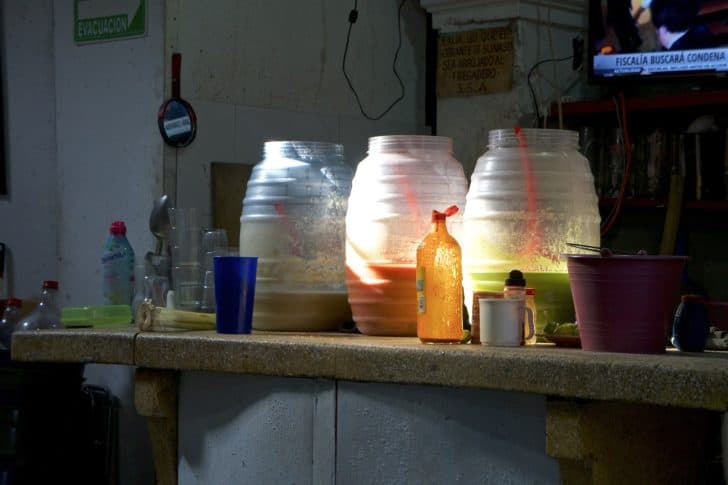 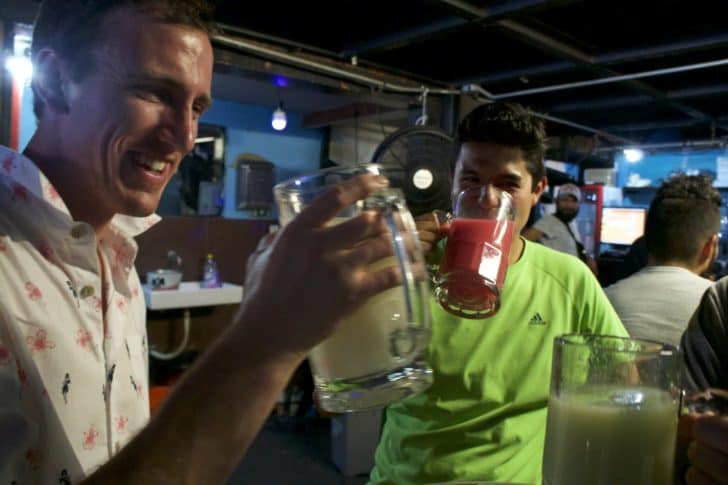 Pulque, an excuse to explore.

We Learned to be Okay With Downtime

Even on a hard-charging backcountry excursion, it’s nice to throw up a hammock and spend a few hours taking your leisure. As worried as we were about making the most of our week in Mexico, Rob, Nate, and I each hit a point where we needed to spend an afternoon on a park bench. While laidback vacationing is second nature for some, we had to arrive at an awareness that free time is okay. We didn’t go to see Goldlink and Erykah Badu three hours south of the City, because we didn’t want a rushed trip. We didn’t spend the entire week glued to each others’ hips either. Taking a solitude break gives you time to think, recharge, and synthesize your experience. 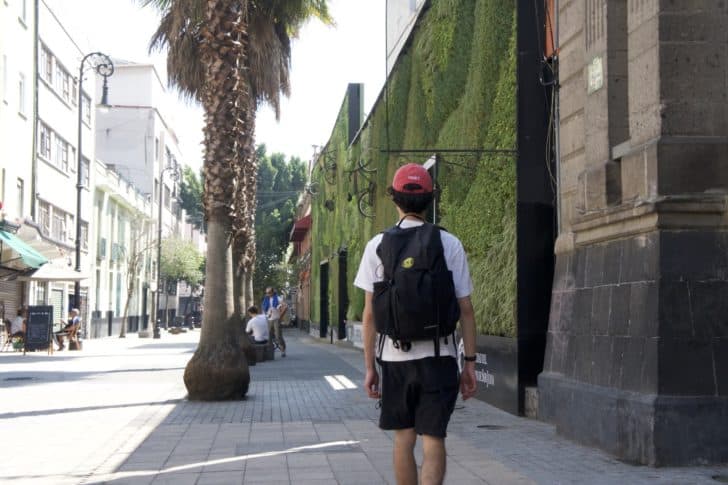 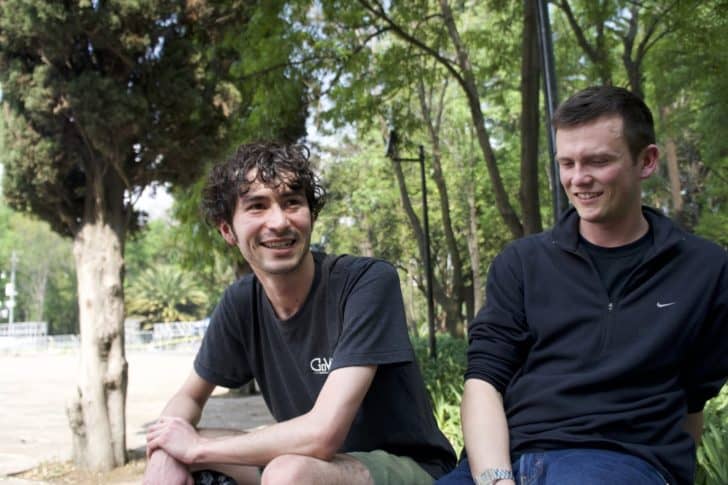 Taking time to relax was vital.

As in the wild, the urban landscape is chock-full of alternate routes and waypoints. Serendipity is right around the corner. You just have to let it find you. Be distracted, ask questions, chase feelings, and see what happens. Our week in the capital could have been spent (waiting in lines) at Mexico City’s most popular destinations and restaurants. We could have spent more money, slept in luxury, and come back with nice gifts. We might have avoided some gastrointestinal distress by eating more conservatively. We could have spent half the trip with our heads buried in our phones, double-checking, making sure we spent our money wisely.

Instead, we hiked. We laughed. We saw a Mexico City that only we could have seen. The paths our feet walked are not to be found again. 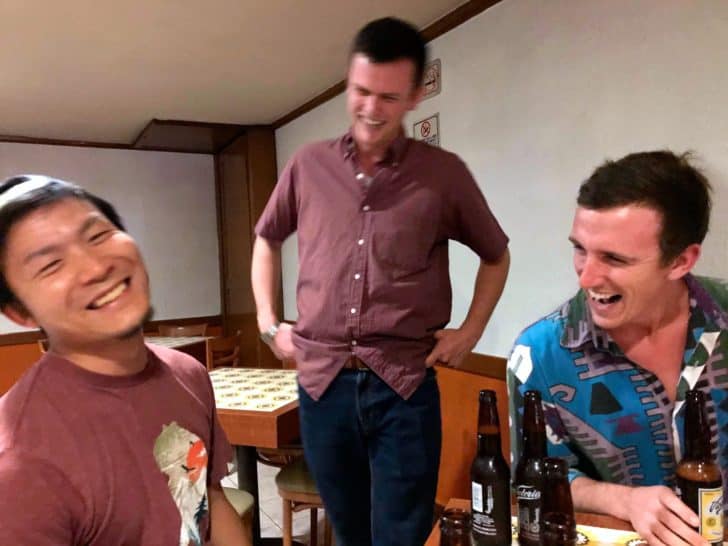 Home › Forums › Getting Lost in an Urban Wilderness