Backpacking Light columnist Mark Wetherington is no stranger to risk assessment. But this non-fiction account of search-and-rescue operations in North America gave him chills. 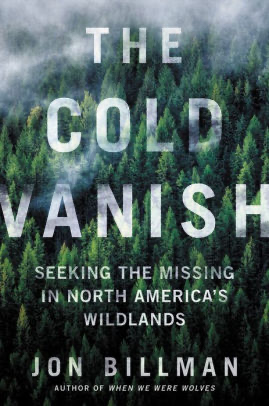 Unpacked is a new column from Backpacking Light by outdoor writer, gear tester, and librarian Mark Wetherington. It ranges from book reviews to essays on outdoor ethics and culture. There’s a richness in backpacking that’s rarely reflected in gear reviews and trip reports – this column aims to explore the deeper essence of our hobby with an insightful (and sometimes humorous) approach.

As someone who has enjoyed over two hundred nights in the North American backcountry on solo trips, and another two hundred or so with companions, I’ve often pondered the risks associated with wilderness travel. I reassure myself – or those in my group – that there’s a statistically minuscule chance of being mauled by a bear in the middle of the night, murdered at the trailhead by cult members, or becoming hopelessly lost. Nevertheless, such thoughts pop up from time to time.

The conventional wisdom is that understanding our fears helps us overcome them and rationally approach them.  We can safely enjoy our hobbies by acquiring knowledge and skills that allow us to recognize real threats, handle them with confidence, and ignore the boogeyman types of fears. Most backpackers, rock climbers, backcountry skiers, and other outdoor adventurers become masters at this, and it’s an approach that I’ve become rather adept at myself.

That’s why I was a bit surprised when “The Cold Vanish: Seeking the Missing in North America’s Wildlands” shook me up so much.

The Complexities of the Missing

In the book, Jon Billman explores various missing person cases that have taken place on North America’s public lands. The central narrative is the case of Jacob Gray, a bicyclist who vanished from the side of the road in Olympic National Park in 2017. In addition to chronicling the search for Gray, the author explores several other disappearances on public lands. Billman analyzes common themes in the responses and their efficacy, or lack thereof, and often interviews those involved. From park rangers to bloodhound search-dog handlers to psychics, Billman tries to provide a holistic view of the complexity of the efforts and the atmosphere around missing person cases.

The first-hand accounts – from the families of missing persons and those who helped in the search and rescue efforts – give the book an intensity that is both compelling and unsettling. As you read this book, you become fully aware of just how much we don’t know about the people who go missing on public lands in the United States. Even simple facts like just how many people are reported missing in national parks and forests each year are almost impossible to arrive at because of jurisdictional complexities. The book doesn’t shy away from unscientific explanations either; advocates of extraterrestrials, Bigfoots, and other phenomena are respectfully included in the explanations for the unexplainable.

With the author at times joining Jacob’s father in his quest to find his son – whether that’s in the bottom of streams in the Olympic Mountains or communes in the Pacific Northwest – you’re provided with a glimpse into the nuts-and-bolts of searching for a missing person as well as the intense desperation of the loved ones left behind who are seeking closure and peace while hanging onto hope.

The stories covered by the author are so intriguing, and the scope of the book so varied despite focusing on a single topic, that it is easy to overlook the quality of the writing itself – which is excellent. This book is not likely to remain unfinished on your nightstand, although it might be one that you should avoid giving to friends or family who’ve expressed concern about your safety while backpacking.

If you don’t currently use a personal locator beacon, inReach, or a similar device, this book provides plenty of tragic inspiration to get one. And by doing that, it just might be one of the few books that could save your life.