Enrollment now open for the Spring '23 cohort of BPL Basecamp

Two ibuprofen and a five-year-old Band-Aid ain't gonna cut it. 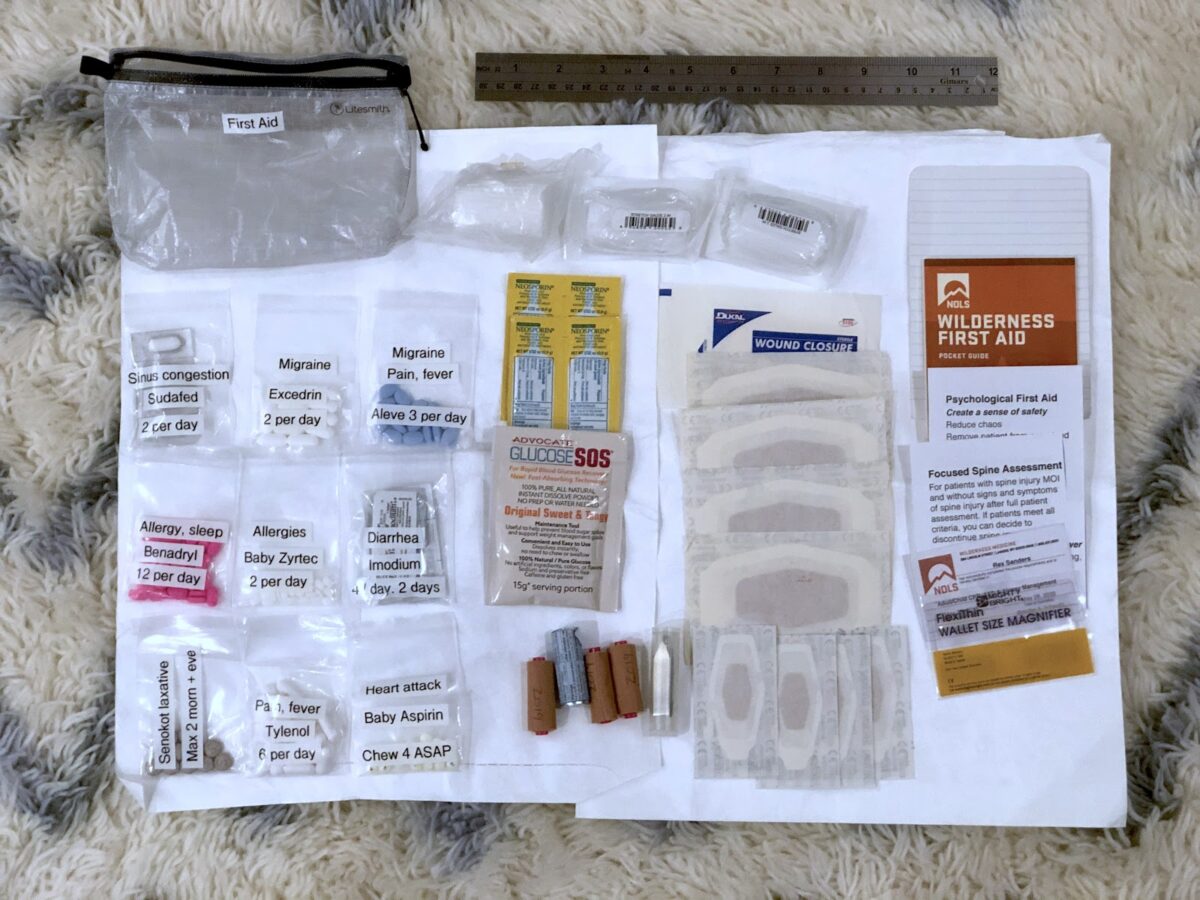 I was often mystified by backpackers who proudly claimed to carry nothing more than a couple of Band-Aids and a few ibuprofen in their first-aid kits. On the other hand, I struggle to keep mine under seven ounces (198 g). Why the big difference?

For many years, I thought it was because I knew better. But after decades of hubris on this topic and a few others, I’m discovering that other points of view might be valid. Please carefully consider your backpacking first-aid philosophy, then think long and hard about getting the right training and carrying a big enough kit for you.

My Training and Experience

In the 1990s and 2000s, I was the leader of more than 100 whitewater rafting trips that regularly included over two dozen participants. The best trained first-aid person on those adventures was usually me. As the trip leader for a bunch of people who often had very limited outdoor skills or equipment, I had a special responsibility to be prepared. Most of those trips included heavy-first aid kits because weight isn’t a big issue when you have a floating 14-foot (4.3-meter) raft to carry the load. And multi-person trauma scenarios are not unheard of on those adventures.

But sometimes rafters can go overboard, so to speak. On two long trips in remote areas, the people in charge of first aid had little relevant experience, and let their fears drive the packing list. Both expeditions carried suitcase-sized kits that we rarely used. One we never opened, since it was much easier to dip into personal gear than to dig through that large rocket box.

I have treated serious injuries and illnesses on several backcountry trips. One scene ended with a helicopter evacuation from a deep, narrow canyon by a courageous pilot. On another trip, we watched someone in a nearby group die before we could help. And I’ve suffered from plenty of Type III fun that landed me in emergency rooms. Bad stuff happens despite your best intentions and preparations.

The “Best Backpacking First-Aid Kit” is a Myth

Where’s the happy medium between a couple of Band-Aids plus a few pills, versus a bulging rocket box? Sorry to say this, but it depends.

First off – even a truck full of supplies won’t help much if you don’t know how to use them. The small pamphlets included with most commercial first-aid kits are at best reminders of what you should already know how to do. And frantically skimming a comprehensive 400-page book like Medicine for Mountaineering while blood is spurting won’t turn out well.