Learn how to choose and use trekking poles for backpacking, trekking pole design, and how trekking poles influence physiological energy costs and biomechanics as related to mitigating overuse injuries. 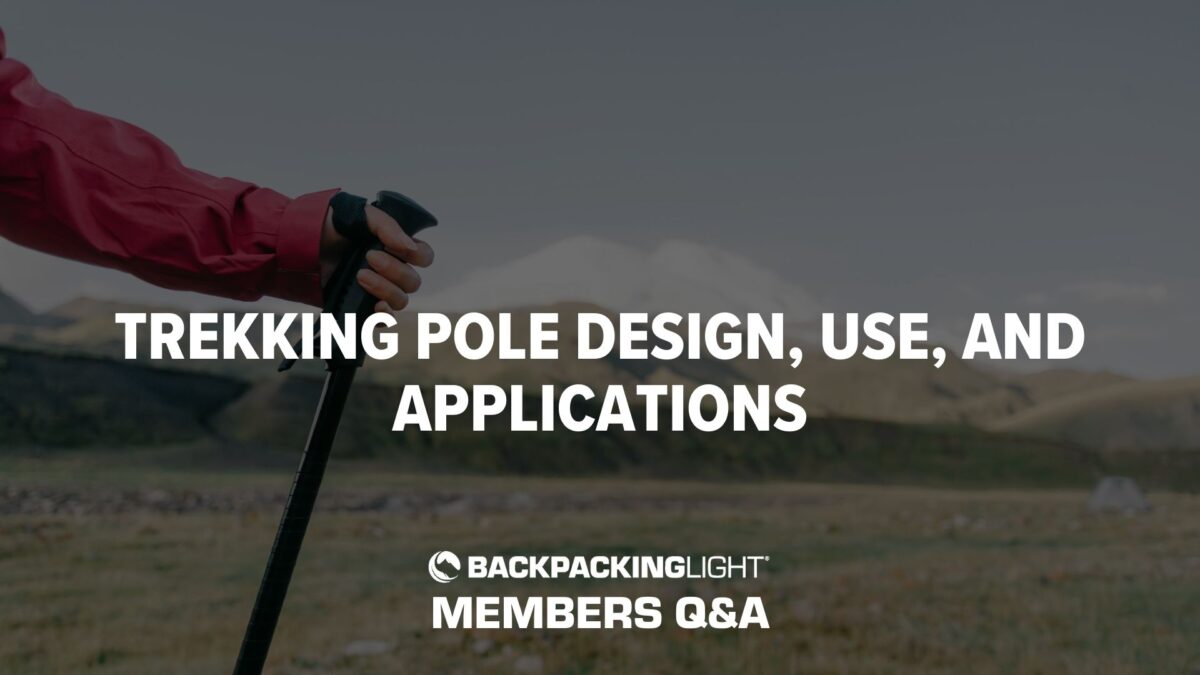 Are trekking poles worth it?

Anecdotal evidence suggests that the answer to the question are trekking poles worth it? is a resounding yes. Or a resounding no. It depends on how loud the avatars on online message boards and social media are!

One key problem with using trekking poles for backpacking is that they are just another piece of gear to shop for, purchase, maintain, and carry. They were seldom used a few decades ago, and now they represent a $75 million US market. Since we are primarily a consumer advocacy organization, we have to be honest and let you know that if you don’t use trekking poles for hiking and backpacking, you’re probably not going to fall down.

However, we do believe there are some use cases where trekking poles offer significant benefits, and we’ll talk about those use cases in this Member Q&A.

Backpacking Light Q&A Sessions are Hour-Long Members-Only Live Events – they are recorded and the recorded session will be made available below after the live event has ended.

To access the live or recorded (video) version of this event, a printable slide deck for note-taking, and the related resources/downloads, you must be logged in with an active Basic, Premium or Unlimited Membership.