You are here: Home / Articles / Learning Curve: Learning to Suffer 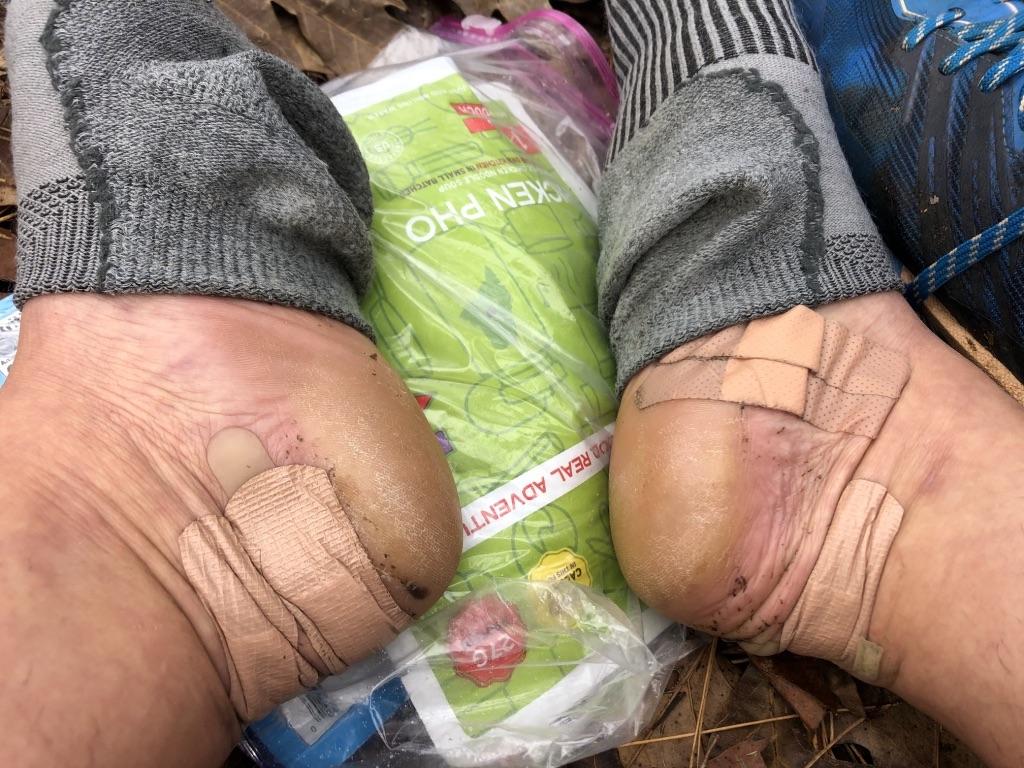 Every backpacker, thru-hiker, or endurance athlete knows how to suffer. It’s an intrinsic part of what we do, and it sets the people who reach their goals apart from the people who quit from the discomfort.

Maybe you remember when you first learned to suffer. It could have been on a thru-hike, elsewhere in the mountains, or in some other, disconnected part of your life. I learned to suffer during my first season as a wrangler in Yellowstone National Park. It was 2010, I had just graduated from college where I had lots of friends and soft hands. I went from my plush New England existence to working 14 hours a day at a rugged corral where my coworkers hated me. It was my first experience with both manual labor and being despised.

Leading up to this point, I’d never had to “gut it out.” Life had been easy. To everyone’s surprise (and possible dismay), I finished the season—a full four months where I wanted to quit every. Single. Day. It was the first time I’d suffered in something and saw it through to the end.

Though it seems disconnected, I carried that horrendous season with me as I moved forward in life. There wasn’t a smack-you-over-the-head bedtime story lesson, but it was more the fact that I had forged through misery and loneliness, physical and emotional pain. Something about that experience wedged into the back of my mind as I became more involved in backcountry sports.

When it comes to many endurance endeavors, mental fortitude often plays a bigger role than physical capabilities, and this includes backpacking—athletic abilities are irrelevant for most long-distance hikers. Out of shape? Hike fewer miles. Out of breath? Stop and rest. It’s not a race and there is very little skill involved in walking. With this lack of hard skills is where the ability to suffer comes in. This is what sets the people who finish apart from the people who throw their packs down at a road crossing, stick out their thumb, and google nearest airport from the bed of the pickup truck that took pity on them.

I am a very average athlete. I lack coordination, endurance, speed, and anything else it took to succeed in gym class. As I got into climbing, mountain biking, and thru-hiking, I learned that while I was average in anything that makes people passable at sports, I could keep up and do well because I was willing to suffer. The mental aspect could override any physical shortcomings.

None of the literature on “mentally preparing for a thru-hike” is groundbreaking. We all know that there are mental and physical components to backpacking. But what sets the finishers apart from hikers who quit when it gets hard is the ability to compartmentalize the discomfort and endure some amount of suffering. That mentality lets average athletes do above-average things.

I thought a lot about what sets people apart during my recent thru-hike of the Ouachita Trail. The people who are out there completing thru-hikes aren’t necessarily the ones who excelled in high school athletics. We saw a few other thru-hikers out there last month, and it seems like half of them quit before the halfway point, citing pain and discomfort. Totally fair! Long-distance backpacking can be a wildly uncomfortable experience and not something most people put themselves through. The people who do get out there are often surprised by the sheer misery some days on the trail throw at you.

I had awful foot issues on the Ouachita Trail, pretty much from the beginning. The trail was 223 miles long, and I’m not exaggerating when I say I hiked maybe 40 miles without enduring moderate to extreme foot pain. It ranged from pounding soreness to blisters that made me shriek when half of my heel skin peeled off with my socks. I spent one evening picking crusted blood and pus from my socks so I could wear them the next day.

But the worst was the pain in my heels. It prevented me from sleeping and made me walk with a staggering limp. I had the nagging feeling it was the start of plantar fasciitis, but I never figured that out. Whatever it was, the pain would be absent for two or three miles each morning, then start building throughout the rest of the day until I would count my steps, backward from 500, to have something else to focus on.

I developed mental tricks for continuing to move forward. Instead of trying to ignore the pain, I would focus on it, untangle it. Left on its own, the daggers through my heels would become overwhelming, but if I could narrow it down or describe it to myself, it was less intimidating. I’d keep walking and not let myself stop until a predetermined, arbitrary spot every few hours. By the time I reached the spot, I would be gasping for air—the pain was so bad it made my chest constrict.

For some (maybe asinine) reason, it never occurred to me to quit. Sure, I’d have stopped if I felt like I was truly injured, but the fact that my feet would (mostly) recover each night gave me confidence that I wasn’t doing irrevocable damage to my body. I figured my feet were just Going Through It, and as long as I could continue physically moving forward, I would. The suffering would eventually end, and in the grand scheme of things, I told myself it really wasn’t that bad. It wasn’t my knees or ankles, it wasn’t gastrointestinal distress, it wasn’t my back going out. I could walk through it. Plain and simple.

Since physical pain and discomfort is such an individual experience, it’s impossible to accurately scale it. Was my foot pain bad enough it would have caused someone else to quit? Maybe. But with the “gut it out” mentality of just hiking one more mile, one more afternoon, one more day, one more week, the suffering eventually ends. When it does, you’ve completed your goal. And I did complete the goal, which was to hike this trail end to end. It hurt and I’d say I was suffering, but not bad enough to make me stop.

When we each learned to suffer, we also learned that the suffering eventually ends. That’s what keeps us going. My wise, endurance-athlete father once told me: “It doesn’t always keep getting worse.” That’s how I keep going, and that’s how I finish what I start.

Despite my curated existence on the internet and the fact that I am a Writer in the Outdoor Industry, I am not a skilled athlete and I don’t possess supernatural endurance capabilities.

Some of you might be lucky enough to be skilled athletes or have those supernatural endurance capabilities. Most of us though? We’ve just learned to be really, really good at suffering.