Junaid Dawud may have cut his teeth on the Pacific Crest Trail – twice – but he earned one of the top ten FKTs of 2013 for completing his “14ers” thru-hike. This route links all 58 of the 14,000-foot peaks in Colorado.

Dawud gives hundreds of pack “shakedown” presentations, guides trips in the desert southwest, teaches for the Leave No Trace Center for Outdoor Ethics, and even co-hosts a podcast.

I first met “Speshul 41” (Dawud’s trail name; Speshul, for short) just before the 14ers thru-hike began, and he’s been a mentor of mine as I continue on my journey of lightweight backpacking – a mentor deeply invested in and connected with the communities he serves. 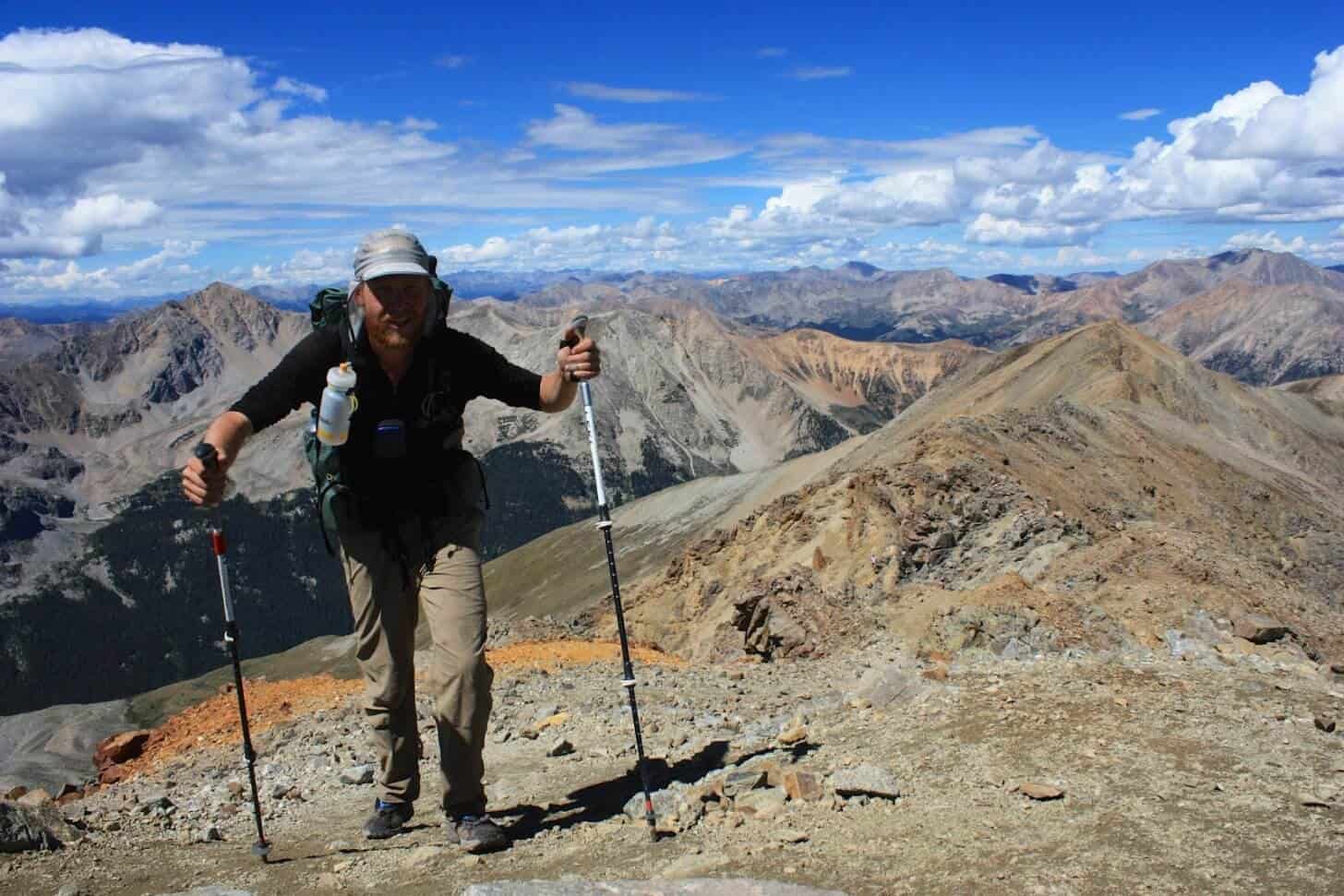 Speshul started hiking during his time as an undergraduate at the University of Hawaii at Mānoa, where he studied Geology and Geophysics.

Day-hikes and the occasional multi-day backpacking trip to places like Haleakalā were a good start, but after a roommate gave him a pile of magazines that included a National Geographic Adventure magazine with an article about the Triple Crown, his heart was set on hiking the Pacific Crest Trail. “I pretty much went from curiosity to obsession to planning. Within a year of finding out about the PCT, I was buying gear, planning my hike, buying the guidebooks, and joining the next year’s online discussion forums,” he smiles, remembering. “And before I knew it, it was the beginning of April [2006], I was quitting my job, I was packing my world away, and getting ready to head out on the trail.”

While Speshul made it 2,420 miles in 2006 – just past Snoqualmie Pass – winter’s arrival stopped him short of Canada. He and another hiker went to Seattle to acquire some better gear and then returned to the trail. The two hikers waited out a white-out blizzard before attempting a few more miles in knee-high drifts the following day.

The excruciatingly slow and difficult snow travel convinced them that the thru-hiking season was over.

“We ended up quitting on October 30th, so that gives you an idea of how late we had pushed the season,” he recounts, amusement in his voice. “Even if we had the equipment, we didn’t have the experience to be able to navigate the last 230 miles to the border safely.” He returned to Snoqualmie Pass in 2007 to finish his miles, and was ultimately glad he’d called off his 2006 hike: “There were some sections where I was like, man, if we had tried to push through in this section, it would have been dangerous.”

Completing what amounted to a two-year section hike of the PCT wasn’t enough for Speshul. “When I got off the trail in 2006, I pretty much knew at that time that I was going to try to hike the whole thing again. It was just a matter of when. I didn’t know if that was going to be the next year, two years, five years, ten years, twenty years, but I knew that I was at some point going to try to hike the whole PCT again.” So in 2010, taking a friend’s determination to attempt the PCT as motivation, Speshul set out from Mexico towards Canada once more – to great success, arriving in Canada on September 14th.

After returning home to Colorado in the wake of his success, Speshul soon felt that familiar disquiet within – a disquiet urged on by a fresh idea.

“I moved to Colorado to climb 14ers, but I had only climbed [Grays and Torreys]. So for me, the 14ers thru-hike was a way to go ahead and climb the fourteeners and scratch that itch for a thru-hike.”

Planning involved two main issues: which order to hike the peaks in, and then which routing between peaks and groups of peaks to take. It wasn’t until after he and his hiking partner Luke DeMuth had finished the route that they learned that another group had done a similar hike encompassing the traditional 54 fourteeners in the mid-80s – so no routing information from that trip was available to them. Culebra, Longs, and Pikes Peaks added extra routing difficulties, as all three peaks sit off on their own; given the necessity of permits to climb Culebra, and Speshul’s proclivity for going northbound on trails, he opted to start at Culebra in the south and end at Longs in the north. 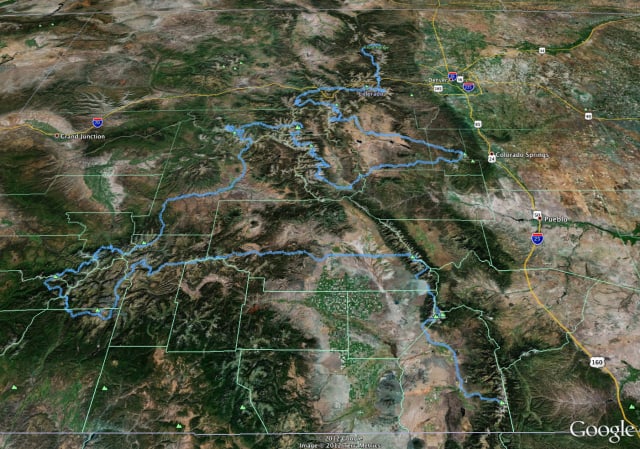 Map of the 14ers thru-hike route in blue. Source: 14ersthruhike.com

The route that Speshul designed involved some trails, some cross-country travel, and some roads, both paved and dirt.

Over the course of the 1350-odd mile trek, he and DeMuth hiked what they estimate was about 350,000 feet of elevation gain, though having to reset the GPS every 100,000 feet made exact calculations difficult.

In the 72 days it took them to complete the route, they took four zeros (no hiking days), some for pleasure, some for sickness.

Much of their hike is documented in detail at 14ersthruhike.com. The stories Speshul told me not only center around amazing or concerning on-trail experiences but also around other people and displays of human kindness. Stories included the gift of a freshly-caught fish and a woman who tracked down Speshul and DeMuth at the top of Mount Evans to give them sandwiches. 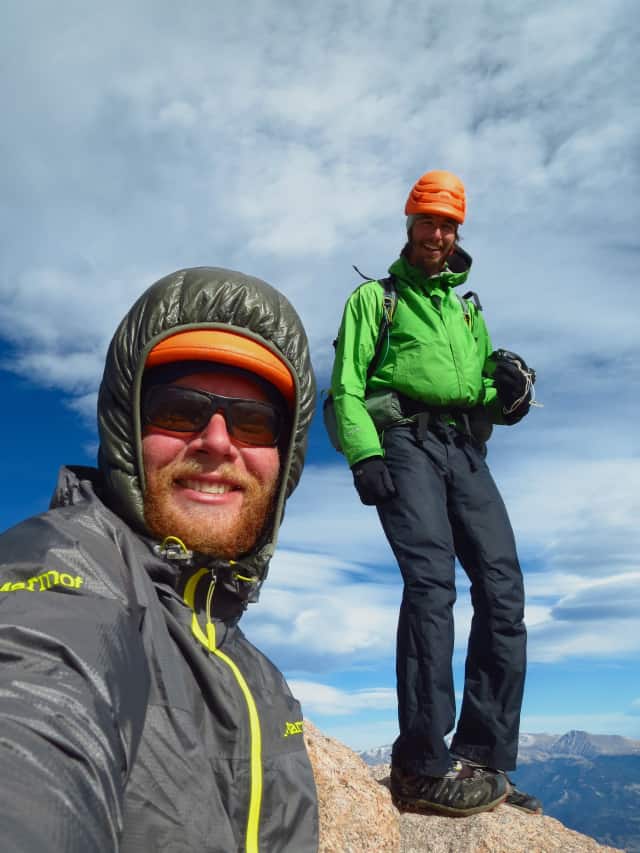 Speshul (front) and DeMuth, at the summit of Longs Peak, the finish of the 14ers thru-hike. Photo: Junaid Dawud

Speshul has experienced many such kindnesses on all of his trail experiences and has made it his mission to pay those kindnesses forward. “The only reason I’ve been able to have the experiences I’ve had is that other people built the trails and other resources I’ve used,” he reasons. “You’ve got to find a way to give back somehow.”

And he’s found several ways to give back over the years.

After attending the Annual Day Zero Pacific Crest Trail Kick Off (ADZPCTKO) before both his 2006 thru-hike attempt and 2010 thru-hike, he returned in 2011 wanting to give back. He found a way in 2012 by bringing like-new thrift-store upgrades and distributing them to current-year hikers as a part of pack shakedowns given by the Wolverines of the PCT, a hiker community that supports PCT Trail Angels.

2013 saw the “Shakedown Shack” become an official part of the event, with not only more thrifted gear but also brand new gear to distribute, with donations coming in from both companies and individuals. A few years – and hundreds of shakedowns – later, the ADZPCTKO organizers voted Speshul onto the event’s board for his work at the Shack and dedication to the community.

The ADZPCTKO is now defunct. However, Speshul still finds ways to work with outdoor communities, whether introducing others to the desert southwest through guiding, speaking about his 14ers thru-hike for ALDHA-West at events like the Gathering and the Rockies Ruck, or, most recently, working for the Leave No Trace Center for Outdoor Ethics.

His year-long position as a Subaru/Leave No Trace Traveling Trainer saw him traveling the US in 2017, teaching outdoor recreationists in 18 states various ways that they can make a difference in the outdoor spaces they love. He hopes that his efforts will lead to people leaving our trails and public spaces as good or better than they found them – a goal he takes seriously as well as, collecting trash whenever he finds it on the trail.

Though he’s serious about his involvement in outdoor pursuits, Speshul has a sly sense of humor, best exemplified in his exploits as a co-host on the monthly, Boulder, Colorado-based podcast The Trail Show. Speshul co-hosts the podcast with Triple Crowners Lawton “Disco” Grinter, Felicia “POD” Hermosillo, and Mike “D-Low” DiLorenzo, talking “less about gear and more about beer” (the podcast’s official slogan). The podcast provides the perfect venue for hearing Speshul’s passion for and pride in our outdoor community. 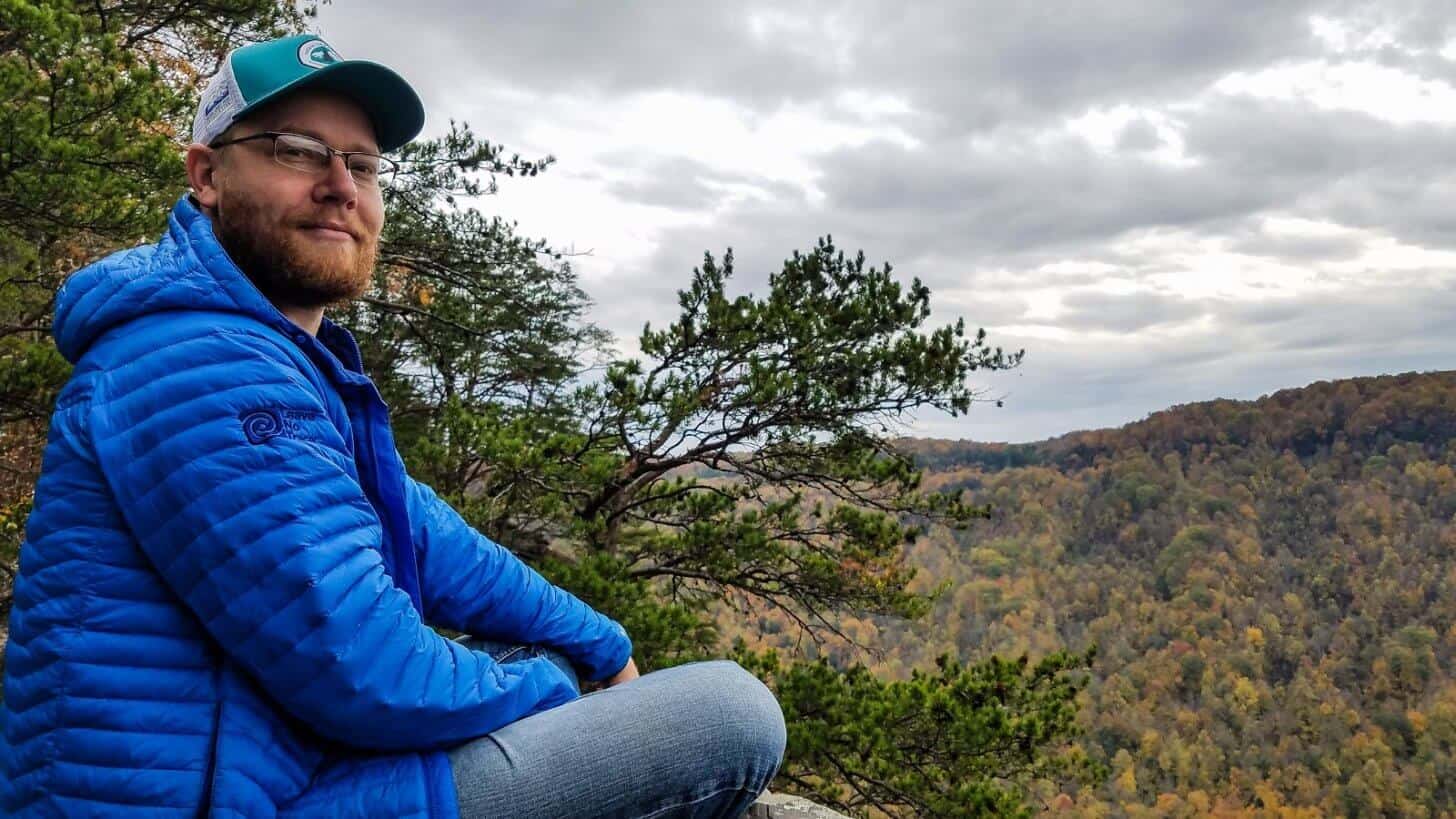 The Future of the 14ers Thru-Hike

That pride, of course, extends to his planning of and execution of his 14ers thru-hike. “I’d love for it to be an established, sanctioned route,” he mentions – though for that to become a reality, other hikers need to succeed in their attempts. While he’s been consulted by several other hikers about attempts, no one, it seems, has been able to complete the route. He’s awaiting the day that backpackers with the requisite skills not only hike his route but improve it. “Someday,” he grins.