You are here: Home / Articles / More Reasons to Modify Gear

There are many good motives for altering equipment. Mostly we focus on reducing weight, fixing problems, or adding features. Here are a few more reasons. 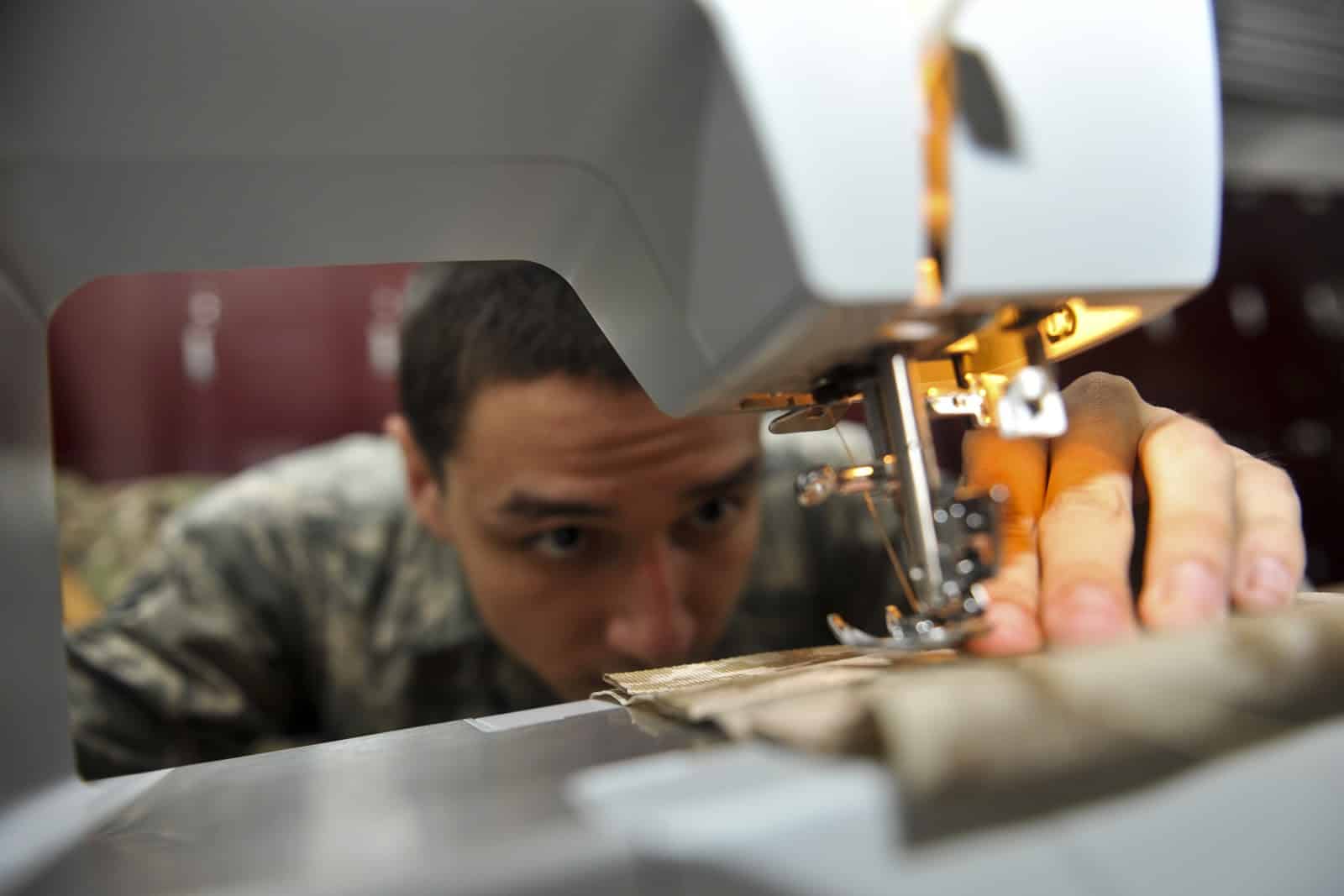 There are many good motives for altering equipment. Mostly we focus on reducing weight, fixing problems, or adding features.

Here are a few more reasons.

“Everything should be made as simple as possible, but not simpler.” – Albert Einstein

If you don’t need it, remove it. If you can’t remove it, simplify it.

For every doodad you remove or simplify, that’s one fewer thing to snag on brush, or tangle in other gear, or get in the way while you are looking for something else, or chafe in sensitive spots, or whatever.

I’ve removed ice axe loops from new packs for decades and don’t miss them. Same with most compression straps. I’ve trimmed extra-long hip belts to fit me while wearing warm clothing. Less strappage flapping in the wind, getting dirty, etc.

If you aren’t going to add optional poles to your tent, cut off the loops and hooks. Ditch the tiny key ring and toothpick on your Swiss Army knife if you don’t need them. Many people value the simplicity of lightweight backpacking as much as carrying fewer grams.

It can’t break if you didn’t bring it.

Why be disappointed when something fails in the wilderness, when you didn’t need it or want it in the first place? You’ll be especially sad if that useless tchotchke breaks something else as it fails. Remove it now, so it can’t malfunction later.

“Man and other civilized animals are the only creatures that ever become dirty.” – John Muir

If it’s not there, it can’t get dirty.

Some people are proud of their dirty gear. Others see value in clean gear. If you remove that strap, it can’t get dirty, and it can’t get other things dirty.

“Ownership is the most intimate relationship that one can have to objects.” – Walter Benjamin

By modifying your gear, you put your mark on it. It looks different from everyone else’s. You’ve spent time and possibly money changing it. You could add a patch for your favorite sports team, national park, or environmental cause. You might add something light and whimsical to the peak of your shelter, so it stands out in a sea of grey and green silnylon. You could add your trail name or avatar to the back of your pack. But after your mod, you can’t hop onto the Internet and order another one just like it in 30 seconds. And now that it’s yours, you’ll take better care of it.

To mod it, you must learn how.

You shouldn’t begin making your own gear by sewing a hooded, baffled down jacket with zippered pockets and elastic closures. It’s much easier to start by removing sewn-on logos, since seam ripping is a critical sewing skill. Simpler tasks build abilities and confidence for more complex projects.

Let’s say a bear ripped an unwanted four-foot opening in your tarp, three days from the nearest trailhead, and the rain hasn’t stopped. You have two feet of repair tape, a needle, and some dental floss. Luckily, you learned some sewing skills while adding a beak to that tarp, so you stay calm and fix the problem.

“If pure gold were liquid and could raise a cream, that golden cream might be like the color of the poppies.” – John Steinbeck, The Grapes of Wrath

If it’s ugly, remove it or change it. If it makes you happy, add it.

I don’t want to be a walking billboard, so I remove logos and tags whenever feasible. I’ve even used a permanent marker to blot out branding. The look of diagonal compression straps on one backpack bugged me for years, until I figured out how to replace them with one better looking and slightly more functional binding. You could draw a grinning sun or a bunch of flowers on your pack or shelter – if that makes you or other trail users smile.

This isn’t about making long lists of favorite gear mods, or the wisdom of any particular change. It’s just a reminder that we can alter equipment for many reasons besides adding features, fixing problems, or dropping weight.

What are some of your uncommon motives for modifying gear?