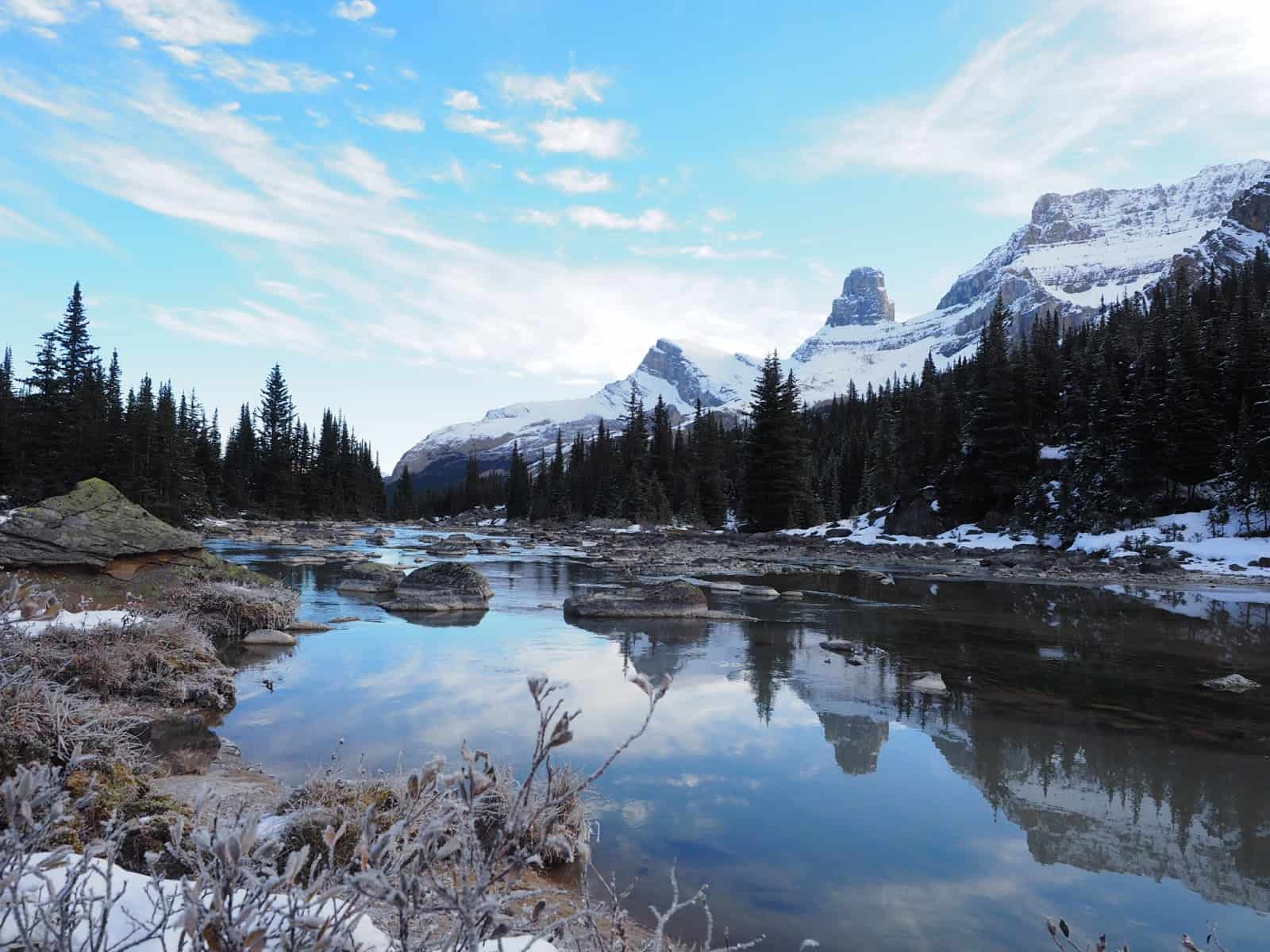 About a year ago, I went to Ottawa, Ontario, Canada for several weeks of education. While I was in Ottawa, I studied with a team of professionals. Most of the class were from out of town and wanted to tour Ottawa. Bjarne is from Iceland but had attended law school in Ottawa and had a car for the duration of classes. Bjarne was the only male in a class of fourteen students and one of the only Ottawa residents.

It turned out Bjarne and I are both photographers. We became friends. When I left Ottawa, I told Bjarne if he and his family ever wanted to visit Alberta, I would take them on a full tour.

As I wholeheartedly agree to give Bjarne a tour,  I look out the window. I suddenly remember a ‘minor’ complication. The winter scene outside, with its several inches of snow and ice conditions, gives me shivers.

Bjarne has the capability to winter camp, but he has limited luggage space. I can borrow spare gear, but I am reluctant to camp. Don’t get me wrong; I like winter camping. However, I was hoping for a few more weeks of shoulder season before jumping off the deep end. The second issue, Bjarne and I are both photographers and cold, and batteries do not mix well.

The second ‘minor’ issue is the time frame. ‘Scrambling up’ a backpacking trip in the National Parks on short notice can be tricky. Permits, tent sites, passes, accommodations and logistics can be complicated on a three day turn around.

Fortunately, I am an Alpine Club of Canada (ACC) member. ACC is a wonderful preservation society, and they maintain a series of backcountry access huts across the country. I have been watching the Fryatt Valley backpacking trip to the Sydney Vallance Hut, and I think it is a perfect option. With a backpacking trip to a hut, I can avoid winter camping for a few more weeks and still give a world class tour. Booking into ACC huts is available to members and non-members alike, but members get a discount. A simple phone call to the ACC office ensures I have reservations for three, for Saturday.

I am also a Hostelling International member and, thank goodness, it is off-season in the National Parks. Booking nights in the women’s dorms is easy enough for me. The male dorms, however, are a bit trickier. Finally, after a phone call, Bjarne got accommodations booked in the men’s dorms in Banff and Jasper.

The Fryatt Valley Trail is a considered a difficult backpacking trip in the National Park System. It gains about 2740 feet (835 m) of elevation in 14 miles (23km), with 656 feet (200m) of elevation greeting you at the final headwall leading to the Sydney Vallance Hut. 23km of hiking with that kind of elevation at the end of the day makes for a long day. There is an alternative, which is to paddle across the Athabasca River and join the trail at the 7 mile (11km) mark and skip a long, flat, boring approach through a river valley. I decide to phone a friend (or two) and take the alternate route

I have a couple of friends who will mix well with Bjarne. Top of my list is Michael. Michael is a paramedic at the mountain base in Nordegg, Alberta, Canada and an avid paddler, climber and backpacker. As it happens, he is getting off work at 8 am Saturday and is completely game to paddle across the Athabasca and check out the climbing at the top of Fryatt Valley. Michael packs up his canoe and backpacking gear and takes it to work with him. “It feels funny packing my canoe up in the dark in six inches of snow” he texts just before midnight.