You are here: Home / Articles / Finding Meaning on the Green River

Finding Meaning on the Green River

Ben Kilbourne hikes and packrafts along the Green River in Wyoming. 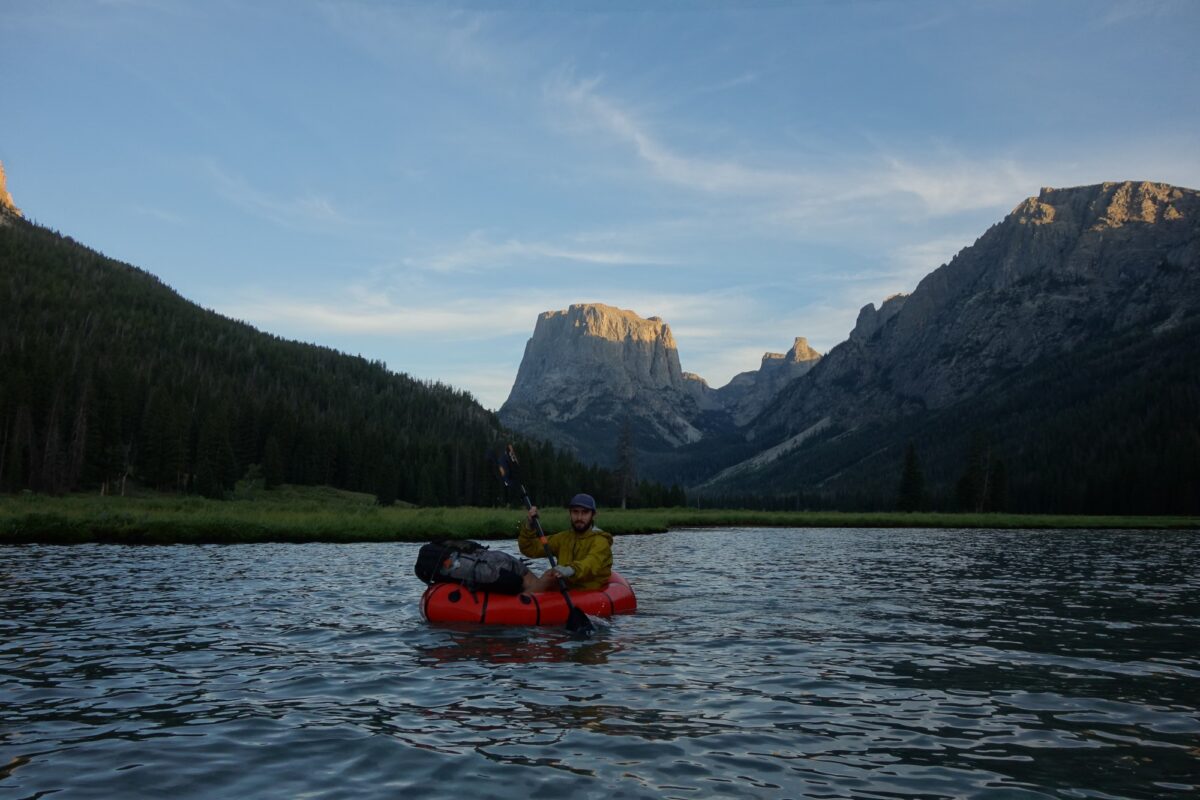 Choosing one trip out of the nearly endless options within a five-hour drive from Salt Lake City has been feeling like a daunting task lately. Every time a string of free days approaches, I’ve been waiting until the very last minute to nail something down because nothing exciting has been jumping out at me. First-world problems, I know. But if I’m going to be taking several days off from work, I want the intention behind a trip to make me feel like every moment is worthwhile.

I considered the same old loops. I could head into the Uintas again and meander between familiar pines and emerge at familiar lakes in familiar bowls where moundy rock lifts up on all sides. But that just wasn’t going to cut it for me this time. I could head south and hop on a river, but the 100-degree heat in the Moab area made this look pretty unappealing. I imagined hauling a packraft out of the Colorado River, maybe up Red Lake Canyon, where it’s often 10 degrees hotter than the surrounding areas. Nope.

I started looking at maps of the Wind River Range but despite the obvious beauty nothing was really jumping out at me there either. I had been to the Cirque of the Towers area as a Boy Scout, somehow singeing my hair with white gas, leaving plenty of trace by rolling rocks down scree slopes, and then managing to get lost on my way back to the car. So I guess it had been a while and a world ago since I’d experienced that area. I started looking at a Wind River high route and felt more excited with the prospect of an ambitious thru-hike, but there wasn’t time to plan that as I would be leaving the very next day.