North Face founder Doug Tompkins died as a result of hypothermia after a kayaking accident on a Chilean Lake. 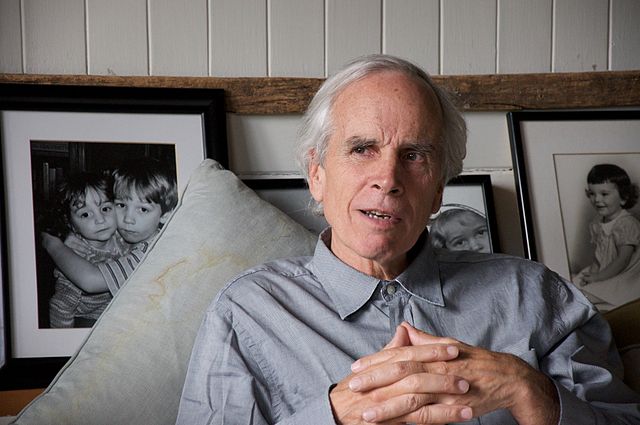 By now news reports about the death of Doug Tompkins, founder of The North Face, appear in every major media outlet.

Tompkins died yesterday as a result of hypothermia incurred during a kayaking accident. His boat was overturned by a large wave in the cold waters (less than 40 deg F / 4 deg C) of General Carerra Lake in Southern Chile. Strong winds creating waves up to three meters in height were a contributing factor in the accident. He was airlifted to Coyhaique Regional Hospital, where upon arrival, his body temperature was only 66 deg F (19 deg C). Tompkins was 72 years old.

Doug Tompkins leaves behind a conservation legacy that is complicated and controversial, but one that will have lasting impact for generations to come.

Tompkins founded The North Face and Esprit and grew them into billion-dollar enterprises. At the peak of his entrepreneurial success, Tompkins realized that he was playing a role in promoting the same consumerism that conflicted with conserving natural resources. After selling Esprit, he began purchasing vast swaths of land in South America for the purpose of conservation into national parklands.

Tompkins’ most notable conservation efforts include his contributions of lands that have now become Pumalín Park (Chilean Nature Sanctuary), Corcovado National Park, and Great Iberá Park, a wetlands park that may soon be adopted as Argentina’s largest National Park.

A Debt of Gratitude to Tompkins and The North Face

I for one owe a personal debt of gratitude to Doug Tompkins.

When I first started graduating away from a kit assembled from military surplus stores and towards more functional specialty gear and apparel, I was a teenage climber with a strong thirst for the mountains of the Olympic Peninsula in Washington State.

My first stop en route to becoming a “real” climber was The North Face store in downtown Seattle on First Avenue during the mid 1980s. That store became a source of great inspiration for me, as I learned about new fabrics and how they were incorporated into layering systems; why the hybrid tunnel-geodesic tent design of the Mountain Tent might be a good choice on a multi-day winter climb of Mount Rainier; and why the little aluminum rods inside thin sleeves sewn on backpacks were the secret weapons that would keep a climber’s load stable on a gnarly approach.

My first TNF purchases were a fleece jacket (the Denali), a synthetic sleeping bag (the Cat’s Meow), and a mountain tent (what is now the Mountain 25). I would make many more through the years. I financed them with money from my summer job as a backpacking guide for the boy scouts.

And while the gear was cool, it was the people in that store that had the greatest impact on me.

Store employees became my mentors. They walked me through guidebooks, route climbing strategies, managing inclement weather, and of course, what was then a lost art – saving weight and moving fast.

The employee culture of that store (and in fact the entire culture of The North Face back then) was predicated on a sense of authority. Everyone who worked in that store, from the cool dudes on the shop floor to the manager in the back room (who would allow me to walk out with some awesome gear on a handshake layaway deal) were climbers and backpackers to be respected and learned from.

Even today, walking into a TNF store brings back special memories of my youth. I still like to browse for new gear and try on a jacket or two, but I seldom walk out of the store with anything other than the memory of little seeds of great influence that were sown and cultivated by the legend that is Doug Tompkins.

Founder and publisher of backpackinglight.com since November 2000. My home is (currently!) Laramie, Wyoming, and my backyard trails are in the Rockies of Southeast Wyoming and Northern Colorado. I like packrafting, tenkara fly fishing, alpine climbing, and have a particular passion for traveling long distances off trail without resupply. I'm online elsewhere at ryanjordan.com and Instagram.