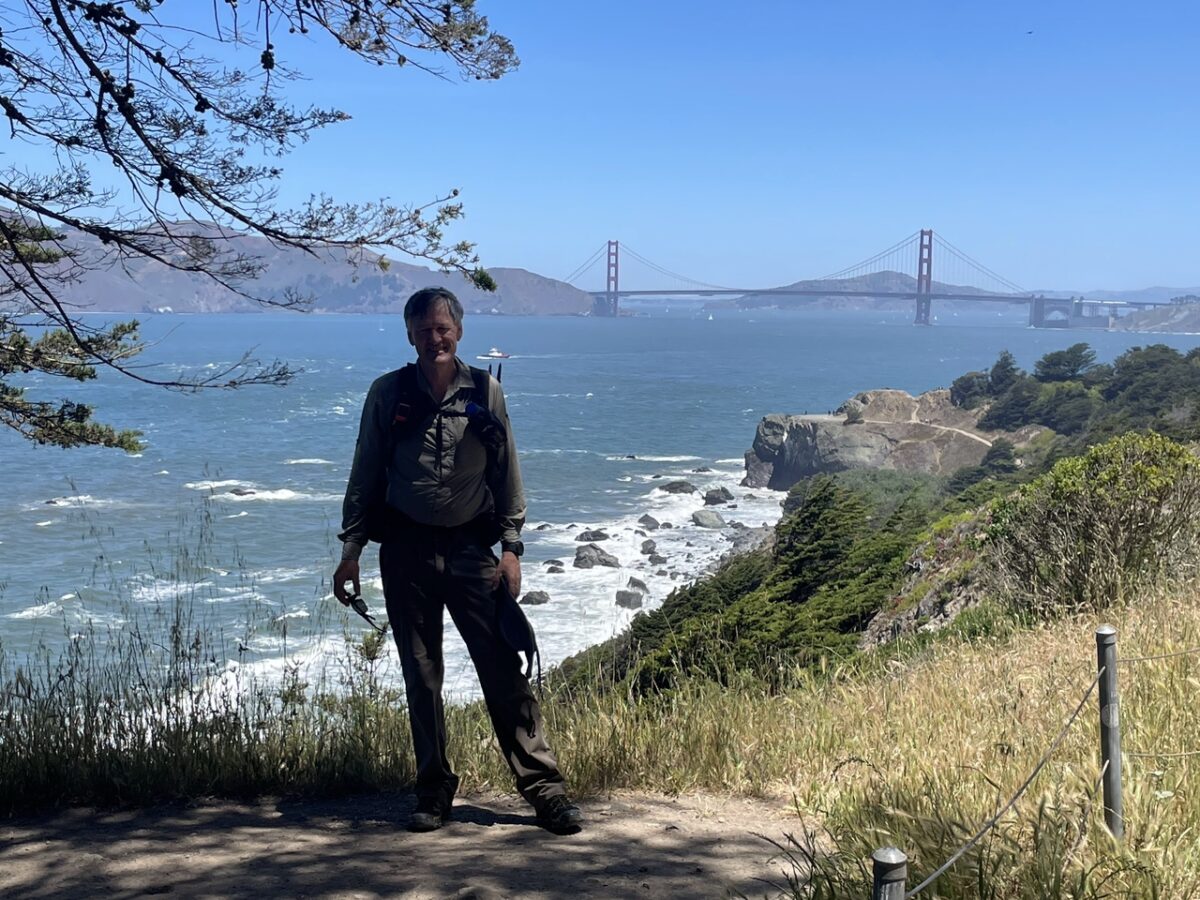 The San Francisco Bay Area has been my chosen home for the last quarter century. It has so much to offer – including great local hiking for a backpacker. Local hike options are endless and a quick weekend backpacking trip can easily be undertaken on trails like the Skyline-to-the Sea Trail, the East Bay Skyline National Recreation Trail or the Ohlone Wilderness Trail. For longer treks the relatively close Sierra Nevada offers a fantastic variety of trails and routes, like the John Muir Trail or the Sierra High Route through National Parks and designated wildernesses.

For many years I was intrigued during my local hikes by signposts marking the Bay Area Ridge Trail. (s. image 1)

A backpacking trip around the Bay Area was brewing in my head for over a decade. While 400 miles seemed somehow too long and there were too many gaps that still need to be closed, it become more feasible for me when CalTrans added a bike and pedestrian path to the upper deck of the Richmond-San Rafael Bridge in 2019.

Eventually I devised a 250 mile trek that I called BART (Bay Area Round Trek) –  from my home around the whole Bay Area back to my home that would get me to peaks in ‘all for corners’ – Mt. Tamalpais, Mt. Diablo, Rose Peak and Mission Peak. (s. image 2)

The original plan was to take 13 days for the trek, but when my hiking partner found a new job and dropped out, I changed the plan to 8 days. With Memorial Day off and May 31 given to me as ‘Mental Health’ Day the trip required only 3 vacation days. What a great opportunity!

At the end of the 8 days, I got way more from this trek than a long walk with a backpack. Yes, I backpacked through the great parks the Bay Area offers with

But I also walked through the diverse neighborhoods of the Bay Area with extremes like Atherton on the Peninsula that has an average household income of $526,856 and an area of Richmond in the East Bay with a median household income of $44,464. Friends had warned me about walking through that neighborhood and pointed out that it had seen 6 homicides and 60 aggravated assaults during the preceding three months. I’m glad I walked every single step around the Bay. That way I saw the mansions and the shacks (s. images 15 & 16).

And I experienced the variety of people!

There were people in rich neighborhoods who made it clear that they watched me and were ready to call the cops on this transient. Then there were the people in the middle-class neighborhood park who did the ‘good deed of they day’ and fed me, a seemingly homeless guy, with leftovers from their party (s. image 17). The people of color in the poor neighborhoods seemed to have a keener sense for homeless people and didn’t see me as one although I looked like that to other people after not having been in a shower for the better part of a week in temperatures that went into the upper 90s. At first, I was completely baffled by their behavior, but then realized that my khaki-like backpacking clothes, my backpack with the inReach attached to it and my very determined 30-miles-per-day walking style must have given them the impression I’m some military guy on some training exercise. They made space on the sidewalk to let me pass through and even gave me military salutes calling me ‘Sir’. There was certainly nothing frightening in the behavior of those people when passing through a neighborhood that was completely dilapidated with trash everywhere.  Later when I came through a mainly Indian neighborhood and bought food, the lady at the cash register asked me whether I’m buying my food for the day. When I said ‘yes’ she complimented me for my healthy choices. It sounded like she was comparing me to other homeless people who make different choices.

On the final stretch along the levies of the Bay (s. image 18) I passed by many of the well-known Silicon Valley companies, including Google’s new campus (s. image 19).

When I arrived where I had started the Sunday before at my home with the solar panels on the roof and the EV in the driveway, I took a shower and shaved to look once again like I did when I left (s. image 20).

Although the looks are now again the same, the mindset has undertaken a change that will take a while to process. Talking a long walk through the wider neighborhood can do that to you. I highly recommend it. 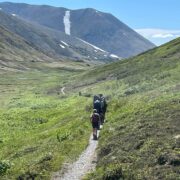 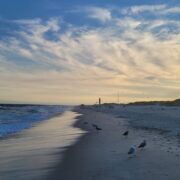 A Walk to Fire Island 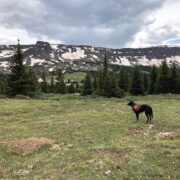 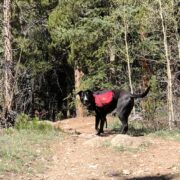