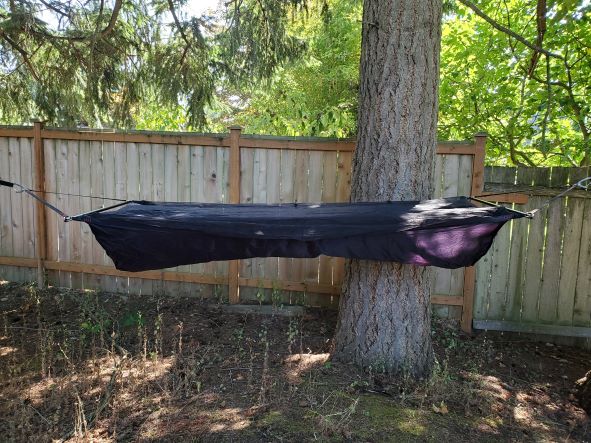 I’m selling my JRB BMBH UL. I bought this from another hanger last year. He said he spent five nights in it. I’ve been in it several times for testing and naps but never actually spent a night in it. Every time I go out for a trip I reach for my gathered end hammock instead, so I’m thinking bridges just aren’t for me. The bundle comes with:

JRB doesn’t sell this model anymore. According to Don it’s similar to the current BMBH but about 5 oz. lighter, single layer, and lower cut sides.

I’ll pay for shipping in CONUS and PayPal G&S fees.

Ask a question about this listing:

Login as a Member to ask a question or contact the owner of this listing.