by Andrew Marshall and Ryan Jordan

Tarptent announced the Double Rainbow Li on April 23 and will make it available for sale beginning April 27. The Double Rainbow is Tarptent’s best-selling shelter, and the new DCF version will be one-third lighter.

We’ve had a few days to look over Tarptent’s specs for this product, and took it out for a spin this week to form some first impressions. 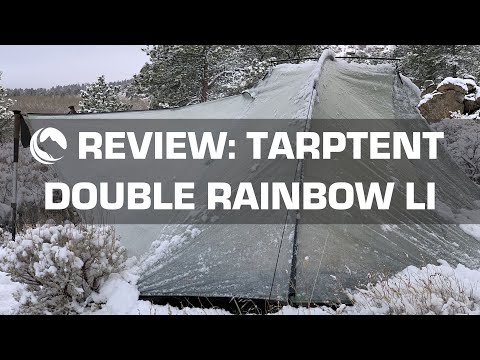 This article is sort of a hybrid First Look/Limited Review – it represents an initial performance analysis of a new product based on limited use in one type of climate and geographical environment. Herein, we make no claims regarding its long-term durability or performance in other environments. Learn more about the types of product reviews we publish. 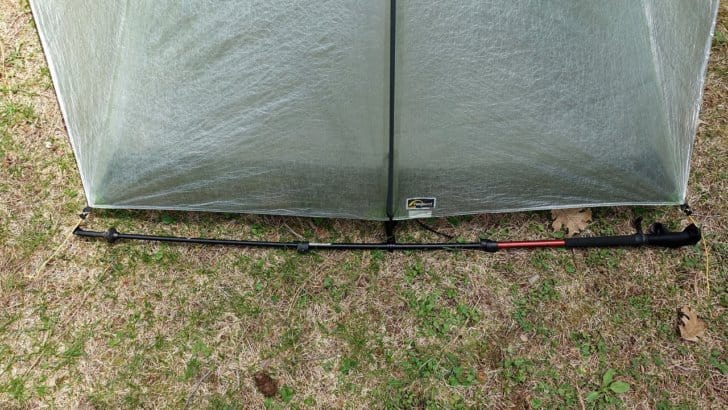 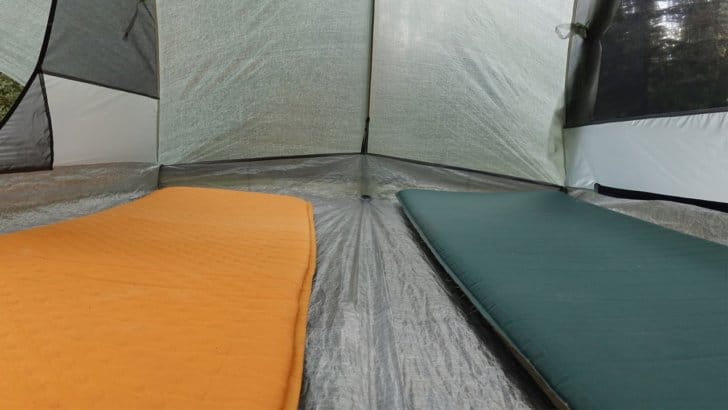 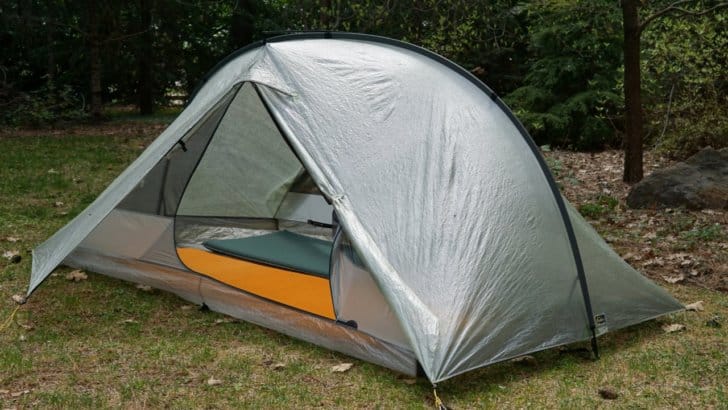 Ryan had the chance to spend a few days with the Tartpent Double Rainbow Li, including one overnight backpacking trip during a winter storm in SE Wyoming.

His first impressions are outlined in this review video, now online at YouTube:

Photos below from Ryan: 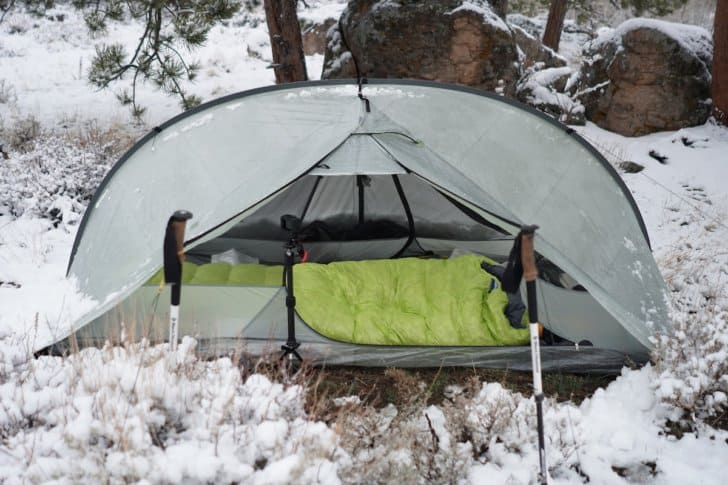 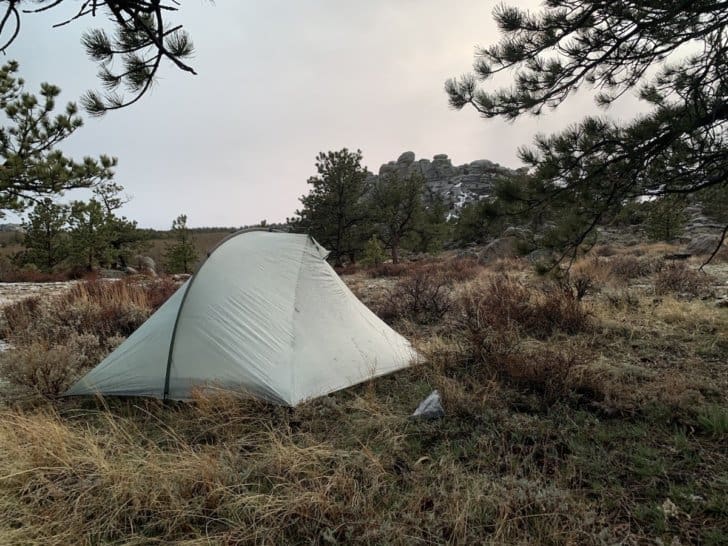 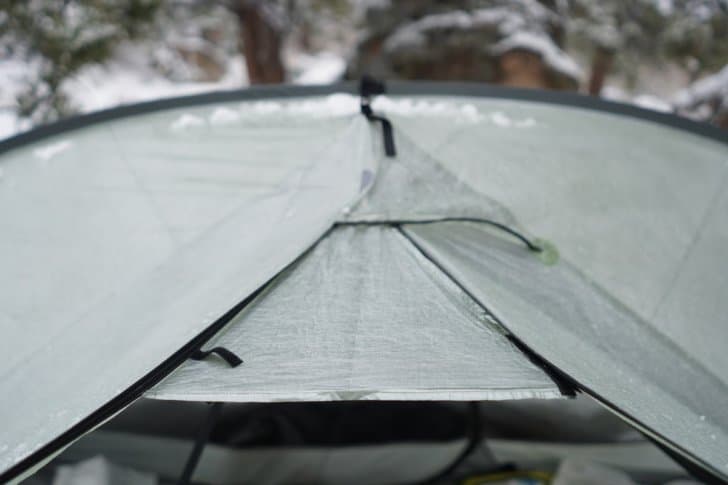 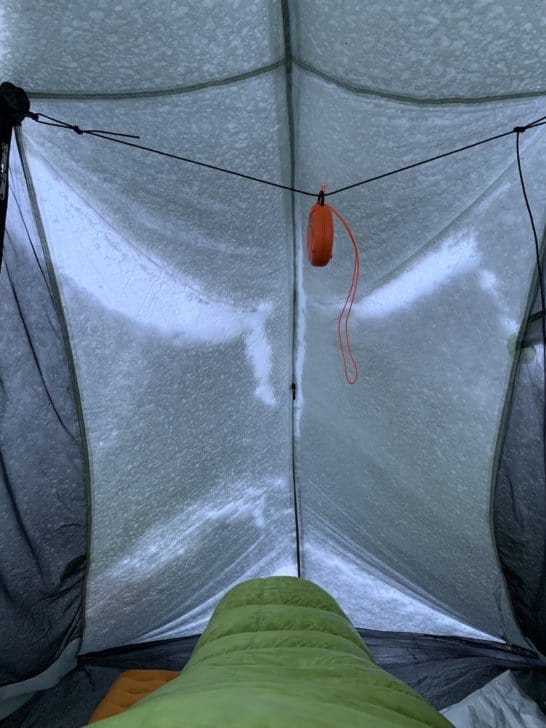 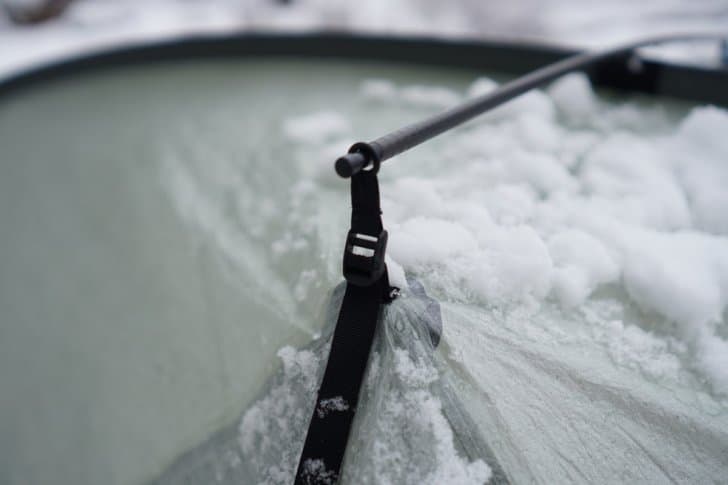 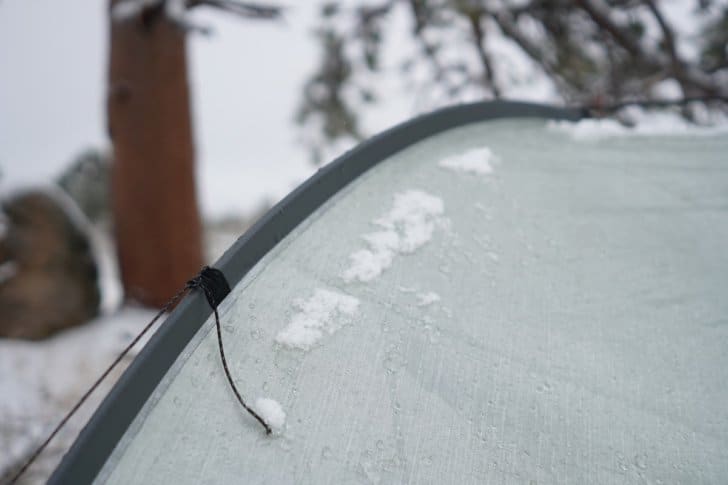 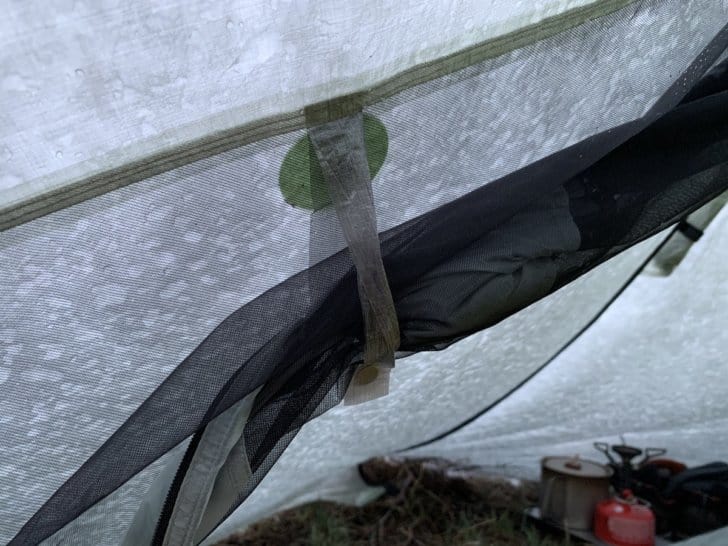 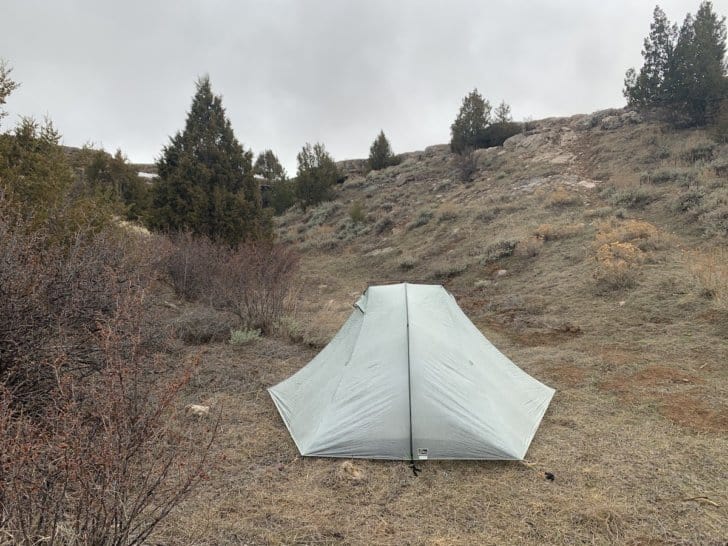 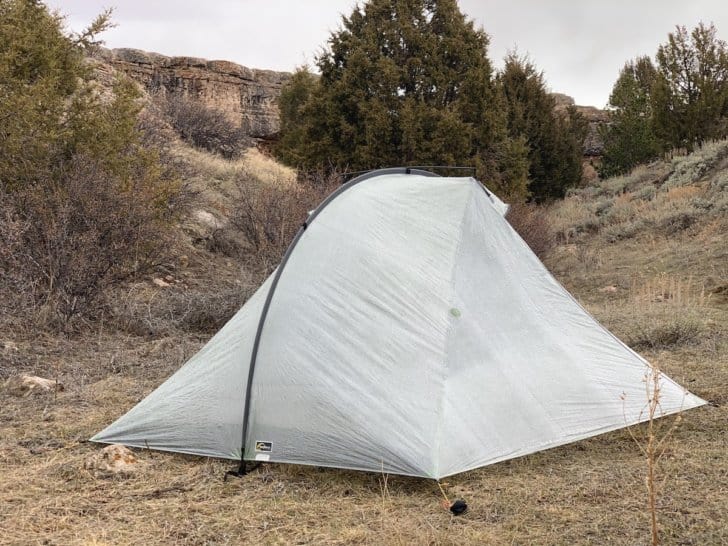 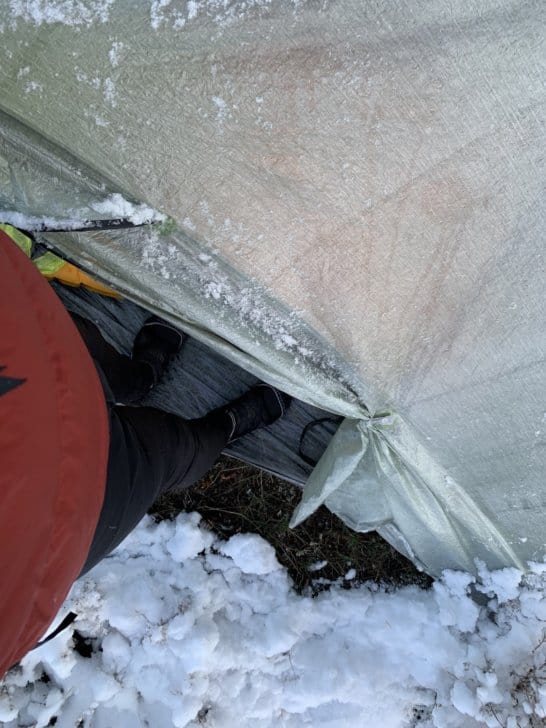 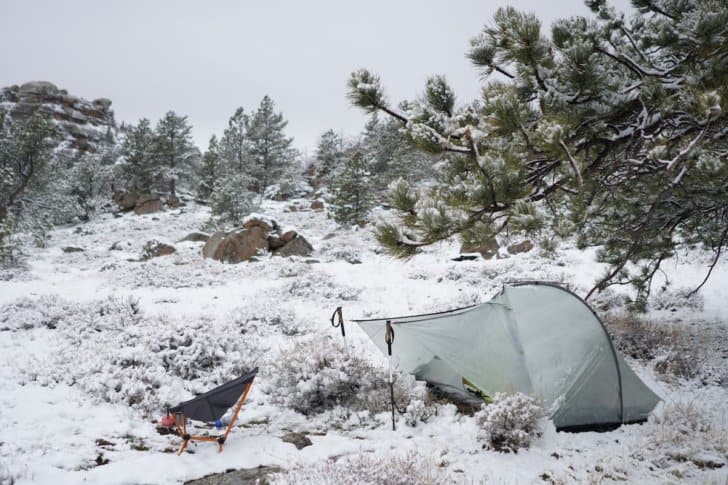 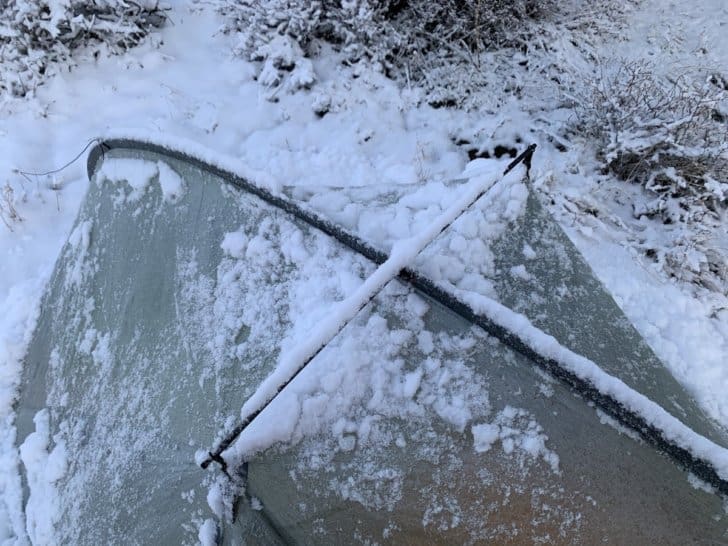 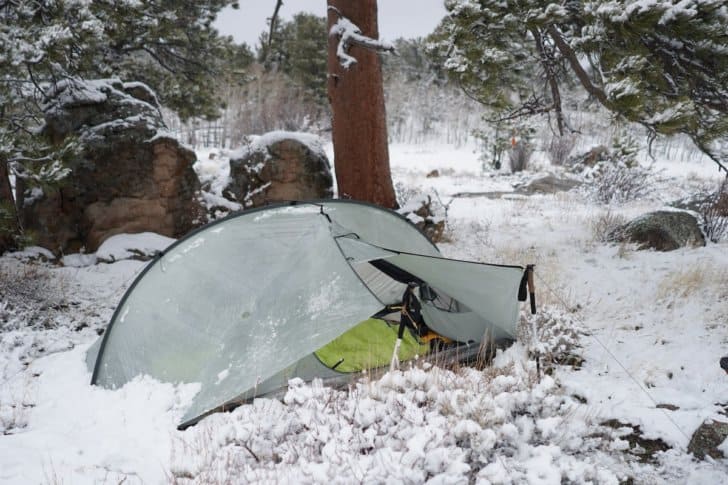 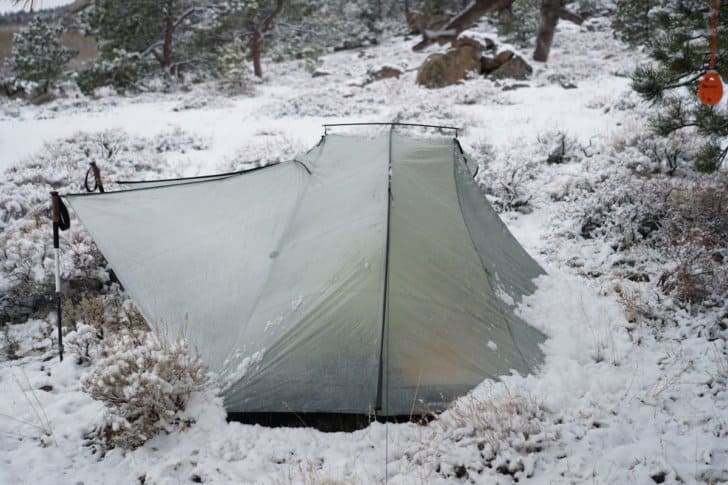 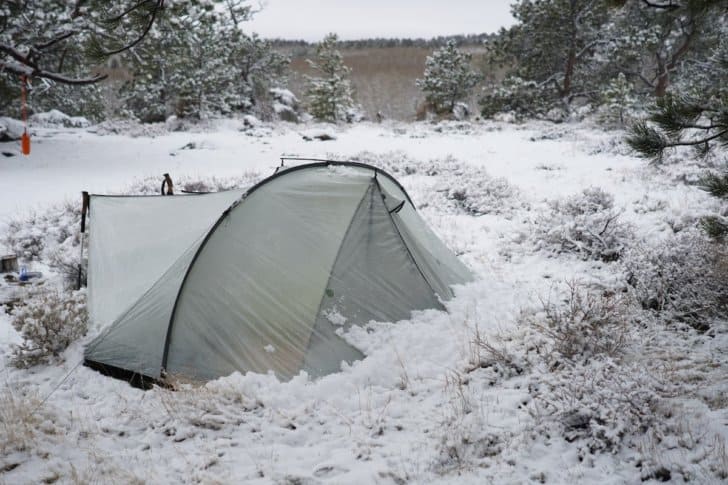 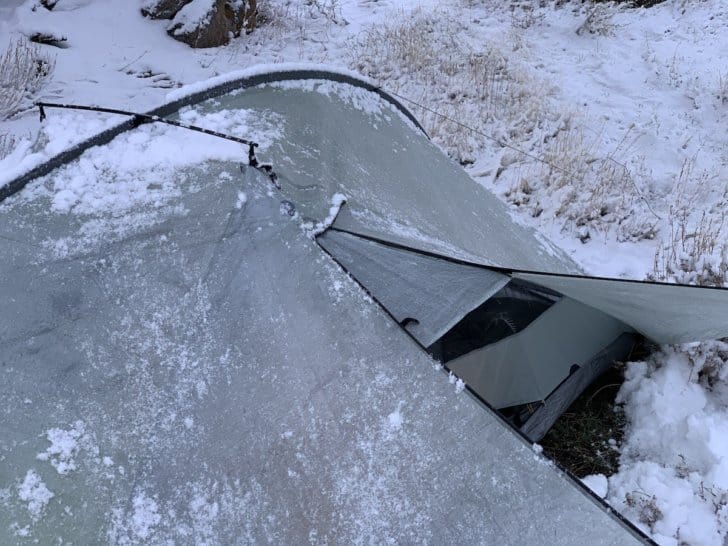 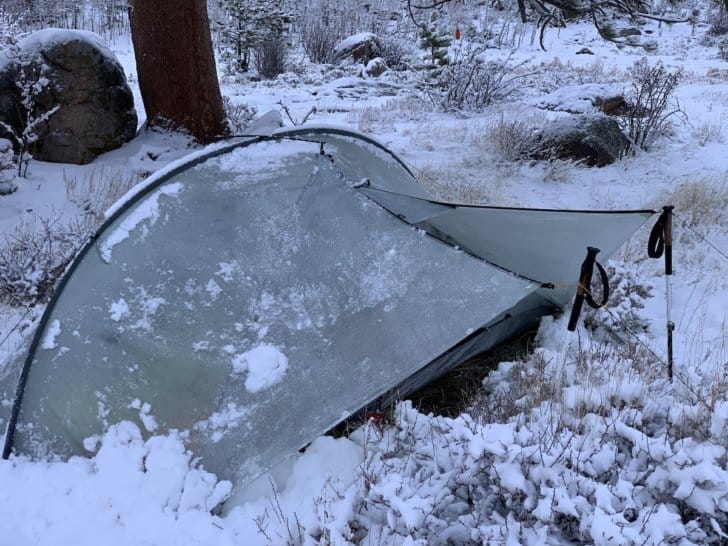 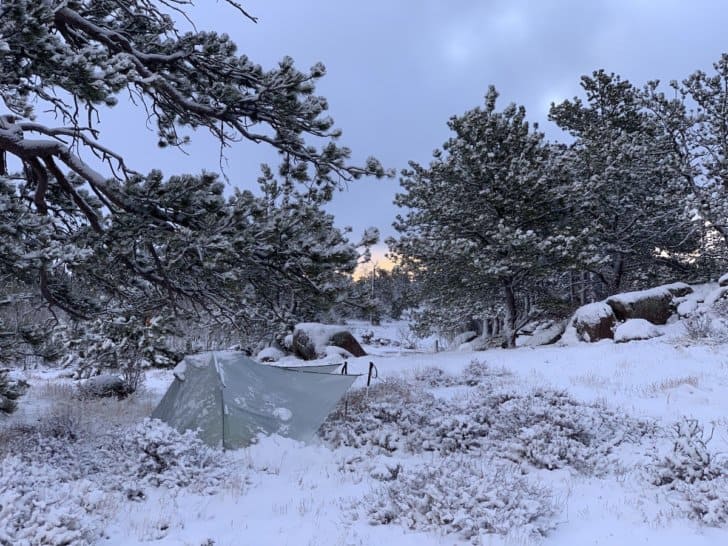 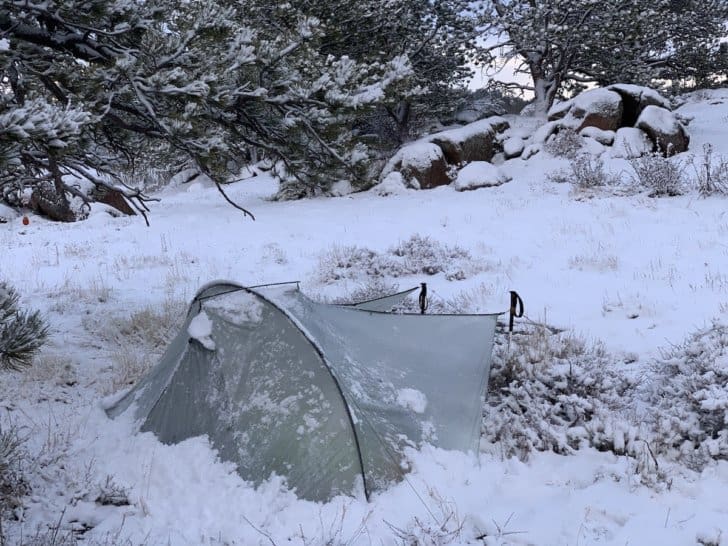 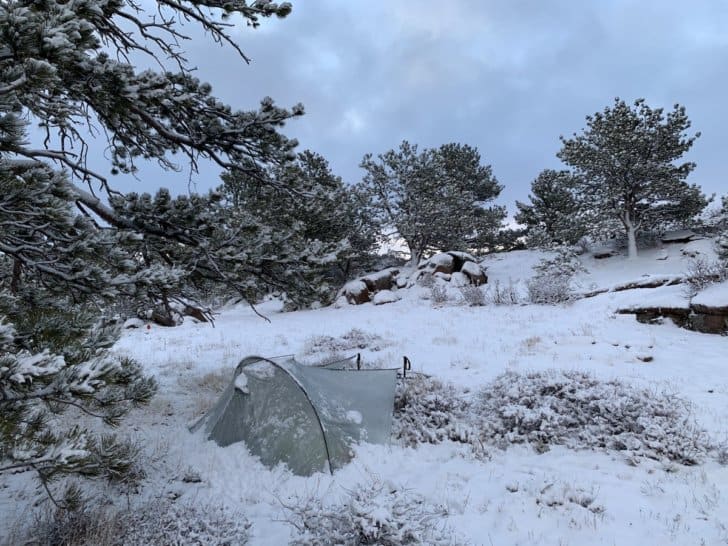 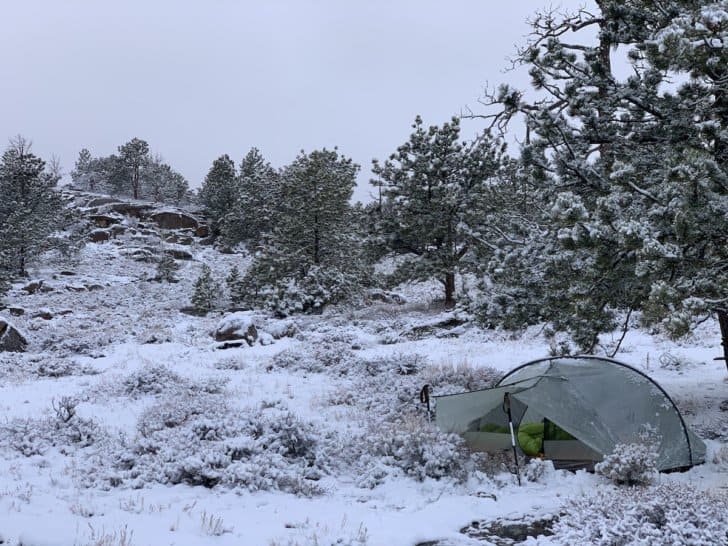 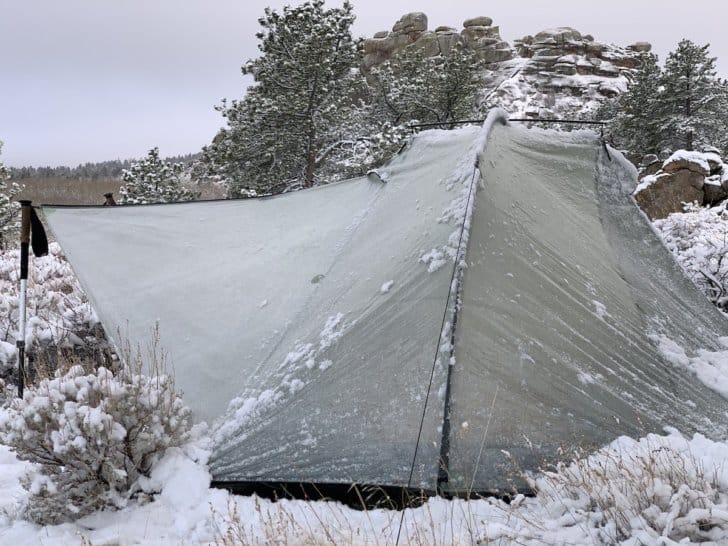 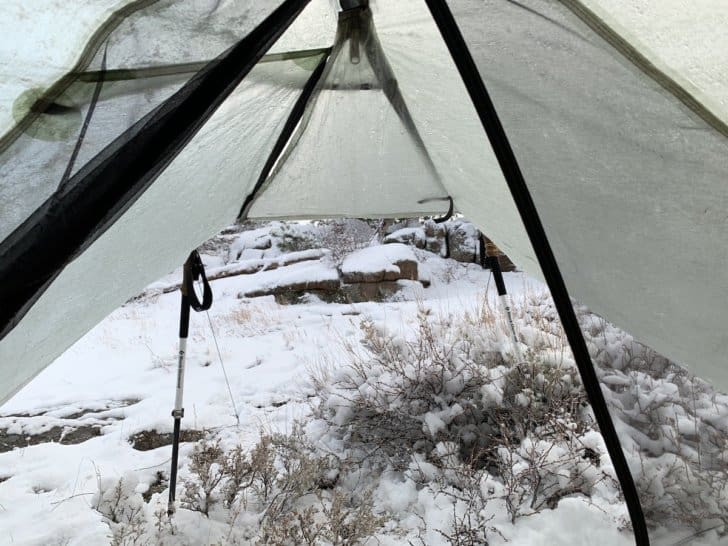 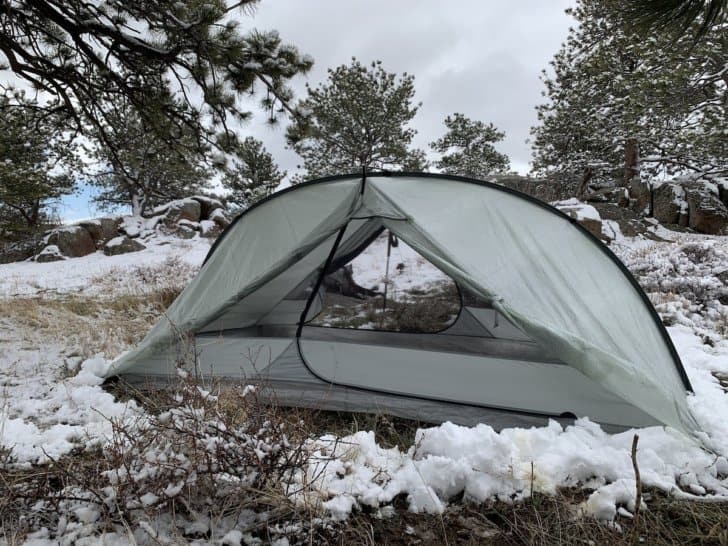