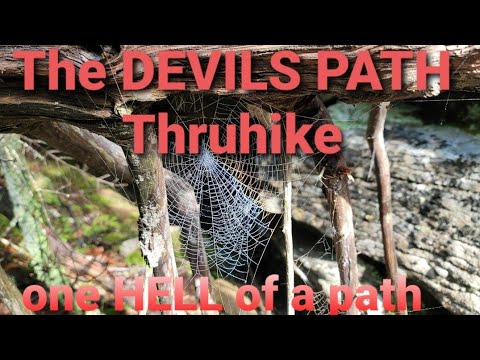 Just completed the 24 mile thruhike of the Notorious, Brutal Devils Path in the Catskills NY. This is one rugged tough hike. It is approximately 24 miles long with about 9000 feet of elevation gain! Yes.. up down up down up down up up up down down down!!

“Frequently called the most dangerous and toughest hike in the East, most hikers tackle this trail east to west in order to go up the steepest parts. You’ll bag five Catskills 3500′ peaks along the way: Indian Head Mountain, Twin Mountain, Sugarloaf Mountain, Plateau Mountain, and West Kill Mountain.  Plenty of viewpoints will reward your efforts.”

This trail is no joke! We completed it over 2 days, 1 night. Day 1 we trudged a total of 12 hours ( lunch and dinner break included ) and made camp at 8:30, just as the sun set. We camped off a spur trail, just below 3500 ft, on Southwest Hunter Mountain.  It was not a fancy camp site, no matter. I was so tired and beat down we just hung our hammocks,  made a quick fire for about 15 minutes (everything was sopping wet ), and quickly passed out for the entire night. It has rained in this area for last 2 weeks.. some very heavy rains, so as you can see in video, we were hiking in thick mud and thru streams of water. Diamond Notch waterfalls were gushing pretty strong also and it was nice to take a short break there before our trudge up West Kill mountain.  This trail is definitely a mental and physical challenge. I would recommend it to anyone looking for a little punishment and reward, lol. The video does no justice for the hard work put in. I could not film 90% of the time because I was cying, cussing and begging for it to end!! We completed it though, and that is something both of us will cherish for time to come.. bring on the next challenge! 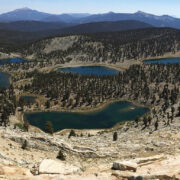 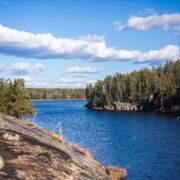 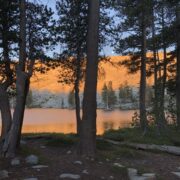 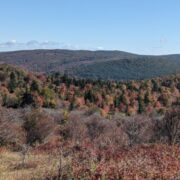