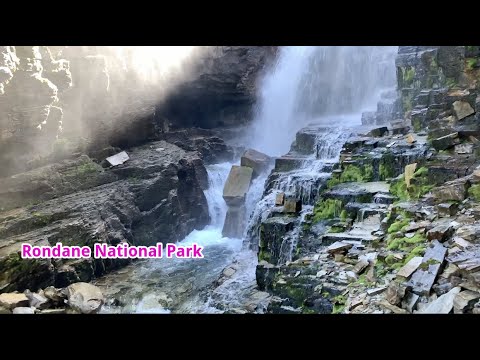 Navigation: the trails are extremely well marked. I did not consult either the map or the GPS at all.

Cons: A hassle getting to the trail head after season, be sure to camp in an unexposed area. The winds can be quite strong.

We had a few extra days in Norway and reached out to “The Norwegian Explorer”.  I had seen his youtube hikes and he recommend the route.  Thanks Jarl!

The logistic on trial were simple.  But the logistics of getting to the trail turned out to be a bigger challenge.  There is limited information in English.  Normally You can catch a train from Oslo bound for Trondheim.  And just jump off at Otta.   From Otta there is a daily Bus that runs to Mysusæter.

However “the season ends” the second week of August.  The train tracks to Lillhammer are repaired.  Instead of a train  to Otta and a Bus to the trailhead,  it’s a bus to Lillihammer,  a train to Otta and a $65 Taxi to Mysusæter and a few mile walk to the trailhead.  (Note: ther are only 4 Taxi drivers in all of Otta –  it takes a bit of time for one to pick you up)

Total travel time from downtown Oslo to the trail head should be about six hours.  For us it was 9.  (Including a stop for a meal in Lillhammer.)

The hike is stunning.   The tree line is about 1000 meters, so one quickly gets above it.  The trails are very clearly marked.  Pristine water is everywhere but the summits of the peaks.  The air is very clear.

We had limited time so we only did the western Leg as an overnight out and back.

A “Ferry” runs the on the lake along the Western Leg twice a day.   Once at 8 or 9 in the morning and once about dinner time.  You can catch it at the northern end lake back to the huts at the southern end.  We camped at the northern end of the lake. We thought we were the only person’s around but during the half mile walk south to the ferry dock with past five or six other camps, all of which were waiting for the morning ferry back to the huts.

I plan to return May and hike the entire loop in the counter clockwise direction.

Three Perfect Days in the Mok 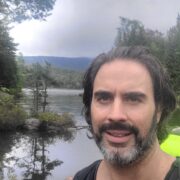