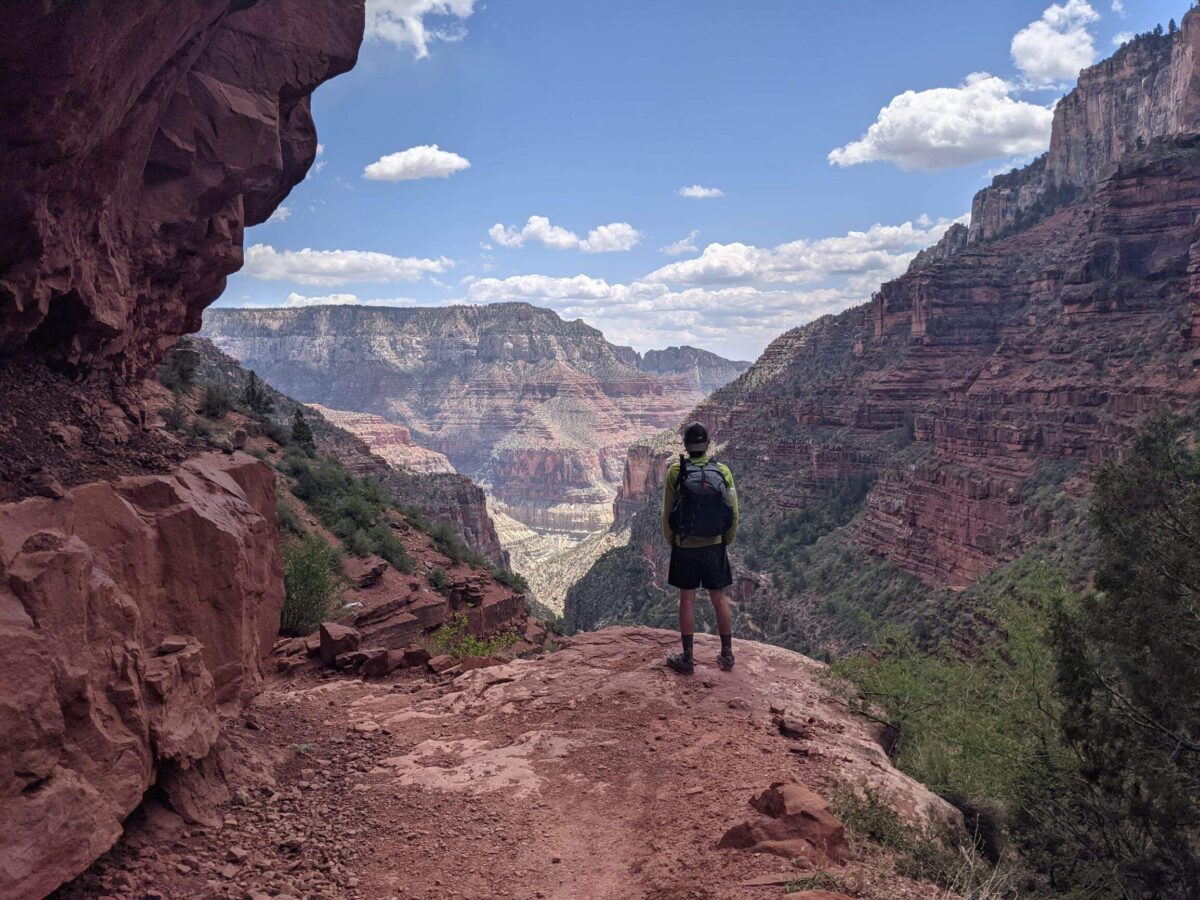 Awesome spring trip for late spring, when there’s too much snow in the Rockies where we live to do a week of backpacking up high but not enough for a cross country ski hut trip. We started near Vermillion Cliffs and climbed up from the desert plants and rock formations into the forest of the Kaibab plateau, gaining elevation until the North Rim.

The least exciting but still endlessly fascinating aspects of the 70 miles prior to the Grand Canyon were the extensive burn areas. While everything seemed touched by fire at one point, there was an 8 mile burn detour around what we can only assume was completely destroyed trail. However, the magnum fire detour was also severely, savagely burned, with the only green the the small, odd plants thriving in the primary succession of the area. The other-worldly landscape gave an eerie feel to our first night on the trail as we lay in our bivys watching the peak of a meteor shower.

It was intriguing to watch the flora change around us as we slowly climbed, from junipers to ponderosas to aspen and spruce. My grandfather, an avid hiker, hunter, ecologist and volunteer on archaeology trips all across Arizona had always told me about how the North Rim was his favorite place, but even with high expectations it did not disappoint. The only people we saw were AZT thru hikers going Northbound and the nice folks at Jacob’s Lake where we stopped for lunch (and very, very good cookies!).

Upon starting our descent into the canyon, we stopped every five minutes to examine something else that was crazy cool- plants that we’d seen on our hike up, completely new plants, lizards, rock formations, and of course, views into the canyon. A few dozen rim-to-rim trail runners passed us, some passing us twice, but we were happy to take our sweet time and marvel at everything that could be marveled at. While many thru hikers are able to get a day-of permit to camp in Cottonwood Campground or Phantom Ranch, the North Rim was still technically closed when we hiked through, so we had to apply for a permit months in advance. We decided on Cottonwood, and were happy to arrive, put our packs in the bear boxes (for the very insistent rodents) and hike down to Ribbon Falls on the recommendation of just about every NOBO hiker we had passed- again, it did not disappoint!

The weather report was calling for temperatures at Phantom Ranch in the upper 90s the following day, and we knew that we did not want to be either in the inner gorge or climbing out of it in the heat of the day, so we woke up early and were hiking well before sunrise. Because most people who do hike in the canyon go from the South Rim to the River, we saw maybe five or six people total as the light slowly filtered through the rock, lighting up formations in brilliant sun or slowly showing the colors of the wall by sunlight reflected a hundred times to get all the way down to the bottom. In contrast to our hike down the North Rim, where we called out to each other to look at all sorts of interesting things, this morning my wife and I were mostly silent, feeling the canyon, the sunrise, and thinking about the last day of our journey.

We made it to Phantom Ranch just in time for the cafe to open, and we had a very overpriced and very refreshing iced lemonade before starting the impending climb out. At this point, our packs felt much lighter due to the lack of six days of food and our reasonably good trail legs, but the climb was still quite a challenge. The first few miles we stopped often, and the last few miles we stopped more than often- as the sun climbed higher and the walls stopped casting shadows, we crammed ourselves into any chance for shade to cool off and rest our lungs. This last seven miles was marked by lots and lots and lots of tourists, many of whom we wondered how they would ever make it back up as they nonchalantly walked down to the river with barely a string-cinch backpack and shoes that probably should have stayed on the rim. We could tell how close we were to the top by the relative unpreparedness of the people hiking down, and after a tough, slow, beautiful climb with breaks galore, we stepped over the canyon rim.

All in all, 100 miles of well marked trail with lots of trail-angel supplied water, amazing views and lots of solitude was perfect to bring my wife into the world of backpacking past our previous one night out-and-back trips. We hope to return soon for another 100 miles- at this rate, we’ll be AZT completers within this decade.

6 days, 5 nights. Permit required for camping in GCNP, must get months in advance. Jacob Lake has gas station resupply plus some extra nice things, and are very familiar with hikers (also a nice inn if you want a Nero or Zero). Only natural water sources were the Colorado and Bright Angel Creek, but plenty of wildlife tanks and trail angel provided gallons at trailheads. The trail from the Jacob Lake to the North Rim is heavily snowpacked into late May some years, but the road is often used as a snow alternate route. Facilities on the North Rim and road south from Jacob Lake do not open until mid May. No water from the Colorado to the South Rim if you take South Kaibab Trail, but a couple spots available on Bright Angel Trail. Guthooks performed great as our navigation and water source guide. 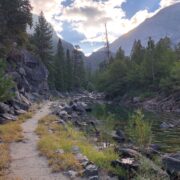 Grand Canyon of the Tuolumne Fastpack 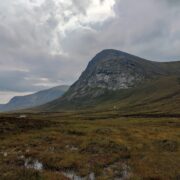 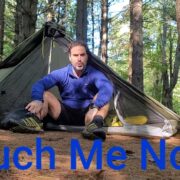 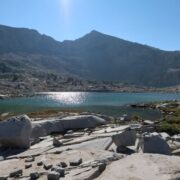