Ever since my first son, Jasper, was born in October 2002, I stated my desire (without much dissent from Carmen, my then-wife) that we continue our adventure travels. Carmen and I had traveled to New Zealand in early 2001, just a few months after we had met, and in November 2001, we went trekking in Nepal and visited Thailand for our honeymoon. Less than three months after Jasper was born, we ventured off to Kauai.

Travel and adventure were in my blood, and it was something I wanted to expose my children to when they were really young. Over the next few years, we took several family vacations to Hawaii, spent two weeks in Tuscany and went on various trips throughout the continental United States.

And then there were the Sierras.

My dad used to take my brother, Jeff, and I and sometimes a couple friends or extended family members to Yosemite almost every year until my mid-teens.

After I obtained my driver’s license when I was 16, my friends and I would continue my annual tradition of going to Yosemite, sometimes twice a year. There were very few years that I missed driving up there and seeing my favorite place in the world.

And my visits to Yosemite almost every year continued for the next three decades, whether it was going with a friend, a group of friends, girlfriends or my wife.

It was a tradition I wanted to continue with my children.

And so I did. We took Jasper to Yosemite and Mammoth Lakes when he was just a toddler in the early 2000s, and at one point, Carmen and I purchased a vacation cabin in Mammoth, just a hop, skip and a jump from Tuolumne Meadows in Yosemite. The annual trips to the Sierras continued, sometimes multiple trips in the same year.

Our summer Sierra trip in 2018 marked the ninth anniversary of “Hike Pie Toy.”

Nine years prior, I knew I had to pull something out of my bag of parental tricks to get the boys to go hiking with me. I would always make the hikes easy, and I would insist that they go, but there were plenty of times I was gritting my teeth while they moaned and complained.

They had hiked many times before the advent of Hike Pie Toy. Back when Jasper was two and AJ was still a baby, I took them to Tuolumne Meadows in Yosemite and distracted them by teaching them how to count in French: “Un, deux, trois, quatre, cinq.” And then I would blurt out, “Poop!’

That worked as a distraction on hikes for a couple of years. And then it didn’t.

Little kids generally don’t want to take long hikes. And my boys would often resist my early attempts to take them hiking, though I would plow right through their objections with thoughts to myself like, “You can be miserable at home or you can be miserable on vacation.” Hike Pie Toy was essentially an idea to bribe my kids to hike. They were four and six at the time.

Based on the memorable three-word title of Elizabeth Gilbert’s memoir Eat Pray Love, I invented Hike Pie Toy. I might have called it for what it was, Hike Bribe Boys. But that seemed a bit too direct.

The deal with my sons would be as follows: as part of our annual summer trip to the Sierras, we would set out early in the morning for a drive to Mosquito Flats at the end of the road past Rock Creek Lake, about a 30-minute drive from Mammoth Lakes.

The Mosquito Flats trailhead elevation was about 10,000 feet, but the hiking was relatively easy for children, with only slight elevation gains. The hike generally took about 90 minutes, and we would stop halfway at a stunning scenic overlook where we could look down below at a lake and all around us and see the magnificent snow-capped peaks. We would take turns looking at a particular piece of scenery that caught our eye and then describe in a sentence or two why we liked it or what it meant to us.

After the hike, it would be off to Pie in the Sky, the restaurant just a stone’s throw from Rock Creek Lake and a couple of miles from the Mosquito Flats trailhead. The owners of Pie in the Sky baked some of the freshest and tastiest pies in the world.

And then, for many years, it was off to a toy store in Mammoth, usually to buy some Legos.

By the summer of 2018, the boys were too old for toys. And on that visit that July, they didn’t even want the pie. But they still wanted to do Hike Pie Toy—even though it was just Hike. They looked forward to hiking now.

I know first-hand how difficult it was to get my kids outdoors. They much preferred being on their electronics, whether it be computers, iPads, iPhones, xBox, etc. I knew that if this was happening in my household, most families were also finding it to be a struggle. So just as I had dedicated part of my parenting time to getting my kids outdoors.

Almost five years ago, I was diagnosed with third stage pancreatic cancer, which by most statistics is a death sentence. Through trial and error, and perhaps grace and luck, I found a path to health which I have written about in my book “Life is a Ride: My Unconventional Journey of Cancer Recovery.” I’m not plugging it. I’ll give it away for free to anyone who wants a copy. That said, Amazon has it priced REALLY cheap right now.

I am convinced that staying connected with my children and continuing to take them on outdoor vacations contributed to my healing process. 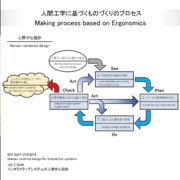 HOW TO PLAN Ergonomic gear 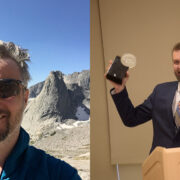 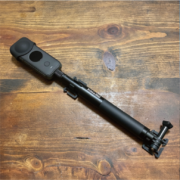 3D printing of MoLLE attachment for Insta360 ONE X2 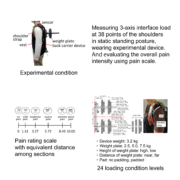