You are here: Home / New Features / Followed in Plain Sight

Jagged rocks and enormous boulders lay scattered throughout the forest, hidden under the shelter of autumn’s fallen leaves. Each step felt as if a needle was penetrating through the frail soles of my raggedy turquoise trail runners. Up in the vibrant blue sky, the sun smiled radiantly upon my friend and me as we trekked through a short section of the Pennsylvania Appalachian Trail. Our goal was to hike thirty miles in three days on the AT, from Delaware Water Gap to Wind Gap, a stretch that is beautiful but brutal as hell.

Pennsylvania was a state that scared me because of all the banter regarding how horrible the rocks are, but I needed to have the mental challenge to prepare myself for my winter AT thru-hike. Embracing the suck is exactly what I did, and I leaped for joy when a change to rockless terrain offered relief. There were numerous challenges while hiking the second day—the water source was turned off at Kirkridge shelter, rocks were in great abundance, and sweltering humidity drained us all. 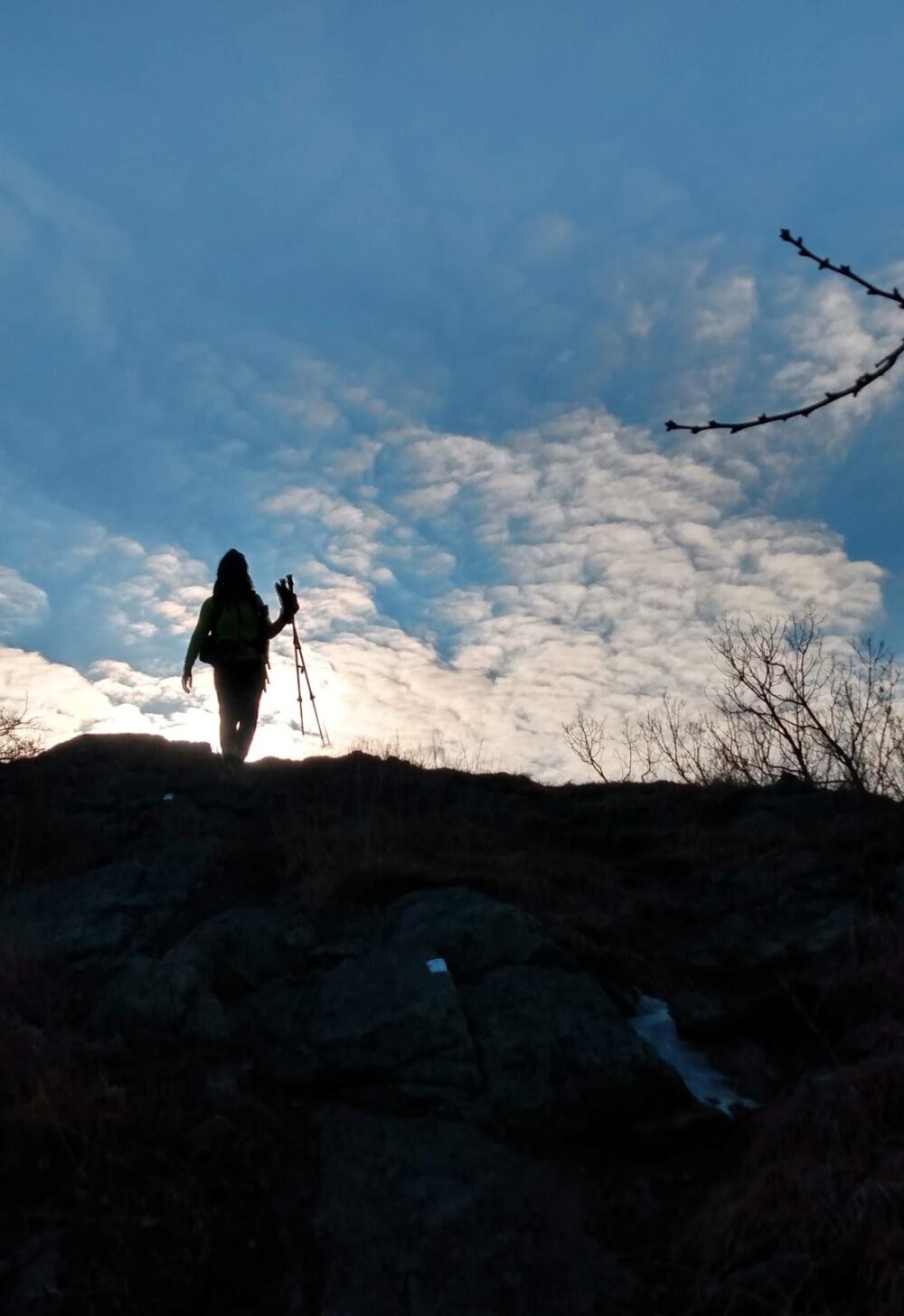 Music played through one headphone in my left ear as I sang along merrily down the trail with not a care in the world. I felt ready to take on the last six miles of the day. Everything in the forest was blissful, from the sleepy rhododendron to the pincushion lichen flourishing down below—and then it all flew away in the wind. Out in the distance, I noticed a lanky white man who appeared to be in his early thirties, standing behind a tree. As we started to walk by him, my energy did a full 180. Dark energy invaded the atmosphere like a pack of vultures on a fresh kill; shivers ran down the ridges of my spine.

“A—r—e you guys ….thru-hiking” he stammered, nearly unable to stand. His knobbly knees could barely support his muscular body. He swayed back and forth like an old tree waiting to crash to the Earth. Billows of smoke dissipated in the air, but there was no scent to be found. Marijuana was not his choice of substance, but he definitely appeared to be on something.

A long navy-blue duffle bag lay in his hands, similar to a punching bag. There was no gear that indicated that he was a hiker. Great. I turned to my friend and noticed the orange Garmin device on her backpack, and I sighed. At least we had that option. I was hoping not to communicate with this man, but I knew to engage in conversation and look him in the eye, let him know that I did indeed see him. My friend gave a firm, “yes” and we kept walking.

We looked at each other and knew it was time to hike at substantial speed with a sense of urgency. We knew that was our best chance. We had no wish to confront a man who might be under the influence of drugs.

I assumed my friend was no stranger to this event; neither was I. This is the narrative of many women who hike and camp alone or in a pair. Our biggest fears are not bears, venomous rattlesnakes, or disease-carrying ticks—it is men. This excerpt from a 2017 Outside Magazine poll will be eye-popping to male readers but unsurprising to female ones. “Fifty-three percent of respondents said they’d been sexually harassed while recreating. Of those, 93 percent have been catcalled, 56 percent have been followed by someone (by foot, in a car, or on a bike), 18 percent have been flashed, and 4 percent have been attacked.”

The poll goes on to say, “when asked if you’ve ever felt afraid for your safety while recreating, 66 percent said yes. What are you most concerned about when it comes to safety? Thirty-four percent said “men” or “getting assaulted/harassed.” “Bears” came in second with only 12 percent.”

There were no weaknesses here. For one, I had my dog, who would have gladly defended me, and secondly, we were two very well-prepared ladies. I learned a few self-defense moves and how to attack with gear items such as a trowel and trekking poles if need be. One of my good friends taught me to always walk through the forest with my head up, always be aware of my surroundings, and greet everyone you pass for identification and intimidation purposes. No creep wants to be identified and looked in the eye. They want you to be oblivious. These types of men are like black bears. They want an easy meal, not one that is going to put up a fight. They want to claim the power.

Adrenaline does something spectacular to the body in which you become almost superhuman. I had no idea how fast I could walk over a sea of rocks up and down the mountain until I had to.

Every time I turned around, he was still lurking in the distance, staring straight at us. I stared back at him because I knew that showing fear, no matter how scared I was – well, fear wasn’t an option. After half a mile we finally lost him. We took a breath of fresh air after what seemed like an eternity. Our minds seemed to have blurred the events of what just occurred, and we could barely recall any of the terrain we had just traversed over. For a moment in the forest, we did not care about the naked trees, autumn’s vibrant leaves, or the warm drops of sweat running down our faces. We only cared about our safety.

Over the summer, I had thoroughly read about the twelve murders that had occurred on the Appalachian Trail. Googling safety on the AT became a sort of an obsession as I wanted to be prepared rather than scared. 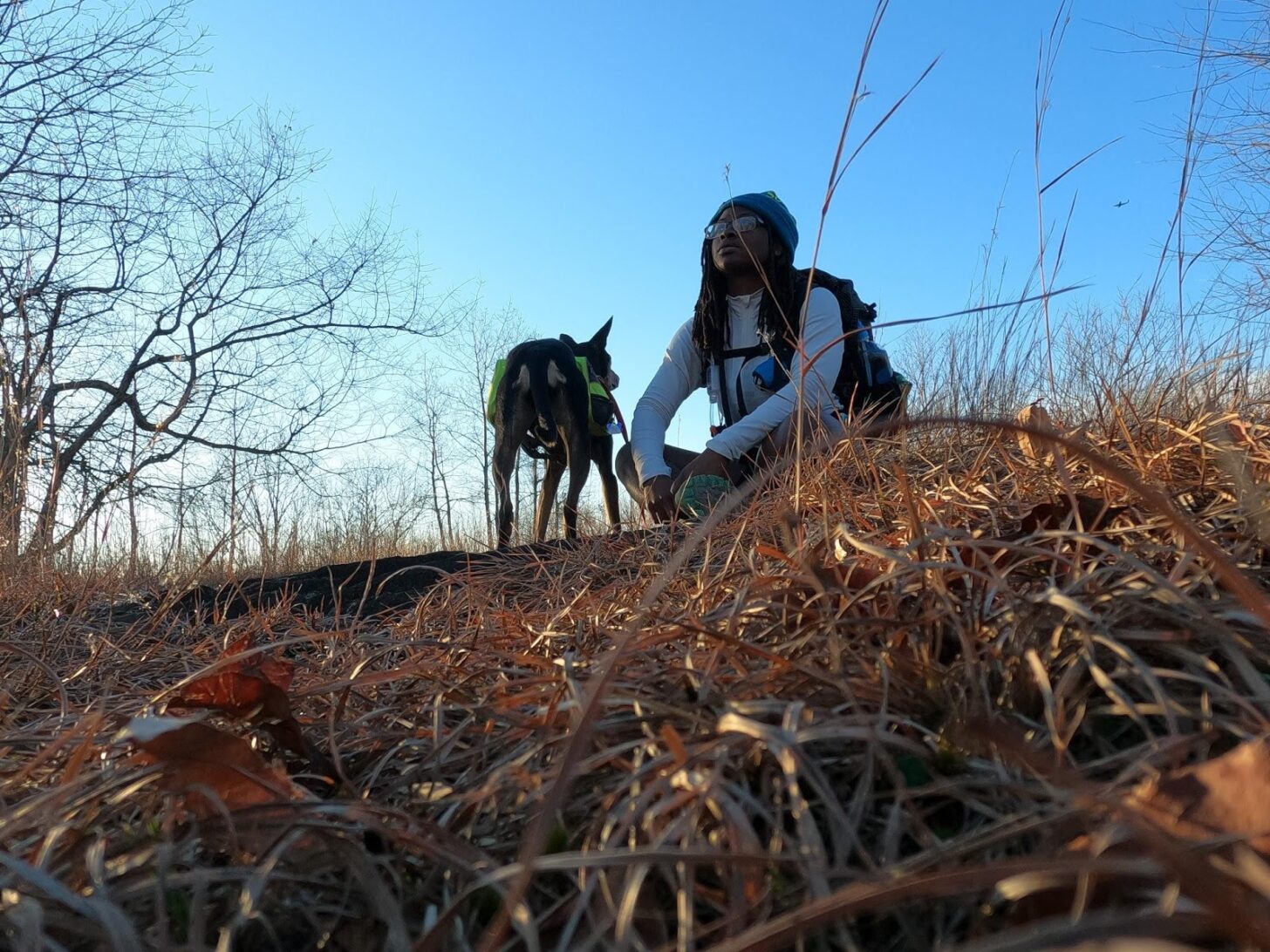 The author and her dog.

As a Black woman in the forest, my safety is my utmost concern as racism does not end on the trail. Being a woman comes with baggage that I wish we did not have to carry. Being followed, strange men walking into camp, and inappropriate comments are beyond frightening, and my incident is not isolated. These traumatic events prevent or discourage women from hiking or camping alone due to concerns about men preying on them.

Over the summer I hiked with women from a northern New Jersey hiking group who have expressed great concern about their safety while hiking. They have called me brave for trekking alone. It burdens my heart that we live in a world where women’s biggest threats are men. We have to take precautions and be vigilant no matter where we go in fear that a predator could be lurking around a tree waiting to attack. When we tell others we are hiking alone, their responses are “Really? You’re going alone,” or “You should bring a strong man along to protect you.”

Yes. I am going alone. I do not walk in fear, though at times I am afraid. I carry weapons for my protection, and I am learning self-defense. Carrying a Garmin InReach, SPOT, or other GPS tracking device along with a knife-necklace, mace, bear spray, etc., can offer a great sense of protection not only for women on the trail but also loved ones back at home. It shouldn’t be this way, but it is. 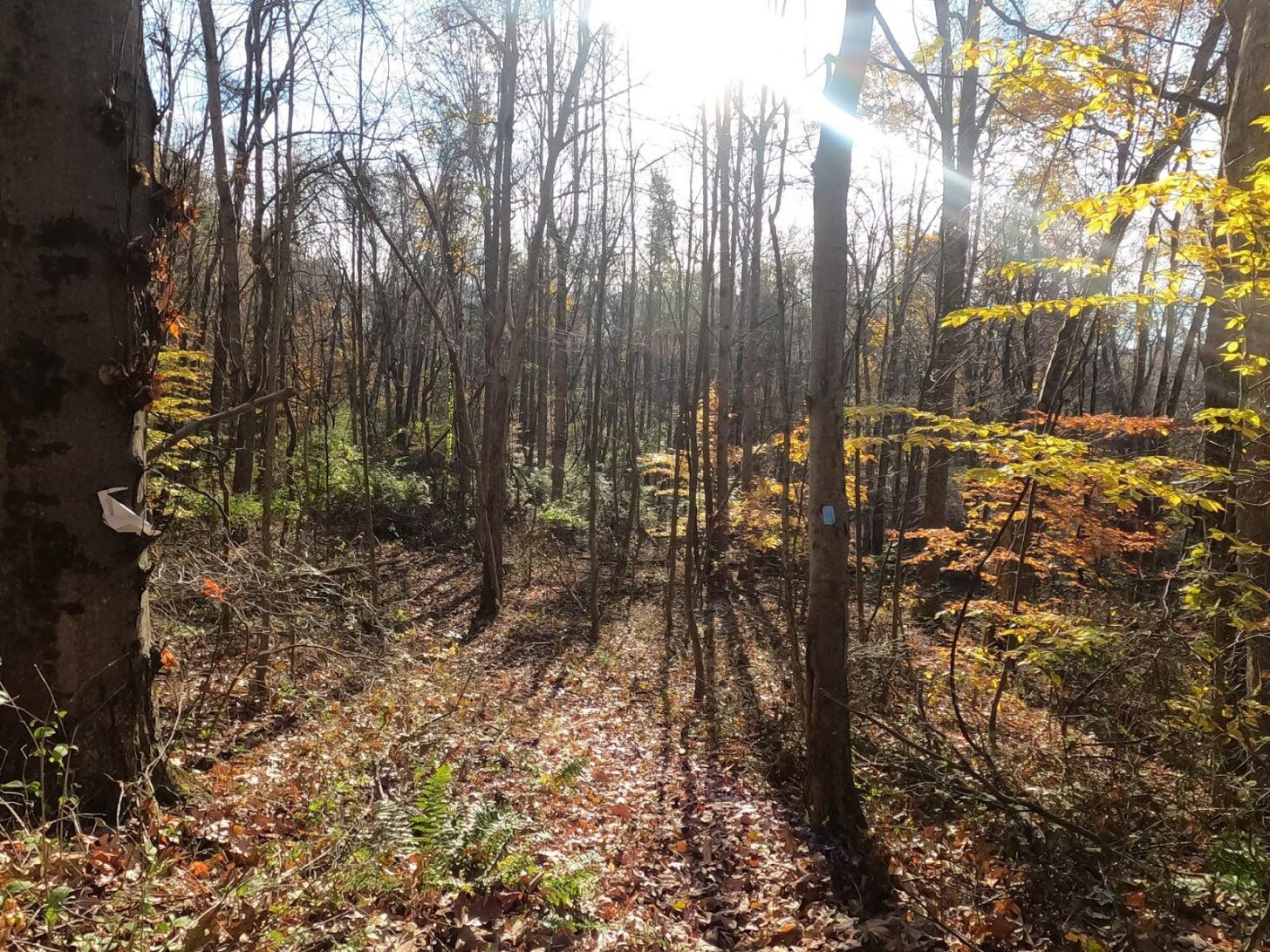 The empty spaces in America can be dangerous for women. Women have to live under the constant burden of extra precautions.

Every step in the forest is a mindful one. Little changes and knowledge can make potentially life-threatening interactions much safer, and I encourage women hikers to learn as much about self-protection as they can. And I encourage white men to listen to my voice, share this article with other white men, and have hard conversations with peers. I want the predominately white, predominately male world of backpacking to understand that it is different for people who aren’t white or male.

It shouldn’t be this way.