You are here: Home / News / Trend Reports / Dyneema, Cuben Fiber, and the Future of Outdoor Gear

January 9, 2016: Some clarification has been made regarding the role of ZPacks vs. Hyperlite Mountain Gear as the “most popular” or “best known” or “largest buyers” of Cuben Fiber among US manufacturers. Also, we’ll be adding comments and observations based on brief interviews with cottage companies about the long-term outlook for Cuben Fiber in their product lines. We are still waiting on comments from some other people we interviewed for this story, and will incorporate them as they come in.

The introduction of Dyneema (a.k.a., Cuben Fiber) fabrics is one of the most exciting developments to hit the ultralight outdoor gear niche over the past several years. With the introduction of several new cottage manufacturers, the acquisition of Cubic Tech, and innovation in ultralight gear made with Cuben Fiber / Dyneema, there are exciting times ahead.

Watch ‘Ultralight’: A Short Documentary Film by the Dyneema Project

‘Ultralight’ is a short documentary film sponsored by the Dyneema Project, a public relations campaign of DSM Dyneema designed to increase awareness of and promote innovative design in gear and apparel made with Dyneema fabrics. 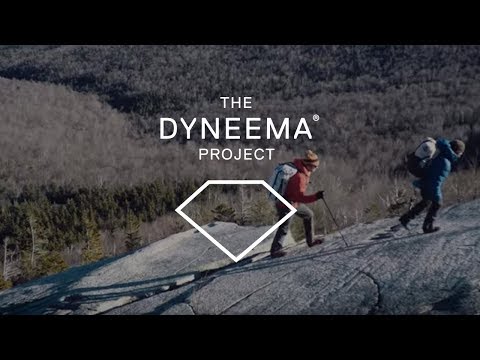 DSM Dyneema purchased Cubic Tech in May 2015, the manufacturer of ‘Cuben Fiber’. Cuben Fiber is a family of nonwoven fabrics comprised of waterproof (and sometimes breathable) film faces (e.g., mylar) bonded to (or sandwiched between, or sandwiching inside) a crisscrossing layup of strengthening fibers (e.g., Dyneema/Spectra). The resulting fabrics are well-known for their high strength-to-weight ratios.

Silicone-impregnated nylon (a.k.a. ‘silnylon’) has been the gold standard for many years for fabrics used in ultralight applications requiring waterproofing, such as tarps, tents, and rain ponchos. Most of the lightest silnylon fabrics suitable for outdoor gear weigh in the range of 1.2 to 1.4 osy (ounces per square yard). In contrast, Cuben Fiber fabrics used in similar applications weigh 0.5 to 0.8 osy, and depending on the construction quality and design engineering of the finished product, can result in a stronger piece of equipment.

Is Silnylon Dead? What about a Cuben Fiber / Dyneema Shires’ TarpTent?

Silnylon has been a staple in the ‘ultralight’ cottage industry for many years, and remains the primary fabric for shelters made by small companies such as TarpTent, Six Moon Designs, and Mountain Laurel Designs.

In previous communications with TarpTent, it doesn’t appear that its founder, Henry Shires, has an interest in replacing silnylon with Cuben Fiber anytime soon. “Unfortunately, Cuben Fiber and affordable can’t be put in the same sentence,” Henry told me in an email exchange this past July.

The cost of materials may certainly be one barrier for Shires, who prices TarpTents competitively ($250 to $350 for most two-person models), but manufacturing techniques present a barrier as well. TarpTent manufacturing is outsourced to domestic factories who may not have the manufacturing capabilities and skills required to construct the seams (which require precision taping) that join Cuben Fiber fabric panels. “The problem with Cuben Fiber is performance under stress and the need to seam tape everything,” said Shires. “Simple Cuben Fiber structures (like basic pyramids) are ok to hand seam-tape when the curvatures are gentle since they can be done flattened on the table but a nightmare when the curvatures are more extreme and can’t be done on a table.” Shires admitted that at this time, TarpTent has neither the interest nor time to do hand seam-taping for complex curvatures.

An initial response by the ultralight backpacker may be one of disappointment. I for one would love to have a Cuben Fiber TarpTent! However, I’m not sure I’d be willing to drop a thousand dollars or more on one. Shires has developed a successful, long-term, sustainable business model and in spite of its shortcomings when compared to Cuben Fiber, silnylon remains a proven material for lightweight shelters, especially when seam lines are complex curves. I don’t see Cuben Fiber being used in any of Shires’ curved-pole designs (e.g., Scarp or Moment) anytime soon, but I wonder how long Henry can resist the temptation to ignore the possibility of using Cuben Fiber in a less-complex shape. Personally, I could get very excited about a Cuben Fiber Stratosphire – one of the few TarpTent designs that could stand to benefit greatly in a Cuben Fiber version.

Cuben Fiber isn’t ignored by the rest of the cottage industry. Six Moon Designs has been dabbling in Cuben Fiber for several years, but their manufacturing capability for working with Cuben Fiber is limited. When we last field-tested a Cuben Fiber version of the Skyscape shelter, inadequate cut-and-sew precision limited the shelter’s ability to be pitched taut for good storm resistance, and lack of sewn-seam taping in tie-out areas resulted in stitches ripping out when the shelter was subject to high winds.

Mountain Laurel Designs has successfully offered a mix of both silnylon and Cuben Fiber in their shelters (tarps and pyramids), both of which have garnered high acclaim from users. In our field testing of Mountain Laurel Designs Cuben Fiber shelters, it’s clear that proprietor Ron Bell knows what he’s doing: they are impeccably cut, sewn and taped, and suggest that he’s paying close attention to designing for the fabric, rather than just slapping a new fabric on an existing design.

ZPacks and HyperLite Mountain Gear have built their entire business model on a foundation of Cuben Fiber. Interestingly, ZPacks is one of the few cottage companies manufacturing apparel made with breathable versions of Cuben Fiber. I’ve used ZPacks Challenger Raingear for several seasons now and find it to be as comfortable as anything I’ve tried from any other manufacturer. ZPacks apparel lacks the attention to fit detail that has made active users such as climbers gush over brands like Patagonia and Arc’Teryx. However, the backpacker will find the weight savings offered by raingear made with Cuben Fiber, that probably sits in the bottom of their pack on most summer days, well worth the sacrifice in precision fit.

ZPacks is likely the largest buyer of Cuben Fiber amongst US manufacturers, and the best-known manufacturer of CF gear and apparel within the backpacking community. Hyperlite Mountain Gear is better known in the outdoor industry at large (based on data from our internal surveys across various niches, especially outside of “ultralight backpacking” and “thru-hiking”). Its packs and shelters have been on the market for several years, with its designs refined and proven on some of the most outrageous expeditions in the world. Of all of the Cuben Fiber shelters on the market today, the Hyperlite Mountain Gear UltaMid remains the only one I would trust in severe, blizzard-class winter weather above the tree line. 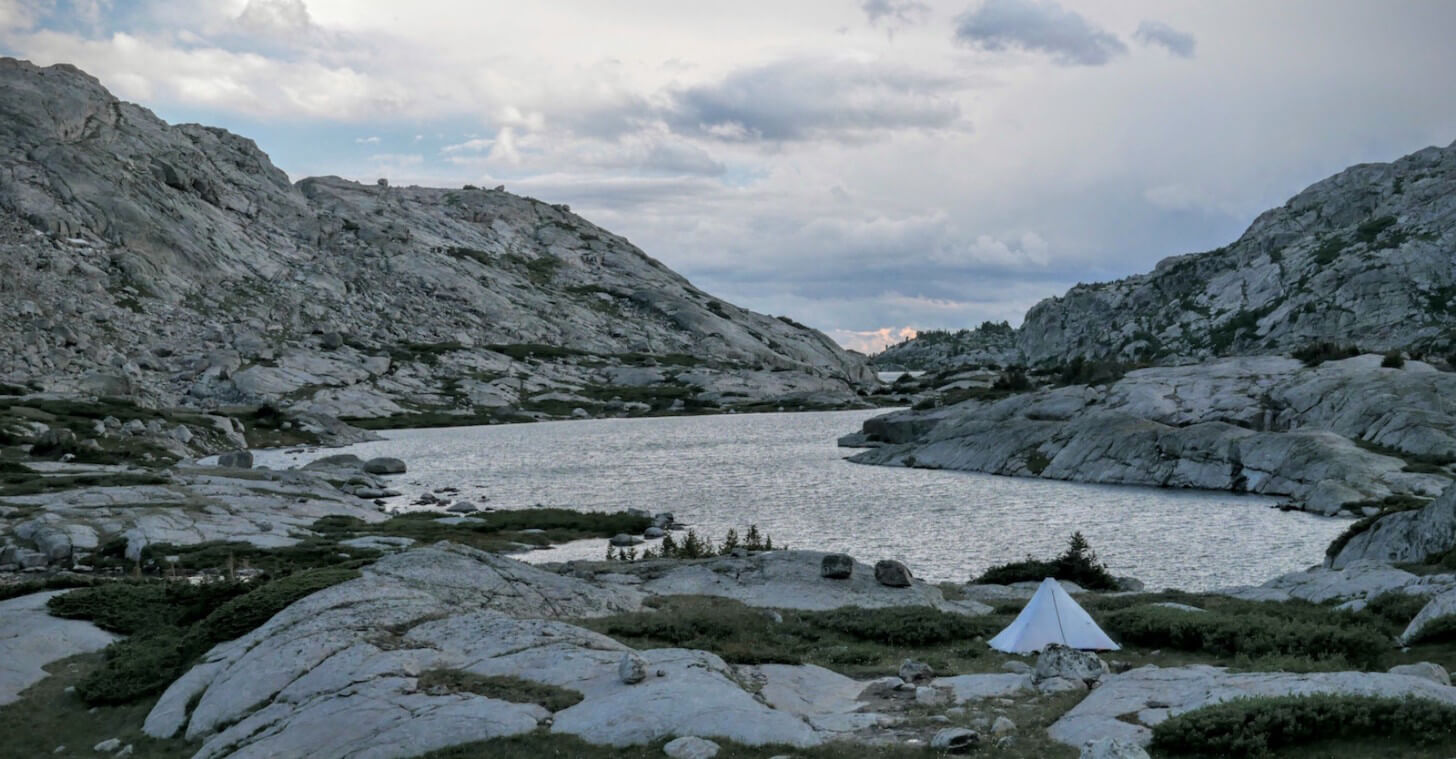 How Will the DSM / Dyneema Buyout Impact Us as Consumers?

There’s plenty of speculation about how this buyout will impact consumers. You can read last years’ predictions and notes from our favorite ultralight prophet here, who put together an excellent piece that summarizes potential impacts on the cottage industry.

Here are the highlights of what we are hearing from cottage manufacturers so far:

As the film suggests, I want to believe that exciting times are ahead for the outdoor industry in general, and for the cottage industry in particular, as a direct result of Cuben Fiber (now to be called “Dyneema”). Now that DSM Dyneema has their manufacturing, distribution, and marketing engine behind Cuben Fiber fabrics, I think the best is yet to come for apparel and gear for ultralight backpacking, hiking, and other forms of human-powered wilderness travel where weight is of great concern.

But higher prices and volume minimums can only serve to slow down innovation from the very seeds that created the innovation in the first place: passionate users building beautifully functional gear in their garage and turning their ideas into the companies we love.

Note: I have no financial, in-kind sponsorship, or any other affiliation with any of the companies listed in this article. I have purchased, and currently own and use, Cuben Fiber products from Mountain Laurel Designs, ZPacks, Hyperlite Mountain Gear, and Locus Gear.